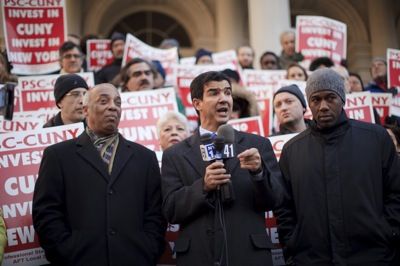 (Right) Also on Dec. 8, parents and employees of the city’s day-care system marched from Bowling Green to City Hall to speak out against the Bloomberg 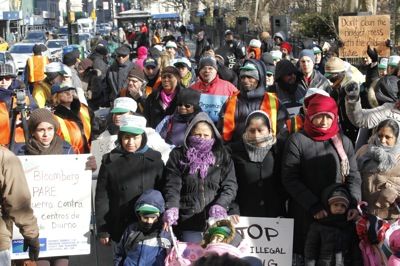 administration’s plan to close 16 day-care centers and eliminate 3,650 slots for toddlers despite receiving $29 million in federal stimulus money to keep the centers open. “This administration ignores the pleas of working families and slashes programs with no regard for its effect on the budgets of parents or community stability,” said Mabel Everett, president of Local 205 District Council 1707, which represents 6,000 day-care workers in more than 350 centers throughout the city.