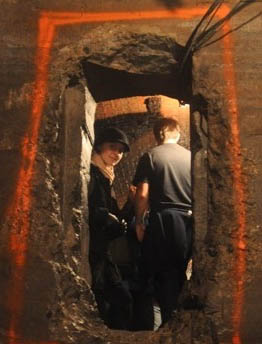 For those staying in NYC over the holidays — do something fun and avoid the usual crowds.

The underground has been on our minds a lot lately, spurred largely by the “Underbelly Project” — the street art exhibit staged in an unbuilt and inaccessible subway station, whose massive media coverage has reignited interest in ex­ploring other unused, abandoned and out-of-the-way city property.*

Some of the old stations are well known. For an easy one, stay on the downtown 6 train after the last stop — Brooklyn Bridge — and watch as it loops around through the old City Hall Station, which was built in 1904 and closed in 1945. The 18th Street station on the Lexington line and the 91st Street station on the Seventh Avenue line were each closed down after the platforms of neighboring subway stations (located at Union Square and 86th Street, respectively) were lengthened in the 1940s and 1950s. You can still see them from a passing train.

But there’s also at least one opportunity to see an abandoned subway station on foot — legally. Every other Sunday, in downtown Brooklyn, hundreds of people line up and descend, one by one, down a manhole in the middle of Atlantic Avenue.

They show up to explore the Atlan­tic Avenue tunnel, one of the most bragged-about, mythologized and misunderstood places in New York Transit lore, and also the world’s oldest subway tunnel (operational from 1844 until 1861).

Bob Diamond rediscovered the sealed-up tunnel in 1982, and has been leading tours ever since. His tour includes information about the discovery and creation of the tunnel, as well as other stories that’ll make you lose your faith in city government all over again as you wander in the warm, slightly damp underground that still bears impressions of train tracks.

Each tour is a unique experience; on a re­cent December afternoon we heard stories of river pirates, German World War I-era saboteurs, Manhattan mountain ranges, poison gas and five-foot-tall rats. Many people believe that the hidden far end of the tunnel holds an abandoned steam locomo­tive. Last year Bob announced he’d made a deal with National Geographic to fund and film the excavation, but the project is still contingent on city approval. 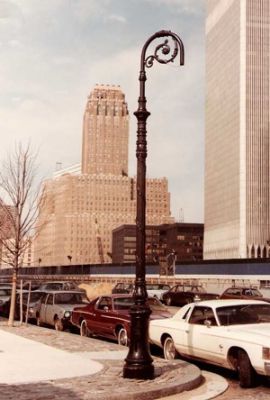 In other stories of old New York: the City Reliquary, repository of all things endear­ingly musty, is in the last month of “Forgot­ten City Lights: A Photographic Archive of NYC’s Street Lampposts.” The show, which is curated by Kevin Walsh, the blogger and webmaster of forgotten-ny.com, features drawings, blueprints and photographs taken by MTA employee Bob Mulero, who’s been photographing lampposts since the 1970s.

The lampposts “show an often overlooked history of the city that is available to all residents and passersby,” Dave Herman, the museum’s founder, told me. Unlike many of the city’s community spaces, the Reliquary, which was founded in 2002 in a ground-floor apartment, still retains its commend­ably unpretentious aura.

As much as the items on display, the visit itself feels like going through someone’s at­tic. On display is an entire wall of photos of the Statue of Liberty, a cornucopia of New York City tap water in a variety of contain­ers and geological tidbits that tell the story of New York.

“Forgotten City Lights” runs through January and will be followed by an exhibi­tion about pizza slices.

HOW TO GET THERE:

The City Reliquary is at 370 Metropolitan Ave.; you can find them at 718-782-4842 (when they’re open) or at cityreliquary.org. Always free (but donations are accepted).

To reserve a spot for the Atlantic Tunnel tour, call 718-941-3160. The next two tours will take place Dec. 19 and Jan. 9. The tour costs $15, which goes to the Brooklyn His­toric Railway Association, the nonprofit cre­ated to preserve and promote the tunnel (visit brooklynrail.net). Bring your own flashlight.

*“The Underbelly Project” is created by more than 100 street artists at an undisclosed un­derground location believed to be the never-completed South 4th Street station in South Williamsburg. After The New York Times cov­ered the show, the surge of interest from urban explorers prompted a parallel surge in police presence at the site, who have since arrested more than 20 visitors for trespassing.