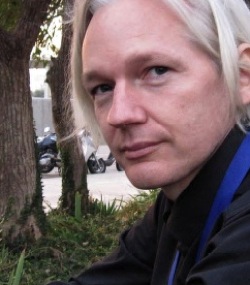 All you need to know about Julian Assange’s value as a crusading journalist is that The New York Times and most of the world’s other leading newspapers have led daily with stories based on his WikiLeaks releases. All you need to know about the collapse of traditional support for the constitutional protection of a free press is that Dianne Feinstein, the centrist Democrat who chairs the Senate Intelligence Committee, has called for Assange “to be vigorously prosecuted for espionage.”

Writing in The Wall Street Journal, Feinstein, who strongly supported the invasions of Iraq and Afghanistan, has the audacity to call for the imprisonment of the man who, more than any other individual, has allowed the public to learn the truth about those disastrous imperial adventures — facts long known to Feinstein as head of the Intelligence Committee but never shared with the public she claims to represent.

Feinstein represents precisely the government that Thomas Jefferson had in mind when he said, in defense of unfettered freedom of the press, “[W]ere it left to me to decide whether we should have a government without newspapers or newspapers without a government, I should not hesitate a moment to prefer the latter.”

In the 1787 letter in which he wrote those words, Jefferson was reflecting the deep wisdom of a political leader who often had been excoriated by a vicious press that would make the anarchist-inflected comments of Assange seem mild in comparison. More than 35 years later, after having suffered many more vitriolic press attacks, Jefferson reiterated his belief in a free press, in all its vagaries, as the foundation of a democracy. In an 1823 letter to Lafayette, Jefferson warned: “The only security of all is in a free press. The force of public opinion cannot be resisted when permitted to be freely expressed. The agitation it produces must be submitted to. It is necessary, to keep the waters pure.”

It is precisely that agitation that so alarms Feinstein, for the inconvenient truths she has concealed in her Senate role would have indeed shocked many of those who voted for her. She knew in real time that Iraq had nothing to do with the 9/11 attack, yet she voted to send young Americans to kill and be killed based on what she knew to be lies. It is her duplicity, along with the leaders of both political parties, that now stands exposed by the WikiLeaks documents.

That is why U.S. governmental leaders will now employ the massive power of the state to discredit and destroy Assange, who dared let the public in on the depths of official deceit — a deceit that they hide behind in making their claims of protecting national security. Claims mocked by released cables that show that our puppets in Iraq and Afghanistan are deeply corrupt and anti-democratic, and that Al Qaeda continues to find its base of support not in those countries but rather in Saudi Arabia, Kuwait and the United Arab Emirates.

It is unconscionable to target Assange for publishing documents on the internet that mainstream media outlets have attested had legitimate news value. As in the historic case in which Daniel Ellsberg gave The New York Times the Pentagon Papers exposé of the official lies justifying the Vietnam War, Assange is acting as the reporter here, and thus his activities must be shielded by the First Amendment’s guarantee of journalistic freedom.

It is outrageous for any journalist, or respecter of what every American president has claimed is our inalienable, God-given right to a free press, not to join in Assange’s defense on this issue, as distinct from what increasingly appear to be trumped-up charges that led to his recent voluntary arrest in London in a case involving his personal behavior. Abandon Assange and you abandon the bedrock of our republic: the public’s right to know.

Robert Scheer is the author of nine books including The Pornography of Power: How Defense Hawks Hijacked 9/11 and Weakened America. A longer version of this article originally appeared on Truthdig.com.

MIRRORING THE TRUTH
As The Indypendent goes to press, more than 1,800 websites around the world are mirroring WikiLeaks. For a full listing, see wikileaks.ch/mirrors.html. For more on the case of U.S. Army Private Bradley Manning, who is accused of providing hundreds of thousands of government documents to WikiLeaks, see couragetoresist.org.