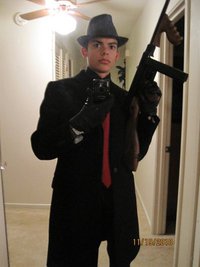 Those of us who work in the gun control movement understand as well as anyone why a push for nonviolence is desperately needed in the United States. Two incidents that occurred within the span of a week last month reminded me of how ingrained—and absurd—the culture of violence is in our country.

On December 9, I traveled to MSNBC’s studios in Washington, D.C. to appear on “NewsNation with Tamron Hall.” I was scheduled to comment on two new National Rifle Association (NRA) lawsuits in Texas. One lawsuit challenges a 42-year-old federal law that bars handgun sales to those under the age of 21 by federally licensed dealers. The other targets a 15-year-old Texas law that prohibits those under the age of 21 from carrying concealed handguns in public.

The NRA’s 18-year-old plaintiff in these cases, James D’Cruz, has made headlines by posting a series of violent and disturbing comments on his Facebook page over the past three years. Here’s a sampling of his musings, which bring to mind such infamous figures as Columbine shooters Eric Harris and Dylan Klebold, as well as Viriginia Tech gunman Seung Hui-Cho:

There is no redemption, There is no forgiveness. I will stare into your eyes as I pull the trigger and laugh as you hit the ground with your last, pathetic breath.

im bored…ill light someone on fire

an eye for an eye leaves the whole world blind, thats why I take their heads.

Anyway, I walk into the MSNBC waiting room that day, and immediately see breaking news on their television screens. NewsNation was providing live coverage from Escondido, California, where law enforcement authorities were burning down a house that contained the largest stockpile of explosives ever found in a private dwelling (which made it too dangerous to enter and clear out by hand). It is unclear why the home’s owner, George Jakubec, was stockpiling high explosives, bomb-making materials, handmade grenades, guns, and ammunition. He is also suspected of robbing three San Diego banks.

After a few minutes, I was walked into a private studio, put in front of a camera, and even had a mike clipped on my suit jacket—but the images of this startling fire were just too good to resist. A voice in my earpiece told me they would not have time to air my segment. Could I come back some other time?

The irony of being preempted by a bomb maker as I was preparing to talk about a potential school shooter was not lost on me.

The following week, things got even stranger. I was called by the CBS affiliate in Pittsburgh (KDKA) to appear on NewsRadio 1020 with conservative host Mike Pintek. Mike wanted to talk about four shootings that had recently occurred in Western Pennsylvania. 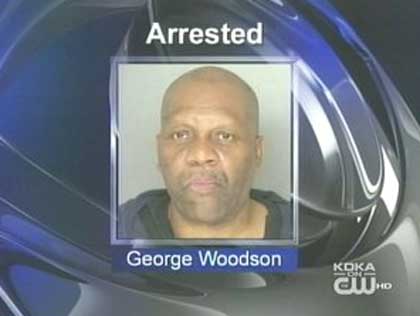 The circumstances behind the shootings differed widely: A garage owner who shot a pistol-wielding robber and killed him … A 21-year-old man who was killed with his own gun by his ex-girlfriend’s current boyfriend after showing up at her townhouse one night… A 62-year-old home owner who fired 4-5 rounds into a car containing a man and his girlfriend because he believed the man was “throwing bricks at his house” (the man was hit in the leg and wounded) … And finally, a 20-year-old woman who wrestled a gun away from a teenage robber in an alley late one night and shot him to death.

When Pintek introduced our segment on December 17, he openly celebrated all of these shootings, describing them as justifiable homicides (or attempted homicides) by “law-abiding” citizens. He opined that those killed in these incidents were thugs and criminals who were a drain on society—they were worthless and should not be missed.

I took a different tact. I stated that while two of the shootings appeared to be justified given the scant facts we had on hand—the ones involving the garage owner and the 20-year-old woman—the other two were clearly not. Two young men fighting over a woman is not cause for murder. Nor is a brick being thrown at a house, if indeed that happened. Furthermore, I noted that the violence in all these incidents escalated because of the unbelievably easy access that Americans—including children, criminals, and those with impaired judgment—have to firearms. That didn’t sit well with Pintek, but we agreed to disagree and parted ways politely.

I was therefore surprised to receive an instant message shortly thereafter from a friend who had tuned into the show. “Did you hear what Pintek did after you signed off?” she asked. She then informed me that he had read a comment on the air from a listener who took exception to my remarks…and stated that he wanted to shoot me. This was apparently just fine with Pintek—he made no mention that shooting people who disagree with you is neither morally or legally justifiable.

The email I sent that day to Pintek’s program director, Marshall Adams, seeking his comment and plan of action regarding this threat has yet to be answered.

For some reason, weeks like the ones described above just make me more determined to prevent the loss of life to gun violence, and to build a more peaceful society. I suspect that many of you who write and comment here at Waging Nonviolence are the same way. Thank you for your good works and for gaining energy from adversity.