This article was originally published on CommonDreams.org, from The Guardian/UK. 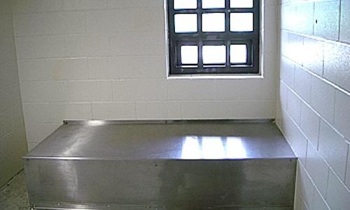 For the past few weeks, progressive commentators have been burning with outrage over the prison conditions endured by accused WikiLeaks source, Private Bradley Manning. For more than seven months, Manning has been held in 23-hour-a-day solitary confinement at a Marine brig in Quantico, Virginia, denied sunlight, exercise, possessions, and all but the most limited contact with family and friends. The conditions of his detention are being discussed, lamented and protested throughout the left-leaning blogosphere, and few of those taking part in the conversation hesitate to describe Manning’s situation as “torture”.

Bradley Manning’s treatment undeniably deserves this attention. But while Manning’s punishment is cruel, it is far from unusual. According to available data, there are some 25,000 inmates in long-term isolation in America’s supermax prisons, and as many as 80,000 more in solitary confinement in other facilities. Where is the outrage – even among progressives – for these forgotten souls? Where, for that matter, is some acknowledgment of their existence?

To be fair, a few of the writers who champion Manning have mentioned in passing the widespread use of solitary confinement in the United States. But more often, these writers – and their readers, if comments are any measure – have gone to some lengths to distinguish Bradley Manning from the masses of other prisoners being held in similar conditions. Whether explicitly or implicitly, they depict Manning as exceptional – and therefore, as less deserving of his treatment and more worthy of our concern.

Frequently, writers and readers make the point that Manning is being subjected to these conditions while he is merely accused, rather than convicted, of a crime. Perhaps they need to be introduced to the 15-year-old boy who, along with several dozen other juveniles, is in isolation in a jail in Harris County, Texas, while he awaits trial on a robbery charge. He is one of hundreds – if not thousands – of prisoners being held in pre-trial solitary confinement, for one reason or another, on any given day in America. Most of them lack decent legal representation, or are simply too poor to make bail.

We have also seen articles suggesting that Manning’s treatment is worse than the standard for solitary confinement, since he is deprived even of a pillow or sheets for his bed. Their authors should review the case of the prisoners held in the St Tammany parish jail, in rural Louisiana. According to a brief by the Louisiana ACLU:

“After the jail determines a prisoner is suicidal, the prisoner is stripped half-naked and placed in a 3′ x 3′ metal cage with no shoes, bed, blanket or toilet … Prisoners report they must curl up on the floor to sleep because the cages are too small to let them lie down.”

The cells are one-fourth the size mandated by local law for caged dogs.

There is, rightly, concern over the damage being done to Manning’s mental health by seven months in solitary. Seldom mentioned is the fact that an estimated one third to one half of the residents of America’s isolation units suffer from mental illness. They include a 17-year-old inmate who, according to the ACLU, “was so traumatised by his deplorable treatment in the Montana state prison that he twice attempted to kill himself by biting through the skin on his wrist to puncture a vein.” During his ten months in solitary confinement, the teenager was Taser-ed, pepper-sprayed, and stripped naked in view of other inmates; “his mental health treatment consisted of a prison staff member knocking on his door once a week and asking if he had any concerns.”

Finally, many have argued that the nature of Manning’s alleged crimes renders him a heroic political prisoner, rather than a “common criminal” like most others. Those who take this line might want to look into the Communications Management Units at two federal prisons, where, according to a lawsuit filed last year by the Center for Constitutional Rights, prisoners are placed in extreme isolation “for their constitutionally protected religious beliefs, unpopular political views, or in retaliation for challenging poor treatment or other rights violations in the federal prison system”.

All of these cases are “exceptional” – but only in that they earned the attention of some journalist or advocate. Most prisoners held in solitary confinement are, by design, silent and silenced. Most of their stories – tens of thousands of them – are never told at all. Since solitary confinement is now used as a disciplinary measure of first resort in prisons and jails throughout the country, it is anything but exceptional. Inmates are placed in isolation for months or years not only for fighting with other inmates or guards, but for being “disruptive” or disobeying orders, or for having contraband (which can be a joint, a cellphone, or too many postage stamps). In many prisons, juveniles and rape victims are isolated “for their own protection” in conditions identical to those used for punishment.

In fact, if solitary confinement is “torture” – or at the very least, cruel, inhuman and degrading punishment – then it shouldn’t matter what a prisoner has done to end up there. The treatment of Bradley Manning, which has introduced many on the left to the torment of solitary confinement, may present an opportunity for them to measure their own tolerance for torture. They might begin by asking themselves whether solitary confinement is wrong, and worthy of their attention and outrage, only when it is suffered by people whose actions they admire.

James Ridgeway is senior Washington correspondent for Mother Jones, and co-editor of Solitary Watch. James began his career as a contributor to the New Republic, Ramparts and the Wall Street Journal. Later, he was co-founder and editor of the political newsletters Mayday, Hard Times and the Elements.

Jean Casella is a freelance writer, editor and publishing consultant, and co-editor of Solitary Watch.