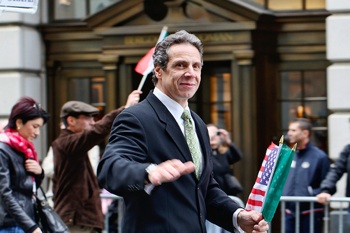 With the slow recovery from the Great Recession of 2008–2009, New York State’s budget situation remains precarious.

Most states are in a similar position, since their revenues have dropped more than at any time since the Great Depression of the 1930s. State tax collections, adjusted for inflation, are still 12 percent below pre-recession levels while the need for state-funded services has grown. At least 46 states struggled in 2010 to close budget shortfalls. There is no let-up in sight. Federal fiscal relief to the states has greatly diminished, and most of it is scheduled to end in mid-2011.

New York State’s revenues are projected to grow by 5 percent in the coming budget year, but the winding down of federal fiscal relief will cost it more than $5 billion, mainly in the areas of Medicaid and K-12 education. Fiscal relief to the states is still urgently needed — yet in August the Democratic-controlled Congress could only muster a modest six-month extension (through the first half of 2011) of increased Medicaid assistance.

Medicaid costs borne by New York are also climbing in next year’s budget because one million New Yorkers lost employer-provided health insurance in the recession — and many of those people are turning to Medicaid as a last resort.

The pace of the national recovery is slow¬er than it should be, partly because the continuing pressure on state budgets is forcing states to cut spending and/or increase taxes. Already, the loss of state and local government jobs is a major drag on the tepid recovery, and the relative decline in such jobs is much greater in New York than for the nation as a whole.

There is tremendous public resentment over the causes of the economic crisis. The recession was clearly the result of Wall Street’s excesses, yet conservatives have succeeded in deflecting the focus of public animosity to government. Republicans rode the tsunami of economic anxiety and insecurity to victory at the polls, even though they lack any realistic strategy to boost the recovery and reduce unemployment. Now they claim a mandate to reduce government, at all levels, at all costs. Cutting government will exacerbate unemployment and retard the recovery — but for Republican leaders that doesn’t matter, because they believe a still-weak economy in 2012 will lead voters to deny President Obama a second term.

Attacks on public pension funds never mention the tremendous stock market losses pension funds suffered during the financial crash, which were certainly not caused by public employees. Not surprisingly, these attacks often come from political forces who supported corporate raids on private-sector pensions over the last generation, and who are now seeking cuts in Social Security benefits. It’s an agenda that is harmful to the retirement security of all Americans.

Following the September 2008 financial meltdown, Wall Street firms bounced back sooner than anyone anticipated. Wall Street profits and bonuses in 2010 likely won’t match 2009’s record levels, but they will still be far better than in any other part of the economy. In this weak economy, Wall Street handily makes money because of the Federal Reserve’s low interest rate policy — a policy intended to foster economic recovery. Without a recovery, these are just windfall profits.

In an April 2010 report (available at fiscalpolicy.org), the Fiscal Policy Institute and the Center for Working Families advanced several proposals for how Wall Street could help the state’s finances recover from the financial-sector-induced Great Recession. Options include a temporary windfall profits tax, a bonus recapture tax, updating the taxation of financial firms (especially hedge funds), and a reduction in the stock transfer tax rebate.

New York’s corporate community benefits from several corporate tax loopholes and from excessively generous business tax breaks, also known as “tax expenditures,” that were enacted with the hope of promoting economic and job growth. FPI recently estimated that the state “spends” $5 billion annually on a wide variety of business tax expenditures that lack accountability, transparency and effectiveness. Such programs should be closely examined for possible savings.

The job of closing New York’s yawning budget gaps over the last two years has been aided considerably by a temporary increase in personal income taxes on high-income earners. However, the temporary income tax increase is due to expire at the end of 2011. The surcharge — which raised the state’s top tax rate for married couples from 6.85 percent to 7.85 percent for income above $300,000, and to 8.97 percent above $500,000 — generates $4–5 billion a year. It should be extended at least until state tax revenues recover from the recession. Most of this surcharge is paid by the richest 1 percent of taxpayers, who have annual incomes over $650,000. A recent FPI report documented that the top 1 percent increased their share of total income in New York from 10 percent in 1980 to 35 percent in 2007, a level of inequality far above the national average. Not surprisingly, New York has the most polarized income of all states. New York City is the most polarized among the largest 25 cities.

The real issue with New York’s tax burden is its regressivity, not that its magnitude is constraining New York’s economic recovery. The state personal income tax is mildly progressive. Yet the highly regressive effects of the sales tax and local property taxes mean that New York’s overall combined state and local tax burden is regressive.

To address this regressivity, and to deal with the growing concerns about burdensome local property taxes, New York State needs to rethink its tax structure and revamp the fiscal relations between the state and local governments. Several steps are needed:

• New York should significantly enhance the property tax circuit-breaker administered through the personal income tax to provide meaningful property tax relief to those households, including renters, truly burdened by high property taxation relative to their incomes.
• The state should aid communities with low property wealth and proportionately high Medicaid usage by increasing the state share of Medicaid costs in a way that takes a locality’s “ability to pay” into account.
• The state should establish a reasonable schedule for phasing in the additional funding needed by high-need/low-wealth school districts under the 2007 settlement of the Campaign for Fiscal Equity lawsuit; and it should restore the state’s commitment to revenue-sharing with municipalities with significant service needs relative to their resources. These Medicaid, school aid and revenue sharing steps will lessen pressure on the property tax in those communities that have limited property tax bases relative to their service responsibilities.
• The STAR program, which currently provides property tax relief to homeowners but in a very ineffective manner, should be reduced to help fund the expanded circuit-breaker and provide Medicaid relief to poorer communities.
• New York State should make its personal income tax structure more progressive through higher rates at the top. Before the enactment of the 2009–2011 temporary income tax surcharge, New York families with $50,000 in taxable income paid the same marginal tax rate as families with $500,000 in income — or even $50 million.
• Wall Street should contribute to addressing the state’s financial problems that were ex¬acerbated by the finance-induced recession — for example through a windfall profits or bonus recapture tax, or by taxing the hedge-fund profits of non-residents.
• Finally, the state should seek to close corporate tax loopholes and excessive growth in the cost of business tax breaks.

A balanced approach to balancing the state budget includes identifying additional revenues and not relying on cutting critical services at a time when need has been elevated by the lingering recession. Government spending is inextricably tied to prospects for economic recovery. Steep cuts will worsen unemployment. Public spending in areas such as K-12 education, public higher education, healthcare and infrastructure is needed to help get the economy moving again.

Public investments in our collective physical and human capital will enhance both the recovery and our long-term productivity. New York needs a smart approach to our fiscal problems — and that means thinking beyond a list of budget cuts.

James Parrott is the executive director of the Fiscal Policy Institute (fiscalpolicy.org). An earlier version of this article appeared in Clarion, newspaper of the Professional Staff Congress (psc-cuny.org).