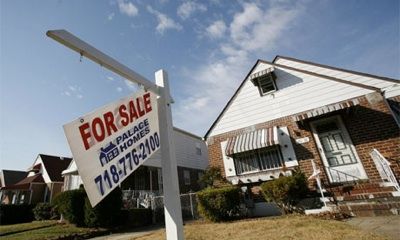 The answer to that question has to be many more economists than we have in the United States. Very few economists saw or understood the growth of the $8 trillion housing bubble whose collapse wrecked the economy. This involved a degree of inexcusable incompetence from the economists at the Treasury, the Fed and other regulatory institutions who had the responsibility for managing the economy and the financial system.

There really was nothing mysterious about the bubble. Nationwide house prices in the United States had just kept even with the overall rate of inflation for 100 years from the mid 1890s to the mid 1990s. Suddenly house prices began to hugely outpace the overall rate of inflation. By their peak in 2006 house prices had risen by more than 70 percent after adjusting for inflation. Remarkably, virtually no U.S. economists paid any attention to this extraordinary movement in the largest market in the world.

Had they bothered, they would have quickly seen that there was no plausible explanation for this jump in prices in either the supply or demand side of the market. There were no major new restrictions on supply, with the builders putting up homes at near-record rates. Nothing on the demand side suggested that prices should rise. The healthy income growth of the late 90s was followed by stagnation in the last decade and population growth was relatively subdued. Finally, there was no unusual rise in rents, which just slightly outpaced inflation over this period.

Therefore it should have been easy for any competent economist to recognize the housing bubble. Moreover, the dangers for the economy should also have been apparent. The boom in construction (both residential and non-residential) had raised its share of GDP by more than 3 percentage points above its long-term average. In addition, the creation of $8 trillion in housing bubble wealth predictably led to a consumption boom, as households spend based on the new equity created by the bubble.

All of this presaged disaster for the time after the bubble burst. Construction spending was sure to plummet to below normal levels as the market recovered from the long period of overbuilding. Consumption would also fall back as households adjusted to the disappearance of the housing wealth that they expected to be available to them in future years.

Yet, almost no economists saw what was clearly in front of their eyes. They thought everything was just fine until the house of cards eventually collapsed in 2007-2008.

Unfortunately, the reign of error is not over. House prices in the United States are again declining and most of the economics profession remains clueless. The Case-Shiller 20-city house price index for October (the data is released with a two-month lag) showed a decline of 1.3 percent from September. This implied an acceleration from the prior month’s decline, which is now reported as 1.0 percent. In other words, house prices are again declining at double-digit rates.

A more careful examination of the data reveals the underlying logic. Prices are declining most rapidly in the bottom third of the market. Prices for this bottom tier of the market were in a literal free fall in recent months in several cities.

The reason is that a first-time buyers tax credit ended in June. This credit caused many buyers to move their purchase forward. People who might have otherwise bought in the second half of 2010 or in 2011 instead bought in the first half of 2010.

This tax credit had the effect of ending the plunge in house prices in 2009 and even leading to small rise in the second half of the year. But with the credit now expired, the price decline is resuming. It will likely spread from the bottom tier of the market to the middle and higher end, since the sellers of bottom-tier homes are the buyers of higher-end homes. If they must sell for much lower prices than they had anticipated, then they will have less money to buy these higher-end homes.

The further decline in house prices will have predictable consequences for the economy. If house prices drop by another 15 percent, completing the deflation of the housing bubble, this would imply a loss of $2.5 trillion in housing wealth. If consumers spend 6 cents for every dollar of housing wealth (near the middle of the range of estimates), this would mean a fall in consumption of roughly $150 billion or 1 percent of GDP. This will be a substantial drag on growth over the next two years that will no doubt surprise most economists.

The other important part of this story is that many more homes will fall underwater and there will be new losses for banks. However one result of the delay in this second round of price adjustments is that trillions of dollars of mortgages were taken out of private hands and shifted over to Fannie Mae and Freddie Mac, the mortgage giants that are currently owned by the government. This means that the losses on these mortgages will be the problem of the taxpayers, not the banks. Why is no one surprised?

This article was published by the Center for Economic and Policy Research, from The Guardian.