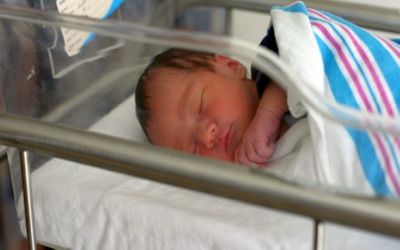 This morning leaders from 14 states marked the beginning of what will likely be this year’s biggest immigration fight when they officially announced their plans to join together in a state compact to pass laws that deny citizenship to children born in the U.S. to undocumented immigrants.

Legislators in states like Pennsylvania and Arizona have pledged to attempt to pass a law that revives the old debates around “state citizenship” so that only babies born to at least one permanent resident or citizen parent would be granted citizenship in the state. Other states have promised to follow their lead. The goal, as anti-immigration legislators are not shy to admit, is to force the Supreme Court to take up the issue.

The second part of their strategy is to create what’s called a state compact around the laws. Such compacts are not uncommon, said Walter Dellinger, a law professor at Duke University and a former Solicitor General; they’re often used to deal with things like garbage disposal, trade pacts and water rights. But the compact would need congressional approval and, if passed, would in effect become federal law—a tidy way to attack the 14th Amendment without having to rewrite the Constitution.

The compact would of course also force a Supreme Court case. “[State compacts] have no more authority than individual states or a Congress of the United States to change the clear constitutional rule of citizenship,” said Dillenger. “It simply seems in this context to be a distraction.”

Ultimately, the legislators want to create a two-tiered system of citizenship: babies born to undocumented immigrants would receive one kind of birth certificate while those born to American citizens would get their own birth certificates.

“The 14th Amendment was never intended to be applied to illegal aliens,” Pearce told the Washington Times. “[The sponsors] specifically said it didn’t apply to foreigners or aliens. That amendment belongs to the African Americans of this country. It’s their amendment.”

Critics argue it’s the SLLI group that misunderstands the 14th Amendment, and that the pact is plainly unconstitutional. “It’s just an agreement that they enter into that they will all violate the Constitution of the United States together,” said Dellinger.

“It would require a complete rewriting of constitutional jurisprudence to achieve the results these proponents are suggesting,” said Lucas Guttentag, director of the ACLU’s Immigrant Rights Project.

Immigrant and civil rights groups are confident that any attempt to pass a state law rewriting citizenship laws is patently unconstitutional. They’ve nonetheless joined together to form their own coalition, Americans for Constitutional Citizenship, which is dedicated to protecting birthright citizenship.

“It would be hard to concoct a proposal that is more misguided and contrary to the sacrosanct guarantee of the 14th Amendment,” said Guttentag, but added that it would be folly to think that such laws will have no impact on the real lives of immigrants in the country. “We need to understand the devastating consequences these kinds of laws have on our society, on the cohesiveness and on the culture of America. They should never see the light of day.”

“Indeed, they would drag us back to a time when minorities were not considered equal to whites nor worthy of being citizens,” said Karen Narasaki, whose Asian American Justice Center is also part of the new coalition. “While their language is more carefully chosen than that used a century ago, their motives are no less clear.”

In the 1898 Supreme Court case U.S. v. Wong Kim Ark, the Court ruled that U.S.-born children of Chinese immigrants were indeed citizens, and that citizenship by birth was required by the 14th Amendment. Immigration restrictionists insist the matter is not yet settled. Rep. John Kavanagh, an Arizona state legislator, has said very plainly that the strategy is to force the Supreme Court to take up the matter again.

Kobach has argued that other countries do not grant residents automatic citizenship if they were born in the country. He sees it as evidence the U.S. must change its policies. Others see it as proof of a fundamentally American ethos of equality and unity.

“With the birth of each new child in the U.S., questions of prior legitimacy are forever confined to each generation,” Dellinger said. “Every new girl or boy born in this country is simply, indisputably, an American.”