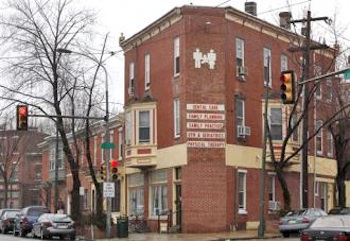 When reports surfaced that a Philadelphia doctor, who allegedly performed abortions in horrifying conditions, had been charged with eight counts of murder, abortion opponents were quick to go on the attack.

With all the terrible details splashed across the local news, the story “adds a sense of urgency and makes the issue tangible,” said Michael McMonagle of the Pro-Life Union of Southeastern Pennsylvania. “We have a great opportunity in Harrisburg.”

Federal authorities raided Dr. Kermit Gosnell’s clinic last year as part of an investigation into illegal prescription drug dispensing–and in the process uncovered what was described by a witness as “a house of horrors.” This opened up a yearlong investigation of the Women’s Medical Society clinic, which resulted in an almost 300-page grand-jury report.

The details of the report read more like descriptions from the days of back-alley abortions before Roe v. Wade, the 1973 Supreme Court decision that made abortion legal, than a present-day clinic.

Prosecutors described the scene: “There were jars, lining shelves, with severed feet that he kept for no medical purpose.” The report described the furniture and equipment as dusty, broken and bloodstained, and the Philadelphia Inquirer reported that investigators found “the stench of urine; cat feces on the stairs; semiconscious women moaning in the waiting or recovery rooms, covered with bloodstained blankets; broken equipment and blocked or locked exits.”

Gosnell is charged with allegedly killing seven infants, by severing their spinal cords with scissors after they were born. He is also charged with the 2009 death of a woman who was given too many painkillers at Gosnell’s offices and overdosed.

Those who would like to see a woman’s right to choose taken away are trying to use this incident to make the case that abortion is “killing babies.” But what Goswell’s clinic is accused of carrying out has nothing to do with the actual medical procedure of abortion.

In reality, within the first 12 weeks of pregnancy, abortion is a procedure where a fetus is removed using a manual syringe or an electric pump. About 88 percent of all abortions occur in the first 12 weeks of pregnancy, according to the Guttmacher Institute. In the second trimester, dilation and evacuation (D&E) is generally used, which involves opening the cervix and surgically emptying the uterus.

The procedure is barely being taught in medical schools anymore, and where it is, it’s an elective. So it’s no wonder that there might be confusion about a procedure that is actually considered one of the safest, with the least complications when performed under proper conditions.

What is revealed in the report is not abortion. It explains that “[Dr. Gosnell’s] approach, whenever possible, was to force full labor and delivery of premature infants on ill-informed women.” Upon delivering the baby, he would then break the spine, the report says.

It’s difficult to conceive of a procedure that could be more traumatizing to the woman involved–the pain of labor mixed with confusion about whether the person whose care she is in actually knows what he is doing must be horrific.

Anti-abortion forces are also trying to link Gosnell’s practice with those who provide late-term abortions–what anti-choicers call “partial-birth abortion,” a misleading and non-medical term invented by right wing to try to vilify late-term abortion procedures. According to Guttmacher, just 0.2 percent of abortions occur after 24 weeks of pregnancy–and those are typically used in situations when the woman’s life is at risk.

It’s important to note that over the last 20 years, many of the women who Gosnell “treated” attempted to file complaints against him, but their charges never saw the light of day. This exposes a lack of commitment on the part of both the health care industry and the court system in serving the needs of women–and poor women and women of color in particular.

In fact, Gosnell’s clinic served largely poor women of color and immigrants, but when more affluent, white patients came to the office, the clinic staff is supposed to have taken them into a separate, slightly cleaner area, according to District Attorney Seth Williams.

A woman who enters a clinic like Gosnell’s desperate to end an unwanted pregnancy is at the mercy of the doctor, and when she experiences breaches of professional medical conduct and attempts to inform authorities, she’s ignored.

This gross violation of women’s health highlights so starkly why abortion needs to be available, accessible and affordable to every woman who wants one.

It’s no wonder that a clinic like this could thrive in Pennsylvania, a state that is known for strict abortion laws. Abortions after 24 weeks are illegal unless a doctor decides that the fetus is harmful to the mother’s health. Fetuses aborted after 20 weeks must be sent to a pathologist for review. Women seeking abortions must receive counseling and be informed of their “alternatives” at least 24 hours before the procedure.

Since Gosnell likely didn’t follow these laws, his clinic was a place where women without alternatives would inevitably end up.

This case illustrates why restrictions on abortion don’t stop the procedure, but rather make it far more dangerous, traumatizing and harmful. In addition, the fact that this clinic has been operating for over 30 years shows that even when struggle finally legalized abortion with the passage of Roe v. Wade, this was never translated into full access for all women.

Poor women, and disproportionately women of color, remain stuck in situations in which lack of funds preclude them from having an abortion early on in a pregnancy or in a safe, sterile location. The pre-Roe v. Wade history has shown that “houses of horror” like the one exposed in Philadelphia will thrive and multiply as abortion becomes less accessible to women.

This should embolden our fight for free abortion on demand. We need to shed any defensiveness or deference to the right wing, and point out that it’s those who rally to make abortion illegal who are responsible for the deaths of countless women.