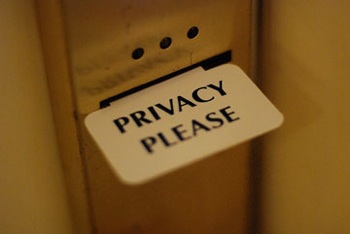 Naomi Wolf and Katha Pollitt–two leading exponents of women’s rights–recently published opposing pieces on whether the women described as Julian Assange’s alleged sexual assault victims should be identified in the press against their will in the case against the WikiLeaks founder.Aside from the fact that the Internet erases any guarantee of anonymity, let’s look at why both arguments are missing a key element: constitutional law.

Pollitt, a relative conservative on the issue, argues against disclosure. She emphasizes that it will deter reporting and cause needless harm to people who have suffered enough.

Wolf, plowing a more open field, says all victims should be named because anonymity is a “relic” from a time when women suffered shame for being raped because it undermined her “value” to be known as the damaged “property” of her husband or father. Forced disclosure of victims’ identities in rape cases, Wolf says, will promote women’s equality by putting that idea to bed.

Here’s why Wolf is wrong and Pollitt, though right in her conclusion, like the “tipsy coachman” doctrine that defines meandered reasoning in law, takes the wrong path to get there: Not naming U.S. victims has little to do with stigma, and everything to do with the Constitution.

In a truly just world, no type of crime victim would have their name revealed without their consent. This would help redress growing concerns about threats and intimidation tactics from criminals who hope to escape responsibility for their violence by terrorizing victims into silence.

It’s hardly a gender-specific problem, which disposes of Wolf’s argument that concealing the identities of rape victims is a form of sexism.

But there is a valid reason to put a thumb on the scale for rape victims. The very nature of sexual violence, indeed the location of the “crime scene” on a woman’s body, is such that a public trial is certain to reveal things that are not only highly personal but likely to be protected by statute, common law and even constitutionally-based privacy rights. Unlike robbery cases, rape prosecutions involve the revelation of things like whether the victim became infected by HIV or became pregnant or had an abortion. Because such facts are highly relevant, they must be revealed during the public trial.

Anonymity policies, therefore, are not about “protectionism” so much as due process. They make up for the fact that disclosure of private facts at trial involving a victim–who is not a party to the litigation and thus cannot even argue against disclosure–causes unavoidable harm to fundamental rights. Anonymity polices mitigate the harm by allowing disclosure of private facts without attaching those facts to a publicly-identifiable individual.

This approach recognizes that innocent people of both genders suffer violations of privacy in sex crimes cases in ways that don’t happen to victims of other types of crimes; rights that go to the heart of what it means to be a free human being.

As Justice Louis Brandeis wrote more than 100 years ago, we all are endowed with “the right to be let alone.”

This includes the right to control the disclosure of personal information. Philosopher and Harvard Law Professor Charles Fried put it this way in a treatise on the subject: “The ability to control what others know about us” is essential to the preservation of an autonomous self.

Anonymity rules also encourage the reporting of sexual crimes to authorities. In turn, such policies help to deter rape and promote civility. This was exactly the rationale of Massachusetts Federal District Court Judge Mark Wolf when he recently forbade public disclosure of the identity of a male extortion victim. The victim, a wealthy businessman who paid money to a prostitute after she threatened to reveal his name to the press, has never been identified because Wolf issued an order forbidding the release of his identity. He reasoned that to do so would deter other extortion victims from reporting the crime and seeking legal redress. If this reasoning makes it lawful and fair to apply anonymity rules to wealthy businessmen, then it’s lawful and fair for rape victims to enjoy the same benefit.

As for Wolf’s argument that stigma should no longer adhere to rape victims, let’s look at the coverage of the Kobe Bryant rape case, where the basketball star’s demonstrably false claim that the victim had “sex with three men in three days” was widely publicized by numerous mainstream news outlets.

It’s hardly a sign that things have improved. Stigmatization may be worse today than ever before in light of new technology that facilitates quick and widespread disclosure of private, irrelevant and even outright false information.

Stigma is clearly still a problem.

But stigma is not the only issue. In fact it distracts us from framing the issue properly, as one that involves autonomy, constitutional privacy rights and self-determination.

The criminal justice system already demands of sex crimes victims that they tolerate without protest the disclosure of deeply personal information. That such harm cannot be avoided is ample reason to resist naming victims in the media without their consent.

It’s a small gesture that attempts to preserve what’s left of the victim’s intimate self after the criminal justice process is over.

This debate poses a challenge to all media–that they not only embrace the value of restraint on this important issue but also endeavor to tell the truth about the nature of the controversy.

It isn’t a question about whether women should be liberated from the chains of shame. It’s about the harm we all endure whenever freedom for a whole class of people takes a hit.

This article was originally published on Women’s eNews.