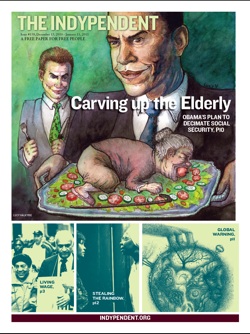 Every other paper in this city is always worrying about what the big corporations and the businessmen say. Of course they think a pay raise for working people is a bad thing! Thanks for telling it like it is.

DISCUSSION: THE STATE & SOCIAL MOVEMENTS IN LATIN AMERICA
Responses to “Dancing With the State,” Nov. 17:

I am grateful to Matt Wasserman for taking the time to read and review my book. At the same time, I wanted to clarify a few things.

The book focuses on the diverse outcomes of the relationships between movements and states throughout South America. However, Wasserman writes in his review, “Dangl seems loathe to admit that there can be a dialectic, productive relation¬ship between social movements and states….”

Rather than not admitting this, this is a central relationship I focus on in the book. In each of the seven countries examined, and to varying degrees, movements and states participated in such a productive relationship. In some cases the state was an ally, and in some cases grassroots movements used the state, rather than being used by it. There are also many cases of South American leftist presidents turning their backs on movements once taking office.

As for the methodology used to write and research the book, I didn’t haphazardly choose interviewees based simply on “who would speak” with me— as Wasserman suggests. Over the course of roughly eight years in South America, I interviewed dozens of activists in social movements, as well as presidents, miners, indigenous leaders, coca farmers, hip-hop artists, academics and politicians. That said, the book is explicitly written from the vantage point of grassroots movements in these countries in an attempt to provide a kind of people’s history of the last decade of historic changes in South America.

As for, in Wasserman’s words, the “choice between taking state power and turning one’s back on the state” being a “false dilemma,” I wholeheartedly welcome any debate on the topic, and hope my book adds to the discussion. 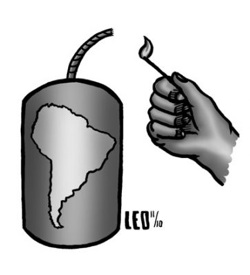 In his reply, Dangl states that productive relationships between states and social movements are “a central relation ship” that he focuses on in Dancing with Dynamite. This is somewhat misleading, given that a leitmotif of his book is the betrayal of social movements by putatively progressive politicians.

In the introduction to his book, Dangl claims, “the state and governing party is, by its nature, a hegemonic force that generally aims to subsume, weaken or eliminate other movements and political forces that contest its power.” Rather than being truly open to the possibility of a productive, dialectical relationship between states and social movements, Dangl’s very definition of the state forecloses upon this possibility. In his conclusion, he even describes the lessons for US activists from the engagement of South American social movements with the state as lessons in “cooptation, demobilization, opportunism and repression.”

As for the question of methodology, what I was alluding to when I stated that Dangl apparently chose his interview subjects based on who would speak to him is that he gave no explanation of how he chose his interview subjects. Dangl’s defense of his methodology is telling: it boils down to the statement that he interviewed a bunch of people from various walks of life. Rather than undercutting the claim that his choice of interviewees was haphazard, his reply reinforces it.