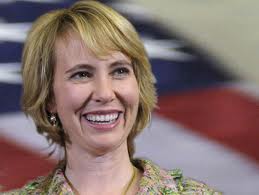 January 8th at the sun-lit table Gabrielle Giffords an Arizona Democrat bantered with voters, shook hands when a bullet broke bone, pierced brain and left her on the ground, blood spilling from her skull. The gunman Jared Loughner jumped around shooting a judge, shooting a girl, shooting wildly into the crowd.

Within an hour, the nation knew. Within a day we felt an eerie unease not at the shock but how familiar the scene of carnage. Like remembering a name, a rush of memory flowed in. Threats against Democrats, Obamacare, Obama as Hitler, Tea Party, white wigs and guns and vows of violence; they instantly aligned behind the image of blood stained people crying in Arizona. We felt the brutality in word before its arrival in act. Yet when said, immediately it is rebuffed with the logic of exception. Conservative Erick Erickson wrote on the website Red State, “the shooter is neither left-wing nor right-wing. He is crazy and evil.”

Now we are left to debate cause; either the violent imagery in our political rhetoric prompted this mass murder or it was the lone act of a deranged individual. But framing the debate in that way leaves us in a rut. It assumes that an insane person cannot be influenced by the culture they live within. As if in their delirium, they won’t reach for the signs swirling in the media to piece into a plot for them to act out.

YouTube clips, letters and stories from friends and classmates show a man whose personality was disintegrating. At Pima Community College, he made odd outbursts that scared students. In an algebra class he blurted out a random number to a question and said, “How can you deny math instead of accepting it?” In one NY Times report, he dressed in hippie tie-dye and the next day like a rapper. A Y.M.C.A. trainer, Ben Lujan said, “It was almost like he was trying to be different people.” And it’s that casual observation that is the key.

Loughner was disintegrating, maybe from schizophrenia, maybe drug use. In the eerie videos he made the loss of social reality was imagined as a debased U.S. currency and government mind-control through grammar. He retreated into a private world and called it “conscience dreaming” and the further inward he went, the more the outside world loomed like a giant conspiracy. And for him to be free it had to be destroyed.

In a last video we see him walking like a hunchback, dressed in a hoodie and plastic bag pants up to an American flag. A text-box pops up, “I’m missing my right arm.” When he turns, we see a smiley face mask. He pinches a corner of the flag and then lights it on fire and staggers off. What is clear is Loughner held his crumbling mind together with a paranoid fantasy of persecution in which political symbols are targeted. First he burns the flag. Next he shoots Democrat Gabrielle Giffords.

To say that it was the isolated act of a deranged individual is a strained try to cut off the real consequences of political rhetoric. No one lives in a vacuum. Loughner lived in Arizona where  according to the New York Times, the Tea Party targeted Giffords, rallying in front of her office with signs saying, “It’s Time to Re-Load” and “One Way or Another You’re Gone.” Sarah Palin created a map with bulls-eyes over districts won by Democrats and one of those bulls-eyes was fixed on Giffords. Her Republican opponent Jesse Kelly had a political gathering where the ad read, “Get on Target for Victory in November Help remove Gabrielle Giffords from office Shoot a fully automatic M16 with Jesse Kelly.”

Until Loughner says more about his motivation we are left with this link. A young man, isolated, deranged if not schizophrenic was living in a state where violent imagery was used to threaten a politician who he then shot through the head. But the shooting in Arizona was not the first attempt at mass murder inspired by Right Wing Death Speech. On July 18, ex-felon Byron Williams drove highway I-580 to Oakland with a car filled with guns. He wanted to kill Leftists. Speeding and weaving, he caught the eye of the police and when they stopped him, he opened fire. He and police, ducked behind car doors, shooting. Two officers were wounded. Williams wore a bullet-proof vest but was shot in exposed limbs and brought down.

Williams said he wanted to “start a revolution” by killing staff at A.C.L.U. and the Tides Foundation, a liberal research center featured on the Glenn Beck show as the axis of a Socialist take-over of the U.S. One video, The Story of Stuff was singled out by Beck who in his Darth Vader voice said, “They’re being taught Capitalism is evil. Videos like this one are being played in classrooms.” Beck scribbled on his blackboard a global web of conspiracy and at the center pointed and said, “Infiltrate and gain control of big business, what do you think the Tides Foundation is?”

What is at stake in this debate, opened by the Jan. 8th shooting of Rep. Giffords is if the line between margin and center is moved. During the 2008 presidential campaign and after Obama’s election, the Right pushed the line between mainstream political rhetoric and marginalized hate towards the violent fringe. In portraying the modest liberal reforms as a Bolshevik or a Nazi plot; Sarah Palin, Glenn Beck, Rush Limbaugh, Fox News and the Right in general has created terrorism.

They incite violence and hide behind free speech or the logic of the lone wolf. They fire imaginary bullets at us and then are shocked that someone used real ones. They make commercials like Republican Rick Barber where he yells about the healthcare reform and is told by George Washington to “summon your armies.”   They have blood on their hands and it is our blood. 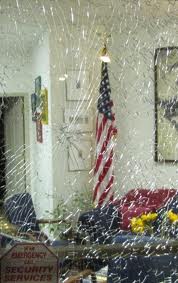 Shortly after her vote for the healthcare reform, Giffords office window was shot at and smashed in. Last March, she appeared on MSNBC to urge caution on violent rhetoric. We’re on Sarah Palin’s targeted list,”  she said. “But the thing is the way that she has it depicted has the cross hairs of a gun sight over our district. When people do that, they’ve got to realize there’s consequences to that.”