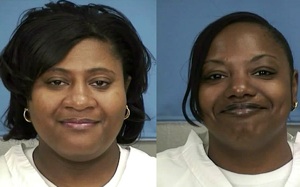 Gladys and Jamie Scott are free. The two sisters have spent nearly seventeen years in a Mississippi prison after being convicted as teenagers of an $11 robbery back in 1994. Last week, the state’s governor, Haley Barbour, finally pardoned the two sisters, offering a long awaited victory in the highly publicized case.

“We all worked together to make justice work in this state,” said National NAACP President Benjamin Jealous. “I’m here to thank the people and the governor of Mississippi. When you are right, you are right. Gov. Barbour, you were right today.”

Despite receiving praise from some national media, Barbour’s actions are drawing skepticism from some close watchers who say the move was made more out of crass political calculation than compassion. The governor’s decision to pardon the two sisters came less than two weeks after he reportedly had made comments that, in effect, sang the praises of his hometown’s white supremacist group. Barbour had previously denied at least two requests to pardon the sisters.

Barbour’s pardon of the Scott sisters also came with an order for Gladys Scott to donate a kidney to her sister Jamie, which she had already volunteered to do on her own when her sister was first diagnosed with kidney failure. And so far the state of Mississippi refuses to pay for the transplant, even though doctors have found that the state prison system’s deplorable living conditions and medical care are at least partly to blame for Jamie Scott’s condition.

Still, the pardon is a major civil rights victory, and one that’s largely due to unrelenting organizing over the past year.

“I’m just so blessed and happy. After 16 years, me and my sister can go home to our family who need us,” Gladys Scott told reporters after the decision.