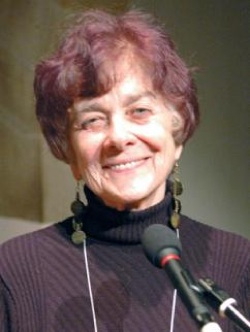 Frances Fox Piven is a professor of sociology at City University of New York, longstanding advocate for the rights of working and poor people and an author of numerous books studied in universities across the country.

In recent months, Fox News’ Glenn Beck has repeatedly described Piven as an advocate of violence and “enemy of the Constitution.” As a consequence, a torrent of death threats against Piven has appeared on Beck’s Web site The Blade–threats that went unopposed on Beck’s site for weeks.

In response, Vincent Warren and William Quigley of the Center for Constitutional Rights (CCR) wrote a letter to Fox News President Roger Ailes calling on him to rein in Beck and stop the campaign of misinformation against Piven. Fox News responded, but left no doubt that it didn’t share the CCR’s concerns, claiming that Warren and Quigley didn’t make “a sincere effort…to stop hostile public speech, but rather an attempt to create ill will for our company.”

Here, we reprint the Center’s letter to Ailes and Fox News.

We are supporters of Prof. Frances Fox Piven. We request your immediate help in stopping false accusations by Glenn Beck that are putting Prof. Piven in danger.

We are vigorous defenders of the First Amendment. We support full freedom of speech and full debate on all issues. However, there comes a point when constant intentional repetition of provocative, incendiary, emotional misinformation and falsehoods about a person can put that person in actual physical danger of a violent response.

Your employee Glenn Beck has repeatedly falsely accused Prof. Frances Fox Piven of advocating violence. Mr. Beck has provoked emotional responses which have incited violent threats against Prof. Piven. As a result, Prof. Piven has been subjected to numerous threats on her life, many posted on Mr. Beck’s own Web site.

As president of Fox News, we ask you to intervene and bring a stop to this. We ask you to order this campaign of misinformation to end. You can stop the reckless endangering of the safety of Prof. Piven.

Prof. Piven is a distinguished professor of political science and sociology at the Graduate Center of City University of New York. She is an acclaimed scholar and former president of the American Sociological Association. She is best known for her work in advocating for the organizational rights of poor persons and for encouraging voter registration.

On September 13, 2010, Mr. Beck warned listeners that “if you don’t think violence is corning, I’m going to share some audio of Frances Fox Piven that will boggle your mind.” Beck said that “they don’t mind violence. Violence will come. And violence will come from the left. Violence is part of the plan. Not mine, not yours.”

On January 12, 2011, Mr. Beck accused Prof. Piven of being in the same league as a group which the government said planned to murder law enforcement officers and to engage in armed war on the United States. He said, “I denounce violent threats and calls for the destruction of our system–regardless of their underlying ideology–whether they come from the Hutaree Militia or Frances Fox Piven.”

On January 17, 2011, Mr. Beck devoted a segment of his television show to Prof. Piven, this time calling her an “enemy of the Constitution.” Referencing an article in the January 10/17, 2011, issue of The Nation, he says, “She is talking about riots, violence…Is that not inciting riots? Is that not asking for violence…! Go back to my definition of ‘enemy.’ An enemy of the Constitution…” He also equates her call for a social movement with “terrorism.”

A December 31, 2010, headline on Mr. Beck’s Web site “The Blaze” announced: “Frances Fox Piven rings in the New Year by advocating violent revolution.” The author Jonathon Seidl wrote that “she calls on the jobless to rise up in a violent show of solidarity and force,” and “violence has always been Piven’s preferred method of collapse.”

Beck has allowed death threats against Prof. Piven to be put up on his Web site for weeks now and has not removed them.

Below are some samples of the dozens of threatening emails posted about Prof. Piven on the Beck site. These illustrate the violent and threatening responses against Prof. Piven provoked by Mr. Beck’s repeated falsehoods and misinformation. It is important to note also that these threats and many others like them have been publicly posted and available to the public for weeks without rebuttal, apology or removal.

“Be very careful what you ask for, honey. As I mentioned in previous posts–one shot, one kill. The people have to stand up for what’s right. A few well-placed marksmen with high powered rifles…then there would not be any violence.” –JFT 1425

“Maybe they should burst through the front door of this arrogant elitist and slit the hateful cow’s throat.” –Reckless

“Somebody tell Frances I have 5,000 rounds ready, and I will give my life to take our freedom back. Taking her life and any who would enslave my children and grandchildren and call for violence should meet their demise as they wish. George Washington didn’t use his freedom of speech to defeat the British. He shot them.” –superwrench 4

“I am all for violence and change. Frances, where do your loved ones live?” –Green Manilici

“Again, why is this woman still alive?” –capnjack

“We should blow up Piven’s office and home.” –lepanto

“If she says it’s OK to use violence, then I’d like to use some and snap her little chicken neck. This pinko filth needs a long dirt nap!” –thejackal

“We need a target? OK…Here’s one, Frances Fox Piven. Let’s go string her up, as this mess is directly due to her and her husband’s meddling.” –Voted against carter

“Big Lots is having a rope sale, I hear, you buy the rope and I will hang the wench. I will spin her as she hangs. Here is your revolution, Piven wench, Allah Akbar!” –ham4mohammed

These threats must be taken seriously by Fox News. Prof. Piven’s life could well be at stake.

We are requesting that you order Mr. Beck to cease and desist. We ask you to stop Mr. Beck from continuing the constant intentional repetition of provocative, incendiary, emotional misinformation and falsehoods about Prof. Piven. Mr. Beck is putting Prof. Piven in actual physical danger of a violent response.

We ask you to order an immediate investigation into this and insist on a speedy and fair resolution which will stop the Fox- and Beck-generated threats on Prof. Piven.