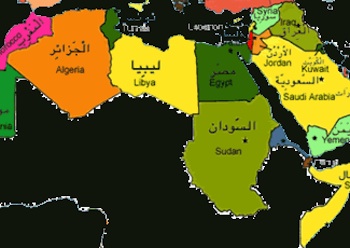 The recent popular uprisings in Tunisia and Egypt attest above all to the indomitability of the human spirit, and the extraordinary capacity of collective action to bring out the very best in humanity. In these respects the daring, creativity, discipline, resolve, perseverance and euphoria of the people of Egypt and Tunisia  – while primarily theirs – belongs to us all, joining as they do an endless caravan of successful, aborted, hijacked and failed challenges to illegitimate authority across the globe since the dawn of time.

It should take nothing away from the phenomenal achievement of Tunisia and Egypt to raise some questions about the manner in which these are being interpreted and celebrated within the region and across the world. Specifically, the idea that at long last the Arabs have finally latched onto the march of history that for so long has allegedly left them not so much behind as outside it.

One could, for example, take issue with the observation that Tunisia and Egypt represent the first instance in modern Arab history in which entrenched autocrats are ousted by popular protest rather than a bomb or bullet. In point of fact, the removal of Sudan’s Gaafar Nimeiri in 1985 – thus far at least – bears a remarkable resemblance to the end of Mubarak. There too mass demonstrations, culminating in a general strike, resulted in transitional military rule followed by an elected civilian government. And only two days before the Kleptocrat of Carthage was summarily dispatched to international airspace, Lebanon’s prime minister – admittedly more moron than autocrat – was ejected from office through a parliamentary maneouvre that would be the envy of oppositions the world over if it had been orchestrated by social democrats. Nor should the extraordinary courage of ordinary Tunisians and Egyptians – and indeed of increasing numbers of Arabs from the ocean to the gulf – blind us to the fact that “breaking the barrier of fear” first entered the Arab lexicon in Palestine in 1987. That Palestinians ultimately failed – twice – where others appear to be succeeding (but may yet similarly fail) is neither here nor there in the context of this larger narrative.

Similarly, the view that Arabs can once again face the world with pride after litanies of defeat and disappointment seems misplaced. Greater pride and even euphoria, most definitely, but were such individuals too busy reciting Wahhabi denunciations of Shi’ism in 2000? Was it so difficult for them to understand this gibberish that they were still distracted in 2006?

Tunisia and even more so Egypt fully deserve to be celebrated, but for what they are, and may yet be, rather than for what others are allegedly not or what has supposedly never been. It admittedly takes a suspension of disbelief to hear al-makhlu’ applied to Ben Ali and Mubarak, and only a liar will claim he expected to see two autocrats and a moron (or is that a kleptocrat and two morons?) ousted in the space of a month during his or her lifetime. Not because Arabs are finally joining the march of history, but because a determination to dispense with illusions of reform is creating a revolutionary environment in which the Arabs may yet write a decade or more of history in a single year.