This article was originally published by the Inter Press Service. 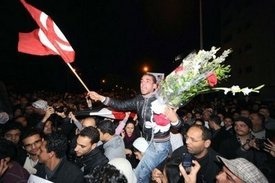 WASHINGTON – Arab public opinion will become increasingly difficult for the United States to favourably influence in light of recent regional unrest, according to experts speaking at a conference organized by the Brookings Institute on Wednesday.

Polling data collected by the panelists from Arab countries as late as November 2009 identified a rising level of dissatisfaction and anger that has been on display in the streets of Tunis, Cairo and Amman and contributed to the downfall of two long-standing dictators.

“This was not about food and jobs,” argued Shibley Telhami, a panelist at the event and Anwar Sadat Professor of Peace and Development at the University of Maryland. “This was about dignity.”

While the Barack Obama administration sent mixed signals in statements during the early stages of the 18-day long Egyptian protests, which witnessed the end of President Hosni Mubarak’s 30-year rule Friday, the White House quickly adapted to what it described as a “fluid situation”.

“One Egyptian put it simply: Most people have discovered in the last few days…that they are worth something, and this cannot be taken away from them anymore, ever,” Obama said in his speech reacting to Mubarak’s abdication of power. “This is the power of human dignity, and it can never be denied.”

Although the Egyptian demonstrations have been largely devoid of religious undertones, the panelists said that the underlying context for many of their grievances can be explained by factors that are similar in their abstract, intangible nature; a force, real or imagined, that is often associated with social movements in the region.

They argued that the Egyptian public’s attitudes on a number of variables including life optimism and national identity have, over the past decade, clearly indicated a deep dissatisfaction with their government’s perception of their own self-worth that goes far beyond any measurable factors such as economic growth or unemployment.

The Egyptian economy has witnessed a sustained rise in GDP over the past five years, but even so, it “didn’t translate into optimism”, argued executive director of the Gallup Center for Muslim Studies Dalia Mogahed.

As the United States government attempts to make sense of the revolutionary fallout throughout the region, experts at the conference emphasised that any transition of power, which will undoubtedly include elected officials sympathetic to popular sentiments, will not be as willing a diplomatic partner with the United States as before demonstrations began.

The U.S. will find it difficult to shape the suffering that fueled Egypt’s demonstrators simply by raising and lowering levels of non-discretionary and military aid or by emphasising the strategic importance of past diplomatic relations, Mogahed argued.

“The United States will continue to be a friend and partner to Egypt,” Obama said. “We stand ready to provide whatever assistance is necessary – and asked for – to pursue a credible transition to a democracy.”

“The U.S. and our allies must focus our efforts on helping to create the necessary conditions for…a transition to take place,” said House Foreign Affairs Committee Chairwoman Ileana Ros-Lehtinen in a statement Friday.

Despite any good intentions, the panelists argued, it is in the U.S.’s interests to remain on the sidelines. “The more this becomes about America, the worse it becomes,” Telhami warned. “We’re not in a position to engineer an outcome.”

He pointed to the Iranian presidential elections in 2009 as an example of how framing the narrative of the region’s pro- democracy movements in a fashion that emphasises the United States’ involvement or perspective has the likely effect of undermining the viability of genuine reform.

Both Mogahed and Telhami agreed that attempts to include the United States in any descriptive narrative of the forces behind inspiring citizens to demand reforms, or enabling government preemption of those reforms, will be inconsequential if not antithetical to the favourability of the United States in the consciousness of Arab public opinion.

“We have said from the beginning, that future of Egypt will be determined by Egyptian people,” said Vice President Joseph Biden at a lecture at the University of Lousiville Friday.

However, at a conference held Thursday on Capitol Hill, Tom Malinowski, Washington director of Human Rights Watch, argued that U.S. weight in the region could not be discounted.

“Everyone in Egypt believes we have influence,” he said, adding that statements by the Obama administration “play[ed] into the psychology” of this belief.

The looming uncertainty of the extent of reformists’ aspirations and their growing sense of independence from autocratic rule and United States regional hegemony has induced many to call for a complete reassessment of U.S. policy in the region.