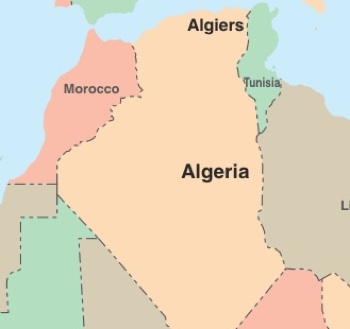 Algeria is the world’s fourth largest exporter of natural gas and the eighth largest exporter of oil at 1.9 million barrels per day. Yet, this resource-rich nation of 35 million people is plagued by large income disparities, high youth unemployment, poor housing and a sclerotic political system that has produced a series of military-backed strongmen who have led the country since it won its independence from France in 1962.

Thanks to these powder-keg conditions, Algeria’s current dictator, Abdelaziz Bouteflika, is on the short list of Arab despots who could next be ousted from power by their own people. Algeria briefly experimented with multi-party democracy and an independent press in the late 1980s following massive demonstrations against IMF-mandated austerity measures. This political opening abruptly ended in 1992 when the military cancelled elections that an Islamist party was on the verge of sweeping and declared a state of emergency that continues to this day. The 10-year civil war that followed pitted the government against several Islamic insurgent groups, leaving as many as 200,000 dead.

While Algeria still maintains close relations with France, Bouteflika moved quickly after the 9/11 attacks to cash in on Algeria’s “counter-terrorism” expertise and strengthen ties with the United States. Algeria became a key U.S. ally in the struggle against “Al Qaeda in the Islamic Maghreb,” a force of no more than 200 fighters. It is the focal point of a $500 million, Pentagon-led counter-terrorism initiative involving Algeria and at least eight other North and West African nations. In return, Algeria has received increased U.S. military aid and training.

When protests erupted in Algeria in January following the Tunisian uprising, the Bouteflika regime sought to placate the public by lowering the price of staples such as sugar and rice. Another round of protests broke out after Egypt’s Hosni Mubarak fell from power. On the day following Mubarak’s ouster, an estimated 5,000 to 10,000 protesters defied a government ban and marched in the capital city of Algiers in the face of as many as 30,000 riot police. More than 400 demonstrators were arrested. According to Al Jazeera English, the protesters were an amalgam of “opposition parties, civil society movements and unofficial unions.” Expect to see more protests in coming weeks.