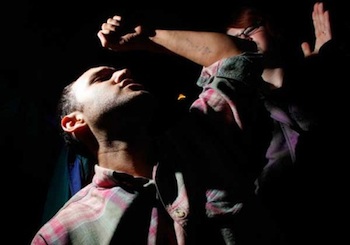 MADISON, WIS.—In the past, labor leaders have been hesitant to call militant actions in part because they’re afraid they won’t have the support and energy of union members. But after the massive outpouring of rank and file support in Wisconsin during the last eight days—triggered by proposed GOP legislation that would gut organizing rights for public-sector workers—today’s leaders are starting to see things differently.

“I think that we have entered a new era of labor militancy,” SEIU President Mary Kay Henry told me the other day after speaking at a rally in front of 10,000 people. “I think Wisconsin proves that the rank and file is willing to take bold steps.”

Many organized labor leaders have been shocked by how a (more typical) one-day protest became a week-long occupation of the Capitol. Furthermore, they have been pleasantly surprised by the massive community support they have received in this fight from people not traditionally affiliated with organized labor. The protests initially tightly organized by organized labor are now essentially community-driven affairs. “It’s like if we build it, they will come,” one local labor leader told In These Times.

But it will take more than just Wisconsin’s uprising to inaugurate a “new era” of militancy.

After the Republic Windows and Doors occupation in December 2008, at the height of the recession, many people following the labor movement—including myself—said the factory occupation in Chicago would mark a new era in which militant actions would become the norm for unions fighting plant closings.

It didn’t happen. In fact, Republic Windows and Doors was an isolated instance in which workers were able to take advantage of outrage over the bailout to shake $5 million out of banks that were hoping to get a second round of $350 billion in TARP bailout money from the Congress. Scores of U.S. factories have closed since then.

The question now is: Will the current level of energy and militancy just be limited to Wisconsin, where the stakes are unusually high for unionists? How much of what’s now happening here is a result of Madison being a college town known as the “Berkeley of the Midwest,” in a state with a strong tradition of public-sector unionism? (Wisconsin was the first U.S. state to grant public workers the right to bargain collectively.) In other words, will this become the new normal for the labor movement as it fights attacks on states’ public sectors throughout the country?

The new energy has clearly already spread beyond Wisconsin’s borders. In Ohio, thousands stormed the Capitol in Columbus, causing state troopers to lock down the Capitol out of fear of an occupation. In Indiana, state legislators fled the state when a vote was attempted on a so-called “right to work bill”— denying Republicans the quorum needed to hold a vote (which is why Democratic legislators fled Madison last week). Protests are planned across the nation. Organized labor has shown a willingness to dedicate the key resources. Protesters have shown a willingness to follow spontaneously.

“I think for our generation of labor leaders, this is our PATCO moment,” said United Steelworkers International Vice President Jon Geenen. “We learned the lessons of PATCO and know that we need to instead engage in the type of militant direct action like the type we see in Wisconsin.”

Of course, organized labor’s position in U.S. politics is much weaker than it was in the 1980s, when President Reagan busted the Air Traffic Controllers’ union. The fact that public-sector workers now make up the majority of all union members in the country—7.6 million people, versus 7.1 million in the private-sector—will surely motivate some.

“Governor’s Walker decision to eliminate organized labor…marks the end of an era of labor relations. We have now entered the era of organized labor extermination,” says UE Political Action Director Chris Townsend. “There are no more negotiations, no more making concessions. Walker wants us to accept our death. Nobody in organized labor is willing to do that. Nothing quite motivates people like extermination.”

This grim new reality raises a deeper question: If organized labor throws significant energies into defending itself from attempted exterminations—which it must—will it ever have the resources to organize new workers? If we have indeed entered a purely defensive era for labor, unions may never be able to grow large enough to make attacks like Walker’s what they have been for decades: politically taboo.