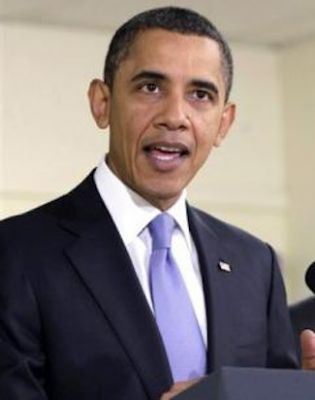 Amputate the knee. Amputate at the hip. Or just stick a knife in the patient’s heart. That’s the scale of the alternatives being discussed by lawmakers at all levels of government when it comes to budget cuts and austerity measures.

Only the patient shouldn’t be in surgery at all.

The politicians of both parties are agreed on making cuts, if not always on how deep to go. Their actions will increase the suffering of millions of people. And yet no voice in mainstream politics is proposing an alternative based on increasing taxes on corporations and the rich or ending U.S. wars in Afghanistan and Iraq. No mainstream politician will speak up for measures that would make the catastrophic cuts being considered today unnecessary–and, equally important, bring a measure of justice in a society where the rich and powerful have become so much richer and more powerful.

Instead, as an anonymous Obama administration official told the New York Times, “The debate in Washington is not whether to cut or to spend. We both agree we should cut. The question is how we cut and what we cut.”

With his 2012 budget proposal released this week, Barack Obama showed, if there was any doubt, that he’s fully on board the budget-cutting bandwagon. His defenders insist he’s protecting us from the wildest proposals of the Republican maniacs, but the words of Malcolm X come to mind: “You don’t stick a knife in a man’s back nine inches, and then pull it out six inches and say you’re making progress.”

If both Democrats and Republicans agree on austerity at some level, then the challenge to the budget-cutters will have to come from outside the political establishment. That’s why it’s so exciting to see the furious response in Wisconsin against fanatical Gov. Scott Walker and his plan to smash unions and slash the living standards of state workers. As many as 20,000 workers and students demonstrated against Walker’s budget-cutting assault outside the state capitol on Tuesday, and more are expected today.

The struggle to stop the cuts, whether they come from Walker or Obama, won’t be won overnight. But the fight begins with protests like the ones in Wisconsin. It can also go forward with the confidence of knowing–after watching first Europe and then, even more spectacularly, the Middle East erupt in revolt–that our rulers can be stopped.

Anyone who thought the reference to amputation at the start of this editorial was SocialistWorker.org exaggerating things needs to take a closer look at what lawmakers are proposing.

In Wisconsin, the newly elected Scott Walker called a special session of the legislature–dominated by fellow Republicans in both houses–to push through a “budget repair” bill designed to crush public-sector unions and get rid of the state’s budget gap by making workers pay. Under the legislation, public employees would be responsible for 12.6 percent of their health insurance, and union members would have to vote each year to “recertify” their bargaining units, among many other provisions.

To underline his threat, the man protesters now call “Hosni Walker” threatened to call out the National Guard if state workers take action to defend their unions.

Among governors, Walker has gone to the most extreme lengths, but not by much. In California, Arnold Schwarzenegger presided over catastrophic cuts and imposed furloughs on state workers–and when he couldn’t get a deal with Democratic lawmakers last summer, he threatened to unilaterally reduce wages for all state workers to the federal minimum.

The assault is bipartisan, of course–Schwarzenegger’s successor, Democrat Jerry Brown, has proposed a budget that slashes spending by $12.8 billion and extends largely regressive tax increases worth $12 billion over 18 months.

For the last two years, the worst of the austerity measures came at the state and local levels because these governmental bodies aren’t allowed to run a deficit, unlike the federal government.

But with Republicans taking over the House, budget-cutting fever is on the rise in Washington, and the federal government’s deficit has become, if not illegal, then a favorite punching bag for the politicians of both parties. According to Rep. Paul Ryan, Republican chair of the House Budget Committee: “The biggest threat to our country and our economy is our debt.”

Not hunger. Not poverty or war or environmental catastrophe. The debt.

Barack Obama was never the socialist-leaning free spender that his Republican opponents claimed–even as his administration won a massive $787 billion stimulus bill in the first months of his presidency, he was preaching about the need for sacrifice and belt-tightening.

But the White House’s new budget proposal is an unmistakable lurch further down the road of austerity. The proposal for the 2012 fiscal year would cut $1.1 trillion over 10 years, and the majority of it comes from non-security discretionary spending–the small piece of the budget pie that doesn’t include the Pentagon and Homeland Security, or the Social Security, Medicare and Medicaid programs.

The cuts will be devastating–and potentially deadly. To take just one example, the administration wants to cut in half a home heating assistance program that helps 8.9 million households. This week, a Chicago man was found frozen to death in his unheated home after the utilities were shut off–such stories can only become more common if the White House gets its way.

The administration wants to take away $100 billion from the Pell Grant education program over 10 years, by eliminating grants for summer classes and requiring graduate students to start accruing interest immediately on loans. So much for Obama’s commitment to higher education in his State of the Union speech.

Obama is proposing a few things Republicans will hate. For example, the administration wants to end about $4 billion in annual federal subsidies to oil and gas companies. But the question that will occur to anyone who’s filled up their car with gas and handed over ever-increasing amounts of cash to the oil companies is this: Why did it take two years to ask for a little sacrifice from the oil giants?

Of course, measures like this will seem that much better when compared to Republican proposals. In fact, before the 2012 budget gets passed–after a torturous process of the House and Senate coming up with their proposals and battling it out–Republicans want to cut as much as $100 billion from spending for the current fiscal year, since the last Congress never passed a final budget.

The Republican proposals are as barbaric as you would expect, ranging from $1 billion stolen from a program to provide supplemental nutrition to pregnant mothers, to even deeper cuts in Pell Grants than Obama wants, to the elimination of funding for National Public Radio and the Corporation for Public Broadcasting.

And Republican leaders say they’ll shut down the federal government to get their way. Stopgap spending bills are keeping the government financed during the current fiscal year, but the latest runs out on March 4. GOP leaders say they’ll get their cuts by then, or else–a replay of 1995, when “Republican revolutionaries” under House Speaker Newt Gingrich let the government close rather than agree to a deal with Bill Clinton’s White House.

Rather than call out Republicans as extortionists and propose an alternative that defends the programs working people need, Democrats are talking about–what else?–compromise. “We are willing to meet the Republicans in the middle on spending,” Sen. Chuck Schumer told reporters last week, “but they keep lurching to the right.”

In part, Democrats are cynically looking forward to the Republicans running amok. In the mid-1990s, Newt Gingrich rapidly became the most hated man in national politics as the Republicans faced a backlash for shutting down the government.

But there’s a dynamic to the Democrats’ behavior that goes beyond election calculations. Throughout the Obama presidency, Democrats have been “willing to meet the Republicans in the middle”–but the Republicans have dragged what’s considered the “middle” far to the right in the meantime.

Thus, last year, Obama and the Democrats vowed that they would repeal the Bush administration’s tax cuts for the super-richest 2 percent when they expired at the end of 2010. Republicans dug in their heels and refused to accept any proposal that didn’t extend all the tax breaks.

Rather than force Republicans to vote for keeping a bonanza worth $70,000 a year for the top 1 percent of taxpayers, the Democrats put the issue off to a lame-duck session after the November election, when Republicans had all the momentum. In the end, Obama declared victory when Congress passed a bill that extended all the Bush tax breaks–exactly what Republicans were demanding.

The fiasco of how the Bush tax breaks got extended brings up another point.

Even if the Republicans were to get away with cutting $100 billion in spending from the current fiscal year–and they will have to settle for less than that, whether they shut down the government or not–that’s still a fraction of this year’s federal deficit, which is projected to be more than $1.6 trillion when the fiscal year ends September 30.

If Republicans really cared about the deficit, they could go back and rescind the extension of the Bush tax breaks–whose continuation for two years will cost $675.2 billion over the next decade, according to a Congressional Research Survey report.

This is the hidden-in-plain-sight scandal about Washington’s bipartisan austerity drive: The deficit that the politicians are so determined to fight is far more the result of the Bush tax breaks they just voted to extend than the social programs that will get axed under either Barack Obama’s or Paul Ryan’s proposals.

Then there’s the other elephant in the room–the Pentagon, which gets almost as much every year as all the other governments in the world spend on their militaries. Pentagon spending under the Obama proposal comes in at $553 billion, about $13 billion less than the military expected for 2012. Nevertheless, America’s war machine will still get a 3 percent increase in funding in inflation-adjusted dollars over 2011.

The hypocrisy of the Republican deficit hawks couldn’t be clearer. They’re ready to slash and burn when it comes to the 12 percent of the federal budget that goes to non-security discretionary spending. But when it comes to the bloated Pentagon budget, the Republicans want more spending, not less–and they’re the first to propose more tax breaks and loopholes for the rich and Corporate America.

But Barack Obama is no better. He claims he wants to repeal the Bush tax breaks for the richest 2 percent of households–but he’s already conceded that one once, and there’s no reason to believe he’ll take a harder line in two year’s time, especially with his own re-election on the line.

In fact, Obama has gone out of his way to cater to Corporate America as his re-election effort looms. “For the next two years,” wrote author Charles Ferguson, “one number towers over all others: $1 billion. That’s what the president’s re-election campaign is going to cost. The real audience for the budget proposals is Wall Street, not any set of voters, and certainly not the popular movement that elected him.”

The gap between what passes for political debate inside the Washington system and what ordinary people think is growing larger. Opinion polls show that in spite the bipartisan drumbeat about deficits, most people want more government spending, not less, on a wide range of questions, from education to Medicare to jobs and aid to the unemployed. A Pew survey found that 44 percent of people said the jobs crisis should be a bigger concern for the government, compared to just 19 percent who said the deficit.

That sentiment needs to be brought to bear on the politicians at the federal and state level. The huge protests in Wisconsin show what’s possible. Struggles like these hold the possibility of putting forward a real alternative to the budget-cutting bandwagon–one that puts the interests of working people ahead of Corporate America and the political elite of both parties.