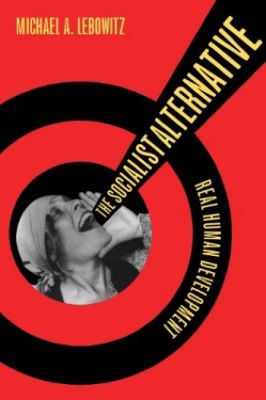 Few books provide the clarity of vision and practical lessons that Michael Lebowitz’s The Socialist Alternative: Real Human Development offers. Lebowitz outlines both strategic and tactical applications that will be of great value for anyone seriously interested in participating in the struggle to build a viable global socialist alternative to the dangerous and destructive capitalist system. This is especially important for those of us in the United States, where the forms of domination seem stronger and it seems more difficult to muster a sustained, critical mass of opposition.

Lebowitz restates the forms of struggle against the capitalist system in ways that allow the reader to understand the importance of moving beyond the domination of capital with clarity and practicality. He points out that the essential problem is workers’ cooperation with their own destruction — by “selling out” their labor and, thus, their collective power, to the capitalists. This amounts to a “free gift to capital” and from that moment on, labor is compromised and a “we are not” mentality dominates labor and forces it into a defensive and very difficult position. Worker control, community control and self-management by the associated producers are ways to counter this loss of subjective and objective power and begin building socialism in the 21st century.

Lebowitz spells out the steps we need to go through for labor to reconquer the position of the subject in the historical process and the very real differences between the capitalist road and the labor road to the future. This is one of the very best books on the issue of transition from capitalism to a viable socialist alterative in our time.