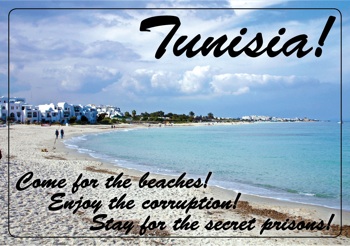 RABAT, MOROCCO— Facebook and cell phone text messages helped Tunisia’s youth organize an unprecedented revolution, which led to the overthrow of the 23-year-long Zine al-Abidine Ben Ali dictatorship and his flight with members of his family to Saudi Arabia on Jan. 14.

Arab satellite news stations, led by Al Jazeera and Al Arabiya, allowed the people of Tunisia to bypass Western media and get vivid commentary in their own language as the revolution gathered force. Gen. Rachid Ammar, who heads the country’s small professional army of 35,000, saved the day by proclaiming that his troops would not fire on the crowds and by advising Ben Ali to leave the country at the peak of the revolt. He is now a national hero and a possible future arbiter of power.

The success of street demonstrations in forcing the old guard Prime Minister Mohammed Ghannouchi to reshuffle his recently appointed cabinet and eliminate key ministers from the old regime is a major victory for the revolutionaries. So too is the decision by the new minister of the Interior to suspend the activities of the former ruling party, the Constitutional Democratic Rally, whose members have been accused of violence and looting in the weeks following Ben Ali’s flight.

Protesters are demanding a clean sweep from the past, new elections and a social order built on human rights, a free judiciary, an open press and real TV debates. They also want an end to widespread corruption, which milked the country of billions of dinars, impoverished at least 30 percent of the population and left many young people jobless.

When the Islamist leader Rachid Ghannouchi (no relation to the prime minister) returned to Tunisia on Jan. 30 after 22 years of forced exile, thousands of his followers met him at Tunis’ airport. Knowledgeable commentators estimate his movement, al-Nahda, may win 20 to 30 percent of the vote in projected parliamentary elections, but no one really knows the strength of the Islamists. In the last electoral test they participated in 22 years ago, they polled 17 percent of the vote. Many of the secular youth who fomented the revolution, including emancipated women and trade union rank and file, will contest Islamist dominance and help mobilize secular forces unleashed by the revolution. The question remains whether the military will allow an Islamist sweep of elections six months hence.

What took place in Tunisia is only the first step of a mass movement for change within the wider Arab world and beyond, where dictators rule. We live in an era that has provided young people everywhere with new means to organize and control their own media through digital technology shared on social media outlets.

In the late 1990s, sociologist Manuel Castells published a three-volume work entitled The Information Age. He argued it will be as transformative as the Industrial Revolution that began in Great Britain in the late 18th century. The Information Age has democratized access to information and empowered the powerless. Masses of people now possess new technology that even the most adroit censors cannot entirely control.

I have lived in Tunisia on and off since 1960. In 2006 I moved there to write a book about Tunisian leaders under French colonial rule in the 1920s. On many occasions I found my AOL account blocked because Islamic radicals in the country used the site and the government decided to cut off access for everyone. I learned how to bypass the block by learning a few words of Japanese and accessing an Asian site to read my email. Over the years, I have exchanged information with young Tunisians who have become masters at circumventing censorship.

Everyone in the country knew about the kleptocratic families of the president and his wife, Leila Trabelsi. During one of my stints in Tunisia, rumors spread that the Trabelsis were shaking down successful businesses for 25 percent of their worth. Last year I heard stories about “the family” taking over 50 percent of a factory and confiscating rural land. Few successful businesses were safe. They had set up a mafia-like enterprise that gave out import and export licenses to those who cooperated and denied licenses to those who refused.

In addition, if the police picked people up who had no protectors of importance they frequently ended up in the notorious Bouchoucha prison in Tunis. It often took a family several days to find out that their relatives had been arrested. They had to bribe Bouchoucha guards to find out if a son or brother was imprisoned there. Prisoners expected to be beaten and maltreated. Political prisoners, especially Islamists, faced brutal torture.

In rural small towns such as Sidi Bouzid and Kasserine, where the revolution began, people felt that the world had passed them by, leaving them without jobs of any value and scarcely any development. On Dec. 17, 26-year-old Mohamed Bouazizi, a high school dropout, immolated himself because a policewoman had confiscated the fruits and vegetables he was selling on the street. Immediately, his hometown, Sidi Bouzid, erupted. When he died on Jan. 4, Bouazizi became a martyr and the hero of the uprising. Kasserine blew up next and the revolt spread. For the first time the interior provinces, instead of Tunis or the coastal zone, fomented a mass protest movement. Tunisians, long cowed by Ben Ali’s security forces, found the courage to confront the 100,000 or so brutal police throughout the country of 10.5 million people.

Under Ben Ali, police control affected most Tunisians. Anyone organizing a meeting had to have permission from the Ministry of Interior. One could expect a police informant in the audience. If a stranger appeared at a meeting, everyone clammed up. Any person renting lodging had to report to the police and submit a copy of the lease and their identification. Any non-relatives visiting a family for several nights also had to report to the police. Noncompliance could lead to six months in jail.

Intellectuals travelling to foreign conferences often had their passports taken away at the airport, forcing them to cancel their trip. If they succeeded in passing police controls, they had to submit the texts of their presentations for censorship, sometimes receiving alternate texts in their place. Most people I knew feared that their homes and automobiles were tapped. To have meaningful conversations with some of my political friends we had to walk along the beach in order to evade police espionage.

Friends in Tunisia say that for two weeks after Ben Ali’s departure life gradually returned to normal. Demonstrations were still taking place in front of the prime minister’s office in the Kasbah to pressure the new government to organize free elections and guarantee freedoms. Schools have reopened since they were shut down at the beginning of the revolt. The government has also announced that all unemployed graduates with a professional degree will be given 150 dinars a month until they find work.

The center of Tunis has become a forum for political debate. For the first time in decades, people could speak their minds without fear of being snatched by the secret police. Subsidies on key foods have been restored, alleviating some of the misery produced by the precipitous rise in the price of staples.

Starting on Jan. 31, however, armed thugs began appearing on the streets in Tunis, terrorizing the population. My friends suspect they are police officers in plainclothes who are fighting back in the name of the old regime. Al Jazeera has broadcast footage of policemen beating up downtown demonstrators once again. Protesters wondered whether the army would intervene to protect the population under siege.

At no time did water, electricity or garbage collection stop in Tunis. Bus and tram service slowed but continued despite the tumult. Many workers stayed at their posts, and most people have returned to work. Rank-and-file workers of the General Union of Tunisian Workers broke with their government-appointed leaders and joined demonstrators. They lent experience from organizing large-scale May Day demonstrations over the years. There seems to be a struggle for control of the labor movement, but at least the old guard faces a revolt from more democratic forces that have a new liberated society on their side.

No one can predict what will happen next in Tunisia. We know both from history and WikiLeaks that the United States intervenes whenever possible to enhance its national interests. But with the Information Age revolution, a new world exists out there that neither it nor any other power can control.

Stuart Schaar is professor emeritus of Middle East and North African history, Brooklyn College, City University of New York, and co-author of The Middle East and
Islamic World Reader. He lives and teaches in Rabat, Morocco.