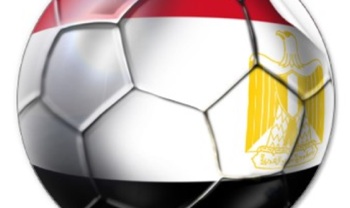 Over the decades that have marked the tenure of Egypt’s “President for Life” Hosni Mubarak, there has been one consistent nexus for anger, organization, and practical experience in the ancient art of street fighting: the country’s soccer clubs. Over the past week, the most organized, militant fan clubs, also known as the “ultras,” have put those years of experience to ample use.

Last Thursday, the Egyptian Soccer Federation announced that they would be suspending all league games throughout the country in an effort to keep the soccer clubs from congregating. Clearly this was a case of too little, too late. Even without games, the football fan associations have been front and center organizing everything from the neighborhood committees that have been providing security for residents, to direct confrontation with the state police. In an interview with Al Jazeera, Alaa Abd El Fattah, a prominent Egyptian blogger said, “The ultras — have played a more significant role than any political group on the ground at this moment.” Alaa then joked, “Maybe we should get the ultras to rule the country.”

The involvement of the clubs has signaled more than just the intervention of sports fans. The soccer clubs’ entry into the political struggle also means the entry of the poor, the disenfranchised, and the mass of young people in Egypt for whom soccer was their only outlet.

As soccer writer James Dorsey wrote this week, “The involvement of organized soccer fans in Egypt’s anti-government protests constitutes every Arab government’s worst nightmare. Soccer, alongside Islam, offers a rare platform in the Middle East, a region populated by authoritarian regimes that control all public spaces, for the venting of pent-up anger and frustration.”

Dorsey’s statement proved prophetic on Sunday when it was announced that Libya’s government had instructed the Libyan Football Federation to ban soccer matches for the foreseeable future. Sources in the government said that this was done to head off the mere possibility that Egypt’s demonstrations could spill over the border. The fear was that soccer could be the artery that would connect the challenge to Mubarak to a challenge to former U.S. foe turned ally Muammar al-Gaddafi.

The critical role of Egypt’s soccer clubs may surprise us, but only if we don’t know the history that soccer clubs have played in the country. For more than a century, the clubs have been a place where cheering and anti-government organizing have walked together in comfort. Egypt’s most prominent team, Al Ahly, started its club in 1907 as a place to organize national resistance against British colonial rule. The word Al Ahly translated into English means “the national,” to mark their unapologetically political stance against colonialism. Al Ahly has always been the team with the most political fans. It’s also a team that’s allowed its players to make political statements on the pitch even though this is in direct violation of FIFA dictates. It’s no coincidence that it was Al Ahly’s star player Mohamed Aboutrika, aka “the Smiling Assassin,” who in 2008 famously raised his jersey revealing the T-shirt, which read “Sympathize with Gaza.”

Of course there are thousands in the streets of Egypt that have no connection to the Ultras of Al Ahly or any of the clubs in Egypt. But soccer clubs, whether in Europe, Africa, Asia, or the Middle East, have a long history as a place where anger, frustration and dissent been channeled.

Sometimes it’s been channeled toward ill-ends like racist hooliganism or even as instruments of ethnic cleansing during the breakup of Yugoslavia. Other times, as in the Ivory Coast, it’s been a tool for unity during civil war. Even more than either of those options, the soccer clubs have been a safety valve where people have just let off steam.

Today in Egypt they’re at the heart of a rich mosaic of resistance. They stand as a remarkable example of the capacity that sports has to bring people together. An anonymous member of Mubarak’s ruling national party said to the government newspaper, Al Ahram, on Wednesday, “What we saw on the streets … are not just Muslim Brotherhood members or sympathizers but Egyptians at large; those are the Egyptians that you would see supporting the football national team ? and their show of frustration was genuine and it had to be accommodated.” Pity the government official with the sense to realize the enormity of the challenge in the streets and the naiveté to think it can be accommodated. The great author of Soccer in Sun and Shadow, Eduardo Galeano, in a different time and different context once wrote, “The Dictatorship of Fear is Over.” Truer words about Egypt could never be spoken.

Dave Zirin is the author of “Bad Sports: How Owners are Ruining the Games we Love” (Scribner) and just made the new documentary “Not Just a Game.” Receive his column every week by emailingdave@edgeofsports.com. Contact him at edgeofsports@gmail.com.