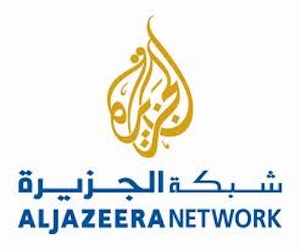 If it weren’t for Al Jazeera, much of the unfolding Egyptian revolution would never have been televised. Its Arabic and English language channels have provided the most comprehensive coverage of any network in any language hands-down. Despite the Mubarak regime’s attempts to shut it down, Al Jazeera’s brave reporters and camera crews have persevered. Six Al Jazeera journalists were detained briefly on Monday, their equipment seized. The US responded swiftly to their detention with the State Department calling for their release. “We are concerned by the shutdown of Al Jazeera in Egypt and arrest of its correspondents,” State Department spokesperson PJ Crowley tweeted. “Egypt must be open and the reporters released.”

The Obama White House has been intently monitoring al Jazeera’s coverage of the Egyptian revolt. The network, already famous worldwide, is now a household name in the US. Thousands of Americans—many of whom likely had never watched the network before—are livestreaming Al Jazeera on the internet and over their phones. With a handful of exceptions, most US cities and states have no channel that broadcasts Al Jazeera. That’s because cowardly US cable providers refuse to grant the channel a distribution platform, largely for fear of being perceived as supporting or enabling a network that for years has been portrayed negatively by US officials.

For people who have followed Al Jazeera’s history with the US, the fact that it is now perceived by the White House and the American public as a force for democracy and freedom is an ironic, some would say hypocritical, development. The contrast between Washington’s posture toward Al Jazeera from the Bush era to the Obama presidency could not be more stark.

During the Bush administration, nothing contradicted the absurd claim that the US invaded Iraq to spread democracy throughout the Middle East more decisively than Washington’s ceaseless attacks on Al Jazeera, the institution that did more than any other to break the stranglehold over information previously held by authoritarian forces, whether monarchs, military strongmen, occupiers or ayatollahs. Yet, far from calling for its journalists to be respected and freed from imprisonment and unlawful detention, the Bush administration waged war against Al Jazeera and its journalists.

The US bombed its offices in Afghanistan in 2001. In March 2003, two of its financial correspondents were kicked off the trading floor of NASDAQ and the NY Stock Exchange. “In light of Al-Jazeera’s recent conduct during the war, in which they have broadcast footage of US POWs in alleged violation of the Geneva Convention, they are not welcome to broadcast from our facility at this time,” said NASDAQ’s spokesperson. Later NASDAQ backed off that claim and said the networks accreditation had been revoked for “security reasons.”

In April 2003, US forces shelled the Basra hotel where Al Jazeera journalists were the only guests and killed Jazeera’s Iraq correspondent Tareq Ayoub a few days later in Baghdad. The US also imprisoned several Al Jazeera reporters (including at Guantánamo), some of whom say they were tortured. Among these was Sami al-Haj, an Al Jazeera cameraman who spent seven years at Guantanamo and was repeatedly interrogated by US operatives attempting to falsely link Al Jazeera to al Qaeda. In addition to the military attacks, the US-backed Iraqi government periodically banned Al Jazeera from reporting in Iraq. Indeed Al Jazeera was shut down in Iraq under both Saddam Hussein and the US-backed government.

Then in late November 2005 Britain’s Daily Mirror reported that during an April 2004 White House meeting with British Prime Minister Tony Blair, George W. Bush floated the idea of bombing Al Jazeera’s international headquarters in Qatar. This allegation was based on leaked “Top Secret” minutes of the Bush-Blair summit. At the time of Bush’s meeting with Blair, the Administration was in the throes of a very public, high-level temper tantrum directed against Al Jazeera. The meeting took place on April 16, at the peak of the first US siege of Falluja, and Al Jazeera was one of the few news outlets broadcasting from inside the city. Its exclusive footage was being broadcast by every network from CNN to the BBC.

The Falluja offensive, one of the bloodiest assaults of the US occupation, was a turning point. In two weeks that April, thirty marines were killed as local guerrillas resisted US attempts to capture the city. Some 600 Iraqis died, many of them women and children. Al Jazeera broadcast from inside the besieged city, beaming images to the world. On live TV the network gave graphic documentary evidence disproving US denials that it was killing civilians. It was a public relations disaster, and the United States responded by attacking the messenger.

Just a few days before Bush allegedly proposed bombing the network, Al Jazeera’s correspondent in Falluja, Ahmed Mansour, reported live on the air, “Last night we were targeted by some tanks, twice… but we escaped. The US wants us out of Falluja, but we will stay.” On April 9 Washington demanded that Al Jazeera leave the city as a condition for a cease-fire. The network refused. Mansour wrote that the next day “American fighter jets fired around our new location, and they bombed the house where we had spent the night before, causing the death of the house owner Mr. Hussein Samir. Due to the serious threats we had to stop broadcasting for few days because every time we tried to broadcast the fighter jets spotted us we became under their fire.”

On April 11 senior military spokesperson Mark Kimmitt declared, “The stations that are showing Americans intentionally killing women and children are not legitimate news sources. That is propaganda, and that is lies.” On April 15 Donald Rumsfeld echoed those remarks in distinctly undiplomatic terms, calling Al Jazeera’s reporting “vicious, inaccurate and inexcusable…. It’s disgraceful what that station is doing.” It was the very next day, according to the Daily Mirror, that Bush told Blair of his plan. “He made clear he wanted to bomb al-Jazeera in Qatar and elsewhere,” a source told the Mirror. “There’s no doubt what Bush wanted to do–and no doubt Blair didn’t want him to do it.”

Al Jazeera’s real transgression during the “war on terror” was a simple one: being there. That is what Al Jazeera is doing today in Egypt and why it is so dangerous to the Mubarak regime. While critical of US policy, Al Jazeera is not anti-American—it is independent. In fact, it has angered almost every Arab government at one point or another and has been kicked out of or sanctioned by many Arab countries (the one country which Al Jazeera arguably does not cover independently is its host nation of Qatar). It was the first Arab station to broadcast interviews with Israeli officials and is hardly the Al Qaeda mouthpiece the Bush Administration wanted us to believe it was. Now that is abundantly clear to Americans who over the past week have come to depend on Al Jazeera for accurate news on the developments in Egypt.

The real threat Al Jazeera poses to authoritarian regimes is in its unembedded journalism. That is why the Bush Administration viewed Al Jazeera as a threat, it is why Mubarak’s regime is trying to shut it down and that is why the network is so important to the unfolding revolutions in the Middle East. It is the same role the network plays in reporting on the disastrous US war in Afghanistan.

Part of why Al Jazeera has become acceptable is that, unlike throughout much of the Bush era, it now has a full 24-hour English language news channel filled with veteran reporters who came to the network from CNN, the BBC and other Western news outlets. When it was an Arabic language only network, it was a lot easier to demonize and malign because fact-checking US officials’ fabrications and pronouncements required a real effort.

At the end of the day, the real test of whether there is a substantive change in Washington’s stance toward independent, unembedded journalists and journalism will likely not involve Al Jazeera, but some other news outlet or journalist. And that test will be real only when that journalist or media outlets’ rights are in direct conflict with Washington’s agenda.

Jeremy Scahill is the author of the New York Times bestseller Blackwater: The Rise of the World’s Most Powerful Mercenary Army. He is currently a Puffin Foundation Writing Fellow at the Nation Institute.