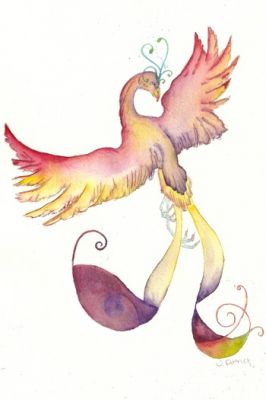 With next September marking the 10th anniversary of the Afghanistan War, a new antiwar group, the United National Antiwar Coalition (UNAC), is hoping to reinvigorate the peace movement by appealing to popular sentiment against multiple U.S. wars as well as to opposition to budget cuts and corporate bailouts at home.

“I think that UNAC is helping to rebuild the antiwar movement after a serious lull, which was the result of the presidential election. A lot of people thought that Barack Obama would end the wars, redistribute wealth, that there would be real change — but there wasn’t,” said Ashley Smith, a member of the UNAC steering committee who also belongs to the International Socialist Organization.

The group is currently focused on building connections among a wide variety of groups along with mobilizing people to turn out for two major rallies on April 9 and 10, in New York City and San Francisco, respectively. More than 500 organizations are sponsoring the demonstrations, ranging from Iraq Veterans Against the War and the National Green Party to 1199 SEIU and Students for a Democratic Society.

While the coalition, which was formed at a national antiwar conference in Albany, N.Y., last July, is making a targeted effort to build ties with labor, student, Muslim and South Asian community groups, Smith says that UNAC is reaching out to “every constituency that we can possibly think of.”

Organizers say their strategy is to politically link the U.S. wars in Iraq, Afghanistan and elsewhere to state budget cuts and layoffs on the domestic front. They say one hopeful sign is how recent attacks on public workers in Ohio, Michigan and Wisconsin have galvanized mass protests.

“People will not give those kinds of rights back. We have to fight against these attacks that we’re all feeling,” said Lombardo, who also belongs to Bethlehem Neighbors for Peace.

In addition to the immediate withdrawal of troops from Iraq and Afghanistan, UNAC is also working on campaigns against FBI repression of antiwar activists and the scapegoating of Arabs and Muslims. Other efforts include advocating for the release of Bradley Manning and supporting the U.S. Boat to Gaza.

Leading up to the April rallies UNAC is organizing teach-ins across the country to mark the eighth anniversary of the Iraq War on March 19.

With many activists looking to recent uprisings in the Middle East and North Africa and demonstrations in Wisconsin as a precursor of a stronger left, Smith says UNAC plans be a part of this “new resistance to imperialism.”

“UNAC hopes to play an important role in growing the antiwar movement in a meaningful way. U.S. imperialism isn’t going to give up its control of the planet without a fight,” Smith said.