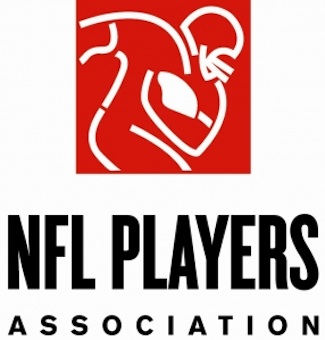 While the standoff over union rights rages on in the public sector, another collective bargaining conflict is brewing in the nation’s most popular and prosperous sport: football.

There has been a sense of growing urgency this week as the National Football League’s collective bargaining contract expires on Friday (midnight Thursday, to be precise). The owners and the players’ union have been unable to reach an agreement in several meetings, even with a federal mediator. The absence of a new deal with less than 24 hours remaining raises questions about the possibility of a work stoppage that would lead to calamitous financial consequences for the owners, players and the thousands of stadium workers left without jobs.

With the deadline approaching, there are only a few outcomes: a new deal is struck, both sides extend the negotiating period, the owners’ vote for a lockout or the union decertifies.

A lockout was all but certain, until new developments emerged late Tuesday. U.S. District Judge David Doty ruled in favor of the NFL Players Association by reversing a decision that allowed the owners access to $4 billion in TV revenues during a lockout. The judge found that the league violated an agreement by deferring some of the revenue from the past two years to 2011 as insurance money for the owners in case of a lockout.

The decision is a significant victory for the players’ association, since it reduces the financial leverage of the owners, who would have used the TV money to sustain themselves through a work stoppage.

But it isn’t still clear whether this will bring the two sides to reach a compromise, especially after weeks of negotiations without any breakthroughs. Earlier Tuesday, George Cohen, director of the Federal Mediation and Conciliation Service, told reporters the two sides still held “very strong differences” on “all-important core issues.”

The union and the owners have primarily tussled over how to divide $9 billion in revenue. But they are also apart on rookie wage scales, benefits for retired players, and plans by the owners to add two more games to the regular season.

Recent polls don’t appear to favor either side. A February survey conducted by Seton Hall University found that a plurality was optimistic an agreement would be reached before a work stoppage. Twenty one percent of respondents sided with players while 18 percent favored the owners.

There were also rumblings this week that the players’ association was planning to decertify in order to prevent a lockout. By doing so, the union would become a “trade organization” and leave the owners without a negotiating counterpart. Players will also lack representation and give up collective bargaining.

The tactic is not unprecedented for football, but very interesting at a time when public sector unions are fighting to maintain their right to unionize and negotiate collectively. The union also decertified in 1989 and formed again in 1993.

Decertification is a way for the players to individually sue the league by filing anti-trust claims and seek an injunction against a lockout. The union would claim that it is a violation for the 32 NFL teams to impose collective rules on players. The New York Times explains the tactic:

[P]layers could allege that the owners were engaged in a group boycott — a violation of antitrust law. Hundreds of players who are due to receive roster bonuses in a few weeks, and who would not receive them in a lockout, might argue that they should be free agents because their contracts were broken.

The measure is essentially an effort to pressure the owners from imposing a lockout by avoiding a lengthy and costly legal process.

The Times also points out that the league would actually want to maintain the union by claiming the decertification as a “sham.” The league even filed a claim to the National Labor Relations Board last month.

All signs point to a contentious off-season. The playbook for sports labor unions is certainly different from the plans drawn out by public sector, down to the core issue now riling up protesers in Wisconsin: collective bargaining rights. The players association may scrap collective bargaining, while labor groups across the country fight to retain it.

Wisconsin Governor Scott Walker and several other legislators want to eliminate unions while the NFL is hoping to validate the players’ association to support their legal argument. The NFL doesn’t intend to eliminate collective bargaining, as many legislators have attempted to do for public sector employees. But the owners, like many politicians and management, are intent on pushing for major concessions from their employees, in this case the players.

Whatever the tactic, the NFL Players Association and Wisconsin workers have expressed mutual support for each other during the trying months that lie ahead.