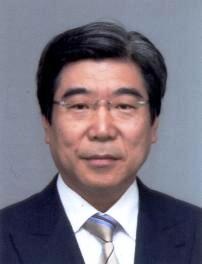 It has been said that you can judge the strength and character of a country by the way in which it handles itself during moments of crisis. For a country that has just experienced nature’s two-faced wrath – a 9.0 magnitude earthquake (the most powerful to hit Japan) and a tsunami that wreaked havoc on the eastern coastline and displaced thousands of people from their homes, it is hard not to admire the Japanese people for their resilience.

When I asked His Excellency UN Ambassador Kodama how his family was doing in Japan during a Skype interview, he replied, “So far, my family and relatives concerned, they are – thank you very much for asking me the question – very safe. None of them have been affected physically by this earthquake-tsunami.”

While the first two strikes of danger for Japan may have been inevitable, the third strike, unfortunately, was due to a man-made and potentially deadly energy source: nuclear power. Yesterday*, the IAEA (International Atomic Energy Agency) increased the Fukushima Daiichi power plant danger level from a 4 to a 5 on the International Nuclear Events Scale. “Level 5 risk is actually as powerful as the risk which happened to the ‘Three Mile Island’ disaster,” explained Mr. Kodama. “So this is dangerous enough, but we have been fighting all along to put the situation under control. And of course, let me also assure you that Japanese authorities, in close collaboration with the U.S. military forces, experts – they are working together – they are sharing a vital information together. We keep also posted the IAEA experts; we are trying our very best to share vital information in a prompt and mostly open and transparent manner.”

Currently, the external transmission lines that were being built to supply electricity to the overheated nuclear fuel units have been connected and are “able to supply energy,” according to a Reuters report. Meanwhile, those living near the power plant have been instructed to stay indoors, with dwindling resources and no way of knowing exactly how safe they are. As I thought about the impact of the world watching this ongoing and terrifying situation, I asked if it would force other governments to reconsider other energy sources more seriously than before.

“Any society, any government in the world, must ask themselves: ‘Is it safe for us to continue to rely on nuclear power stations as it stands?’” said Mr. Kodama. We of course – are now struggling to address the issue of the climate change, address the issue of reducing somehow the increasing amount of Co2 (carbon dioxide), or greenhouse gases. This is a must. In order to do so, we all accept that the nuclear energy can be a viable option to replace fossil fuel energy. The problem with the nuclear energy is of course – there always is a danger of nuclear radioactivity contamination. So this is a very stressful challenge for us, and I’m sure that our government, our people, will think hard about it.”

Sure enough, people have begun to think about it already. New York City’s own Governor Cuomo has called to shut Indian Point power plant, which lies approximately 25 miles north of the city, because it ranked number 1 for risk of causing most damage from an earthquake, according to the Nuclear Regulatory Commission. The power plant has also been on various activist groups’ radars for some time now following safety violations and environmental concerns from radioactive leaks into the Hudson River over the last several years. Indian Point released a recent statement on its website declaring, “Indian Point is designed to withstand an earthquake greater in size than the area has ever experienced. The NRC recently stated that ‘operating nuclear power plants are safe and that every plant is designed with a margin of safety beyond the strongest earthquake anticipated in the area.’”

Despite this, no one feels reassured as they watch events unfold in the town of Okuma, Japan. Perhaps it is because the country that was most prepared for the natural disasters that hit it – its very infrastructure was built around these emergencies – has been left crippled and on its knees.

As Mr. Kodama discussed Japan’s exploration and investment in sustainable energy sources using water and solar power, he said, “I don’t think we will be free from relying on fossil fuels nor nuclear energy. I do think that it will take some time for the global community to reach such a state.”

This highlights the fundamental conflict that has been grappled with and swept aside by the most powerful nations in the world, despite environmentalists and scientists warning about the severe consequences of our energy production and consumption: that governments should be spending more time and effort on designing sustainable energy resources to decrease our dependence on oil and nuclear energy.

Mr. Kodama said, “The global community, more than ever – is obliged to rely on non-fossil fuel energy. We are hoping of course with a more secure technology to protect the nuclear power plant operation, and certainly I think nuclear energy will continue to be a viable option.”

While governments around the world wonder, and even feel uneasy about their own power plants and being in a similar predicament, they have offered their most solid support for Japan’s needs. “As of March 16, more than 26,000 people have been rescued through the combined efforts of all these people and organizations,” Mr. Kodama said, referring to search-and-rescue teams sent from the Republic of Korea, the U.S., Russia, China and European countries.

Japan’s nuclear power troubles may improve over time. But in the global spectrum, we have been losing the battle to efficiently address the ongoing, highly debated, and even fervently dismissed motion of finding alternative energy sources that don’t set off a ticking time bomb. Current events suggest, however, that these issues will be back on the table for even more heated discussion.

But before nations initiate any energy queries, Japan and its global allies must continue to fight against the imminent nuclear threat.

Despite the amount of loss Japan has faced, I could still hear the genuine gratitude layered under diplomatic politeness in Mr. Kodama’s voice as he talked about the help his country has received from other nations. “I think they have done all they could,” he said.