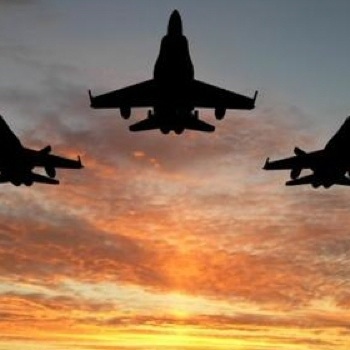 Long ago Qaddafi forfeited the legitimacy of his rule, creating the political conditions for an appropriate revolutionary challenge. Recently he has confirmed this assessment by referring to the disaffected portion of his own citizenry as ‘rats and dogs’ or ‘cockroaches,’ and employing the bloodthirsty and vengeful language of a demented tyrant. Such a tragically criminal imposition of political abuse on the Libyan experience is a painful reality that exists beyond any reasonable doubt, but does it validate a UN authorized military intervention carried out by a revived partnership of those old colonial partners, France and Britain, and their post-colonial American imperial overseer?

From a personal perspective, my hopes are on the side of the Libyan rebels, despite their reliance on violence and the opaqueness of their political identity.  As many credible exile Libyan voices attest, it would seem highly likely that a rebel victory would benefit the people of Libya and would be a step in the right direction for the region, especially the Arab world, but does this entail supporting Western-led military intervention even if it is backed by the United Nations? I think not.

Let us begin with the unknowns and uncertainties. There is no coherent political identity that can be confidently ascribed to the various anti-Qaddafi forces, loosely referred to as ‘rebels.’ Just who are they, whom do they represent, and what are their political aspirations. It is worth observing that unlike the other regional events of 2011 the Libyan rising did not start as a popular movement of a spontaneous character, or a specific reaction to some incident as in Tunisia. It seemed, although there is some ambiguity in the media reports, that the Libyan oppositional movement was violent almost from the start, and seems more in the nature of a traditional insurrection against the established order than a popular revolution in the manner of Tahrir Square inspired by democratic values. Such a political reaction to Qaddafi’s regime seems fully justified as an expression of Libyan self-determination, and as suggested deserves encouragement from world public opinion, including soft power instruments available to governments and civil society actors, including diplomatic and economic pressure, boycott, divestment, and maybe sanctions. By and large, the international community did not resort to interventionary threats and actions until the domestic tide turned in favor of Tripoli, which means that intervention was called upon to overcome the apparent growing likelihood that Qaddafi would reestablish order in his favor, and therefore represents an effort to restructure a country’s governing process from without.

The main pretext given for the intervention was the vulnerability of Libyan civilians to the wrath of the Qaddafi regime. But there was little evidence of such wrath extends beyond the regime’s expected defense of the established order, although admittedly being here undertaken in a brutal manner, which itself is not unusual in such situation where a government and its leadership is fighting for their survival. How is this Libyan response different in character than the tactics relied upon by the regimes in Yemen and Bahrain, and in the face of far less of a threat to the status quo, and even that taking the form of political resistance, not military action. In Libya the opposition forces were relying almost from the outset on heavy weapons, while elsewhere in the region the people were in the streets in massive numbers, and mostly with no weapons, and in a few instances, with very primitive ones (stones, simple guns) that were used in retaliation for regime violence. It may have been the case that the Libyan governmental response was predictably brutal and militarist, and that the rebel opposition felt that it had no choice. But it should have been clear from the experiences in Iraq and Afghanistan that military intervention against a hated and brutal regime is not the end of the story, and before the ending is reached violence cascades to heights far beyond what would have likely resulted had there been no intervention, and in the process inflicts heavy casualties and massive displacements upon an entrapped and innocent population. In effect, overall historical trends vindicate trust in the dynamics of self-determination, even if short-term disillusioning disasters may and do occur, and similarly underscores the problematic character of intervention, even given the purest of motivations, which rarely, if ever, exists in world politics on the side of intervening parties.

But it can be asked, what about Rwanda, Bosnia (especially, the massacre at Srebrenica)? Are not these instances where humanitarian intervention should have been undertaken and was not? And didn’t the NATO War in Kosovo demonstrate that humanitarian intervention does sometimes spare a vulnerable population from the ordeal of genocidal ethnic cleansing? With respect to Rwanda and Bosnia, the threat of genocidal behavior was clearly established, and could likely have been prevented by a relatively small-scale intervention, and should have been undertaken despite the uncertainties. The facts surrounding the alleged genocidal threat in Kosovo remain contested, but there was a plausible basis for taking it seriously given what had happened a few years earlier in Bosnia. But just as the Libyan rebels raise some suspicion by seeking Euro-American military intervention, so did the KLA in Kosovo engage in terrorist provocations that led to violent Serb responses, allegedly setting the stage in 1999for NATO’s ‘coalition of the willing.’ NATO went ahead in Kosovo without the benefit of a Security Council mandate, as here, for military action ‘by all necessary means.’ But with respect to Libya there is no firm evidence of a genocidal intention on Qaddafi’s, no humanitarian catastrophe in the making, and not even clear indications of the extent of civilian casualties resulting from the fighting. We should be asking why did Russia signal its intention to veto such authorization in relation to Kosovo, but not with respect to Libya. Perhaps, the Russian sense of identification with Serb interests goes a long way to explain its opportunistic pattern of standing in the way or standing aside when interventionary forces gathered a head of steam in the late 1990s.

One of the mysteries surrounding the Libyan intervention is why China and Russia expressed their opposition by abstaining rather than using their veto, why South Africa voted with the majority, and why Germany, India, and Brazil were content to abstain, yet seemed to express reservations sufficient to cast ‘no’ votes, depriving the interventionist of the nine affirmative votes that they needed to obtain authorization. Generally the veto is used promiscuously, as recently by the United States, to shield Israel from condemnation for their settlement policy, but here the veto could have prevented a non-defensive and destructive military action that at this stage seems imprudent and almost certain in the future to be regarded as a poor precedent.

The American debate on the use of force was more complex than usual, and cut across party lines. Three positions are worth distinguishing: realists, moral interventionists, moral and legal anti-interventionists. The realists, who usually carry the day when military issues arise in foreign policy debates, on this occasion warned against the intervention, saying it was too uncertain in its effects and costs, that the U.S. was already overstretched in its overseas commitments, and that there were few American strategic interests involved.

The moral interventionists, who were in control during the Bush II years, triumphantly reemerged in the company of hawkish Democrats such as Hilary Clinton and Joseph Biden, eventually prevailed in the debate,  probably thanks to the push from London and Paris, the acquiescence of the Arab neighbors, and the loss of will on the part of Moscow and Beijing. It is hard to find a war that Republicans do not endorse, especially if the enemy can be personalized and demonized as Qaddafi has been, and there is some oil in the ground! The anti-interventionists, who doubt the current effectiveness of hard power tactics, especially under Western auspices, were outmaneuvered, especially at the United Nations and in the sensationalist media that confused the Qaddafi horror show for no brainer/slam dunk reasoning as to the question of intervention, treating it as a question of ‘how,’ rather than ‘whether,’ again failing to fulfill their role in a democratic society by giving no attention to the anti-intervention viewpoint.

Finally, there arises the question of the UN authorization by way of Security Council Resolution 1373. The way international law is generally understood, there is no doubt that the Security Council vote, however questionable on political grounds and in relation to the Charter text and values, resolves the legal debate within the UN. An earlier World Court decision, ironically involving Libya, concluded that even when the UN Security Council disregards relevant norms of international law, its decisions are binding and authoritative. Here, the Security Council has reached a decision supportive of military intervention that is legal, but not legitimate, being neither politically prudent nor morally acceptable. The states that abstained acted irresponsibly, or put differently, did not uphold either the spirit or letter of the Charter. The Charter in Article 2(7) accepts the limitation on UN authority to intervene in matters ‘essentially within the domestic jurisdiction’ of member states unless there is a genuine issue of international peace and security present, which there was not, even in the claim, which was supposedly motivated solely to protect the civilian population of eastern Libya. But such a claim was patently misleading and disingenuous as the obvious goals, as manifest from the scale and nature of military actions taken, were minimally to protect the armed rebels from being defeated, and possibly destroyed, and maximally, to achieve a regime change resulting in a new governing leadership that was friendly to the West, including buying fully into its liberal economic geopolitical policy compass. The missile attacks in the vicinity of Tripoli, especially the missile hits on the Qaddafi compound are unmistakable signatures of this wider intention. As the Gulf War in 1991 demonstrated, once the Security Council authorizes military action of an unspecified character, it gives up any further responsibility for operational control and accountability.

Using a slightly altered language, the UN Charter embedded a social contract with its membership that privileged the politics of self-determination and was heavily weighted against the politics of intervention. Neither position is absolute, but what seems to have happened with respect to Libya is that intervention was privileged and self-determination cast aside. It is an instance of normatively dubious practice trumping the legal/moral ethos of containing geopolitical discretion with binding rules governing the use of force and the duty of non-intervention.  We do not know yet what will happen in Libya, but we do know enough to oppose such a precedent that exhibits so many unfortunate characteristics.  It is time to restore the global social contract between territorial sovereign states and the organized international community, which not only corresponds with the outlawry of aggressive war but also reflects the movement of history in support of the soft power struggles of the non-Western peoples of the world.

If ordinary citizens were allowed to have foreign policy doctrines mine would be this: without reasonable levels of certainty, states should never engage in violent action that kills people. And if this cautionary principle is ignored, governments should expect that their behavior would be widely viewed as a species of international criminality.