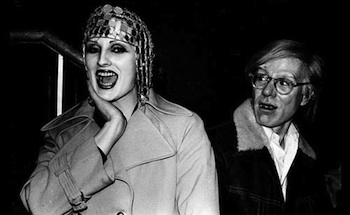 Did you know Andy Warhol’s ancestral home is in Miková, Slovakia? I didn’t, either. But the curators at the Ukrainian Museum do, and it’s one of the sponsors of Kinofest NYC, a film festival that will take place March 16–20 at several locations in the East Village.

While Warhol will be the focus of the festival’s opening night — which will include the photo exhibit “Slavs of New York: Andy Warhol’s Nowhere,” along with the film I Am From Nowhere, which explores Warhol’s Slovakian roots — the rest of Kinofest NYC celebrates independent cinema from Ukraine and other post-Soviet countries. (Full disclosure: being an immigrant from Ukraine, I have a 100 percent vested interest in this topic).

Festival director and founder Andrew Kotliar, who started a similar film series in Philadelphia prior to Kinofest NYC, describes Ukraine as a country “still figuring themselves out.” 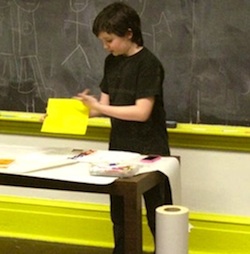 While the festival, which is in its second year, has received a lot of support from the Ukrainian community in New York — this year’s sponsors include Veselka and Self Reliance (NY) Federal Credit Union, which serves the Ukranian community — Kotliar emphasizes that it’s not just a Ukrainian event. Featured films include Torn From the Flag, a historical documentary about the 1956 revolution in Budapest, and Women From Georgia, a documentary that explores the lives of women who have left Georgia for the United States to work as home attendants and nannies and send money back home to their families.

For a somewhat different night at the museum, Trade School, the barter-based teaching facility I’ve been following so earnestly, will be camping out at the Whitney Museum of American Art for one night on March 25. The event, called Coincidence of Wants, will feature 16 simultaneous classes. To gain entry, just bring a handmade offering of your choice (which will be prominently displayed). Sign up at tradeschool.ourgoods.org/whitney. 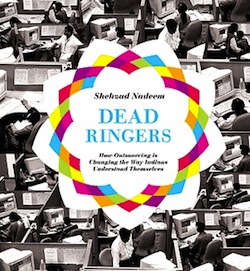 If you’re interested in a more traditional learning format, be sure to check out Shehzad Nadeem’s discussion of his new book Dead Ringers: How Outsourcing is Changing the Way Indians Understand Themselves at powerHouse Books Arena on March 30.

In Dead Ringers Nadeem, a sociology professor at Lehman College, examines the lives of Indians who work in call centers and are paid to emulate Americans through their accents, Westernized names and habits.

Though technologically savvy, more often than not they’re relegated to carrying out rote tasks under the eyes of overbearing management in the dead of night — when most of their clients, on the other side of the world, are awake. Sound familiar? “The future is calling” just got a whole new meaning.

Indy Picks is a regular column featuring free and low-cost events around the city. Send event suggestions to irina@indypendent.org.