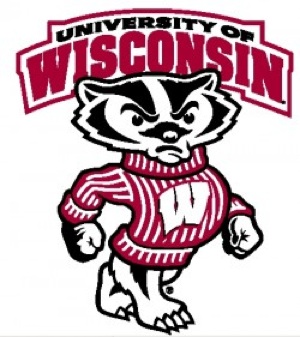 After ramming through their bill to strip almost all public employees of union rights, Gov. Scott Walker and his band of Republican minions are continuing their offensive to re-configure institutions not driven by the profit motive—in this case, the University of Wisconsin’s flagship campus in Madison. Their goal is to shield the university from public accountability and re-shape it to meet the needs of major corporations.

On the union issue, the deceptive, polarizing, and contemptuous style of Walker and his minions toward opponents proved to be deeply out of touch with Wisconsin traditions of open government and bi-partisan respect, as historian William Cronon recently argued. (Moreover, the tactics of Walker and his posse were so devious and ham-handed that they inspired a Republican-appointed judge to impose a temporary restraining order against implementation of the new law.) However, Walker and Co. are stubbornly pressing ahead with their agenda, ignoring every indicator of popular opinion.

Walker and his corporate contributors have the transfer of a major public institution in mind: re-shaping one of the state’s proudest public treasures, UW-Madison, into a quasi-private institution. Under this “new business model,” UW-Madison would be freed from many forms of public accountability and could be integrated more directly into the service of the state’s corporations.

As Steven Horn points out in The Nation, this model of the “New Badger Partnership” between UW-Madison and corporations resembles December 2010 recommendations issued by the Wisconsin Policy Research Institute, funded by the neoconservative Bradley Foundation, which has provided two recent presidents of the university’s Board of Regents.

One of the most disturbing results at UC-Berkeley and the University
of Virginia, which have already undergone, corporate-driven transformations, has been skyrocketing tuition that now places these institutions far out of reach of many students, Horn writes.

As Walker has done elsewhere, he is manufacturing a budgetary
problem at UW that can be ” solved” with his pre-selected policy choice: moving the university away from public control and public service. Walker has proposed $250 million in cuts for the University of Wisconsin system, with Madison due to take a $125 million hit.

That provides the perfect rationale for a quasi-privatization of the
UW-Madison. Madison is viewed as a magnet for money from wealthy donors and corporations—if bothersome public disclosure regulations can be trimmed away.

Madison Chancellor Biddy Martin is backing the budget cuts in exchange for greater autonomy (i.e., freedom from public oversight on corporate-university ties) and enhanced potential for private fundraising to make up for lost state revenues. Martin’s stance is opposed by every single chancellor in the
university system outside Madison and every member of the UW Board of Regents, points out John Drew, a UAW official who is the labor representative on the Board of  Regents.

“I think it moves Madison more toward a higher tuition model in the future, with fewer Wisconsin kids having an opportunity to attend in the future. That’s my fear,” said Drew, whose son attends UW-Madison. Drew is also troubled by the deal-making between UW administrators and Walker. “The proponents of spinning off Madison separately are making a deal with the devil, working with Walker to make it happen.”

State contributions to the university system have dwindled as the CEOs of a majority of large Wisconsin corporations have learned how to avoid paying state taxes, as the Institute for Wisconsin’s Future documents. UW’s top bureaucrats have been casting loving gazes at these same CEOs in hopes of attracting big dollars.

As my old friend and colleague Ed Garvey explains:

Two years ago I listened to former UW System President Kathryn Lyall point out that while she supports a public school system, including the UW, corporations are contributing more money to the UW than is the state.

She asked at a luncheon, “Don’t the corporations then become stakeholders?… [emphasis added]

If one follows that bouncing ball, the Koch brothers [right-wing billionaires David and Charles] could easily become major “stakeholder” of the UW with what would be pocket change for the billionaires. They would govern, set tuition, decide on research priorities, hire faculty and fire the unorthodox.

This is a far cry from the original purpose of UW-Madison, one of
the nation’s land-grant colleges established to provide education to
all students with the potential to lbenefit.

UW-Madison was heavily shaped by the “Wisconsin Idea,” a concept focused on innovative ways of fulfilling public needs rather than enhancing profit.

Wisconsin writer John Kaufman recalls that the “Wisconsin Idea,” as
articulated in a brief book in 1912 by Charles McCarthy, head of the
state’s Legislative Reference Bureau, has always been associated with independence from corporate domination and commericalization. As McCarthy wrote,

The reason for the Wisconsin legislative program is not hard to find. … The problem is one with which the whole American people is grappling. It presents no particular mystery nor is it difficult to understand. Take up any newspaper. What are the headlines? — Monopoly — Trusts — Trusts and the tariff — High cost of living — Predatory wealth.

In sharp contrast, the newly-revised version of the “Wisconsin idea” centers on a total capitulation to commercialization. The UW-Madison’s “Wisconsin Idea” website under “Building Wisconsin’s Economy,” now reads:.

UW-Madison is a powerful economic engine for the state of Wisconsin. … Direct services to the business community are keeping the state competitive.

In the rush to commercialize the university, “Examples of public-private collaboration cited by [UW President Kevin] Reilly may have serious side effects for we the people,” notes Kaufman. “[T]he production of isoprene from paper mill waste, this ‘high-value chemical,’ as Reilly calls it, is a hazardous industrial substance and a likely carcinogen. Isoprene is now controlled as a pollutant in Canada.”

Despite the unanimous opposition from the Board of Regents, chancellors at other UW campuses, and unions like the Teaching Assistants Association,  Walker and his allies like Biddy Martin are steaming ahead with their plans for re-shaping UW-Madison to serve as a school that will help corporations generate bigger profits.

The pro-corporatization forces, calling themselves the New Badger
Advocates, have assembled a massive 14-member lobbying team with heavy Republican connections headed up by Brandon Scholz, former director of the Wisocnsin Republican Party and a lobbyist for Georgia Pacific (owned by the  David and Charles Koch) and the Wisconsin Collectors Association, which represents debt-collection agencies, as Horn has documented..

A lobbying team of 14 well-connected professionals clearly requires truly enormous funding. So who is funding Badger Advocates and what motive could they possibly have besides merely wanting to take an expensive institution off the public hands?

We don’t know, because Brandon Scholz won’t disclose the source of funding.

In essence, a mysterious group of funders is proposing to make a public institution much less public and much less transparent. Yet the public has no chance to evaluate their motives and how that would shape their plans for UW-Madison.

However, as with the issue of public-employee union rights, Walker and the shadowy figures behind the Badger Advocates may discover that the corporatization of UW-Madison runs counter to deeply-held Wisconsin values. Some institutions should remain outside the realm of profit maximization.