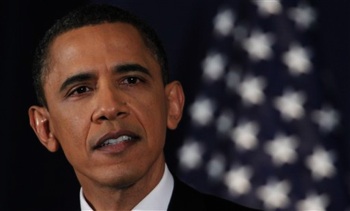 President Obama failed to make the case for intervention in Libya. He never addressed the issue of his warmaking powers. He failed to distinguish between Libya and other cases like it, such as Syria, Yemen, or Bahrain. And he didn’t adequately address the question of the overextension of our military, and the distraction from the crying needs that face this country.

Instead, he stressed the humanitarian justification for the action, using the word “massacre” four times and oddly echoing George W. Bush and Condoleezza Rice’s phraseology about the “mushroom cloud.”

Whereas they said they couldn’t wait for the “smoking gun to be a mushroom cloud,” Obama said he refuses “to wait for the images of slaughter and mass graves before taking action.”

Like Bush, Obama spun a justification for preemptive or preventive war, a dangerous doctrine which future presidents may invoke any time they wish.

Nor did Obama forswear his predecessor’s unilateralism.

“I will never hesitate to use our military swiftly, decisively, and unilaterally when necessary to defend our people, our homeland, our allies, and our core interests,” Obama said.

He actually used the military so swiftly he didn’t bother with Congress or the Constitution.

On top of defending “our people, our homeland, our allies, and our core interests,” Obama added other occasions for intervention “when our safety is not directly threatened, but our interests and our values are.” (Though by “interests” here he must mean something less than “core interests,” which were in his primary list.) In this secondary list, he lumped everything in from “preventing genocide” to “ensuring regional security” and “maintaining the flow of commerce.”

If the Pentagon is going to go on bombing raids every time the flow of commerce is threatened, then we can expect perpetual war.

Obama tried to fob off the obligations such a doctrine imposes by amending JFK’s “pay any price”/ “bear any burden” rhetoric. Now it’s not the United States that will do all the paying and bearing; our allies are going to have to “bear their share of the burden and pay their share of the costs,” Obama said.

But the fact remains that his expansive doctrine will be enormously costly and burdensome to the United States.

Our government always has money for war; never the money for universal health care or for wiping out poverty or for ensuring full employment.

And when Obama said, in the midst of running three wars, that “we are naturally reluctant to use force to solve the world’s many challenges,” he must have been kidding.

This article was originally published on The Progressive’s website, progressive.org.