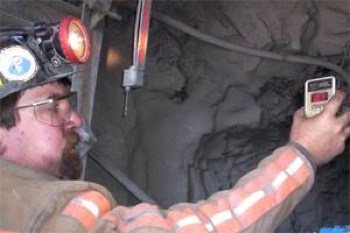 The shock and spectacle of the deadly fire at the Triangle Shirtwaist factory 100 years ago appalled the nation and led to state intervention to enforce safer working conditions. It shaped the consciousness of the New Deal’s architects, such as future Labor Secretary Frances Perkins, who happened to witness the tragedy.

That’s a story of middle-class reformers moving things for the working class, and it’s upside-down.

Advances in workplace safety “only come after workers rising up and organizing,” said Peg Seminario, AFL-CIO director of safety and health, at a March 24 conference in New York City about the Triangle fire. “The tragedies themselves haven’t been enough.”

Pressure was already building well before the fire. Two years earlier, 20,000 shirtwaist seamstresses walked out of 500 shops, big and small, striking for shorter hours, higher pay, and unions. They stayed out all winter, facing down arrests, picket-line beatings, and starvation. Among the strike demands were adequate fire escapes.

Although other garment employers settled, Triangle refused to sign on. The following March the fire consumed 146 lives when workers were trapped in a new “fireproof” building. Their work areas were full of flammable material, doors were locked, and the fire escape was flimsy. The owners, who escaped the building, blamed the workers—hysterical girls, they said.

The wave of factory regulations of the Progressive Era was an attempt to appease the growing outrage of workers—fed by Triangle-like conditions across industries—and to deter work stoppages. Strikes broke out all decade, until nationally one in five workers was on strike during 1919, according to historian Joshua Freeman.

Similarly, the modern era of health and safety regulation started with work stoppages. The Mine Safety and Health Act of 1968 was won after workers all over West Virginia quit mining coal. Their strike was a response to safety conditions after the Farmington, West Virginia, mine disaster that killed 78.

OSHA, won in 1970, didn’t come from the good graces of Richard Nixon or the Democrats and Republicans coming together and deciding it was time to protect workers, Seminario said.

Several unions had been focusing on safety and health as a major issue and Tony Mazzocchi of the Oil, Chemical and Atomic Workers “went around the country eliciting from workers what kinds of conditions they were facing, what kinds of chemicals were making them sick, really developing a whole conception of workers as a source of knowledge,” said historian Gerald Markowitz. The number of workplace health and safety related strikes reached a decade-long high in 1966 and 1967.

But employers never accepted the rights of workers or unions to challenge them over health and safety—or anything else, Seminario said.

The new head of OSHA appointed by President Obama, David Michaels, comes from the union-backed Councils for Occupational Safety and Health movement. He wrote a book on employer attacks on science titled Doubt is Their Product: How Industry’s Assault on Science Threatens Your Health. His boss at the Department of Labor, Hilda Solis, was labor’s pick—some have hailed her as the “next Frances Perkins.” Michaels’ deputy is Jordan Barab, who once ran AFSCME’s health and safety program.

How can so many good appointees, who unionists agree understand the issues, apparently display so little power during two years in office?

Funding indicates priority and OSHA’s annual budget of $580 million is about how much the Department of Commerce spent on one year of the transition to digital TV.

Nationally, OSHA fields 2,218 inspectors. The International Labor Organization says that for a workforce the size of the U.S. there should be 13,481 inspectors.

Given these severe staffing constraints, OSHA has focused on amplifying the voice of workers. Its new regulatory structure, called “Plan/ Prevent/ Protect,” would require all employers to identify hazards and make a plan to fix them. Workers would have input, and could look at the current plan, allowing them to monitor their employer.

West Virginia labor law professor Anne Marie Lofaso calls it “one of the boldest and most proactive workplace measures taken by any administration in recent memory.” But it’s unclear how any of that would work without a union.

Immigrant workers—as at the time of the Triangle Fire—suffer more dangerous conditions and have fewer avenues to protest. OSHA has been conducting a series of conferences for Latino workers and developing a system with consulates so that workers can make confidential safety complaints in their own languages, which will then be relayed to OSHA.

These measures can provide openings, but union leaders and labor historians say change has never come from government officials.

Nowhere are the difficulties of regulatory enforcement more stark than in mining. Eric Frumin, Change to Win’s occupational safety and health director, cited the Upper Big Branch mine disaster last year, which killed 29.

Mine regulators are “the most aggressive in enforcement—more than OSHA in many ways,” he said. “But those miners were terrified and they were not protected” if they spoke up. The miners had no union.

At the Triangle conference, OSHA head Michaels ruefully explained the reality: workers only have the ability to refuse dangerous work if they’re protected by mechanisms other than OSHA—like a union contract.

“OSHA had 10 years that were wonderful, but beginning in the late ’70s there was tremendous reaction,” said Markowitz, a City University of New York professor.

Employers have attacked the science of health and safety, hired researchers to create management-friendly studies, and developed think tanks to promote their views. Business lobbyists have turned the process of making a new rule into a tar pit where safety measures slowly die.

The OSHA reform package, the Protecting America’s Workers Act, never got out of committee in two years of an overwhelmingly Democratic House and Democrat-led Senate. Unionists scoured the halls of Congress to secure votes; OSHA officials urged adoption in strong and heartfelt testimony.

“We thought we were a hair’s breadth away,” said Barbara Rahke, director of the PHILAPOSH occupational safety and health group in Philadelphia. “We were banging on doors in the capital every day.”

But soon Blue Dog Democrats—many of whom had signed on to the legislation—started talking about the upcoming election. “It all started to unravel,” she said.

Months later Rahke attended a management-side labor law conference where Bush-era officials—now lobbyists—described how they worked to kill the legislation. But there’s plenty of blame to go around on both sides of the aisle.

Earlier this year, the U.S. Department of Labor withdrew a proposed rule requiring employers to report musculoskeletal injuries to the Occupational Safety and Health Administration, the first step to documenting the problem and crafting rules to limit the crippling injuries that result from repetitive activity. The withdrawal came as Obama attacked “burdensome” regulation early this year.

“We’ve seen weaker responses than we would have wanted, at the presidential level,” Rahke said.

To prevent OSHA from taking the initiative, those regulators-turned-lobbyists are gunning for its budget. House Republicans proposed a 20 percent cut—which could end worker injury and fatality reporting. The OSHA website could be mothballed.

Regulators—even sympathetic ones—need unions out there mobilizing if they are to do their jobs right.

At a memorial for the workers in 1911, shirtwaist strike organizer Rose Schneiderman expressed skepticism about the wealthy patrons and reformers who were aiding the workers’ cause. She said, “I know from my experience it is up to the working people to save themselves.”

Mischa Gaus contributed to the piece.