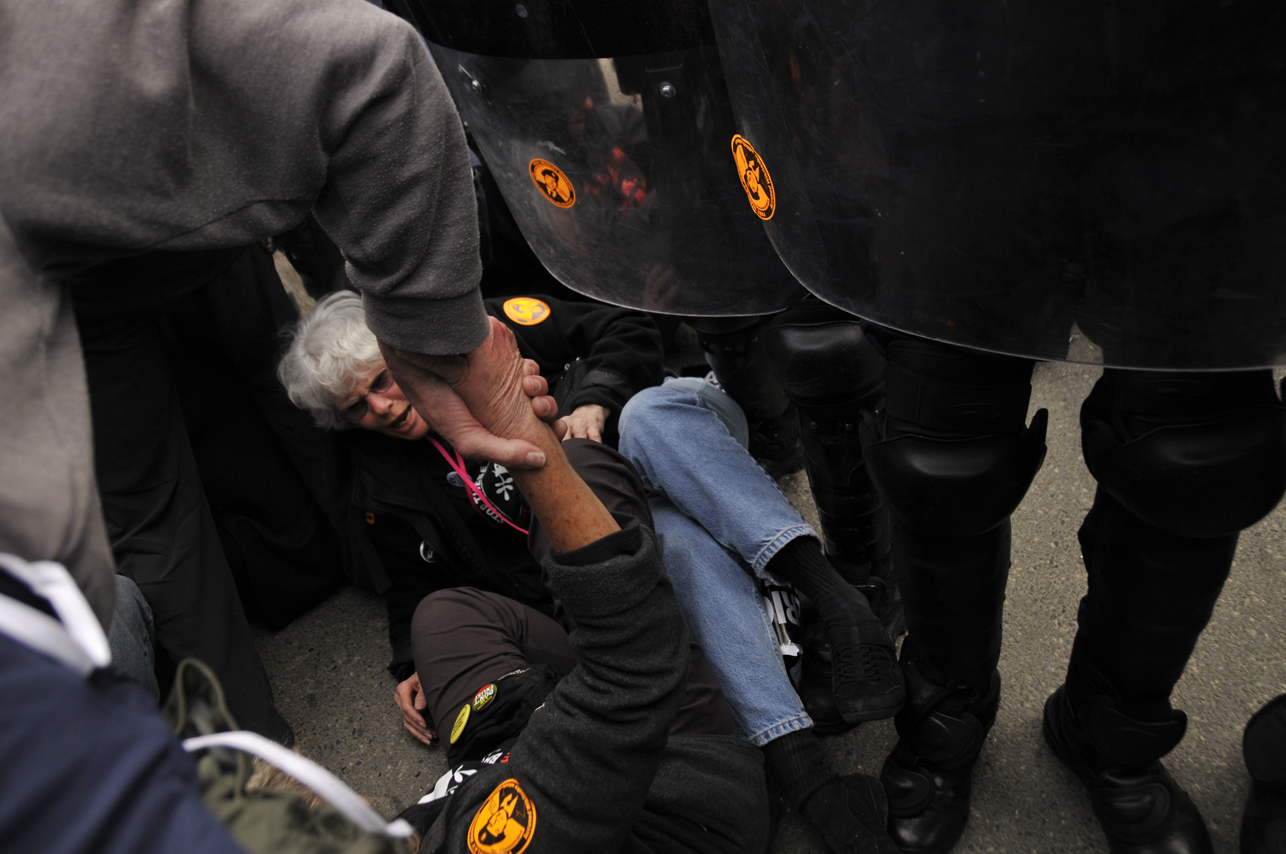 350 activists rallied and marched and some 30 were arrested at the U.S. Marine Base at Quantico in Virginia March 20 demanding freedom for PVC Bradley Manning, who is accused of leaking secret U.S. government documents to the WikiLeaks website. Manning has been held in solitary confinement for nine months; recently, even his underwear has been taken away at night because authorities claim he might hurt himself. He presents himself outside his cell for inspection each morning unclothed.

The demonstrators, including many U.S. military veterans, wanted to put flowers on a replica of the Iwo Jima memorial that sits outside the entrance to the base, but the base authorities closed access to the statue, which is normally open to the public. A deal had been negotiated to allow six of the demonstrators, accompanied by a videographer and a photographer, to lay flowers on the memorial, but they weren’t even allowed to go up to the statue, instead having to throw the flowers over a barrier about 10 feet away. The rest of the demonstrators were enclosed in a pen across the road from the site. After the flowers were left, three of the six–Dan Ellsberg, Elaine Brower, and Ret. Col. Ann Wright–sat in the middle of Route 1 and were soon joined by other demonstrators, who broke out of the barricades.

The Virginia State Police handled some of the protesters quite roughly, including pulling people to their feet by their heads and necks and pushing standing protesters on top of those sitting next to them.