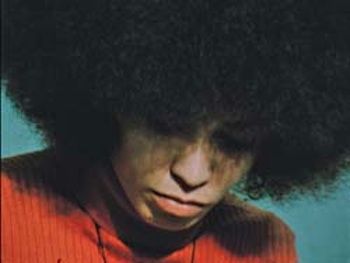 The Black Power Mixtape 1967-1975
A Documentary by Göran Hugo Olsson
A Story AB, Louverture Films, and Sveriges Television Co-Production
In Swedish with English titles and English
At New Directors/New Films March 26 and 28, opening nationwide in September

An extraordinary film in multiple dimensions, The Black Power Mixtape 1967-1975 adds a contemporary Swedish and American layer to 40-year-old Swedish archival portraits of a uniquely American phenomenon: the stunning rise and tragic fall of the Black Power movement.

In the mid-sixties, Europe watched, spellbound, as African Americans rose up by the hundreds of thousands to end the exploitation and inequality that had for a hundred years followed centuries of slavery. In Sweden, that interest took the form of travels to this country by televison journalists, resulting in hours of interview and documentary material that were broadcast in Sweden and then stored in vaults for 30 years. (The Swedish broadcasts, by the way, triggered bitter accusations of “anti-Americanism” in such U.S. media as TV Guide.)

Director Göran Hugo Olsson, Swedish Television, and others including co-producer U.S. actor Danny Glover, have combined to merge the old films with new interviews and music of then and now; the new film is a documentary unlike any other. At its heart are the archival materials: speeches by, and interviews with, Black Power activists, plus shorter clips of other significant Black and white figures in the Civil Rights and Black Power movements and anonymous Black and white members of the U.S. public. Grafted onto this are audio commentaries by contemporary Black activists, scholars, and performers, including some of the surviving Black Power activists from the archival pieces.

The film begins in 1967, with a speech by Stokely Carmichael (later Kwame Turé), just as or after he was leaving the chair of the Student Nonviolent Coordinating Committee (SNCC) and repudiating nonviolence as a tactic. After praising the nonviolent commitment of Dr. Martin Luther King, he declares, with a disarming smile, that King’s nonviolence can only work if the practitioner’s opponent has a conscience—and that white America has none. The speech is followed by a clip of Carmichael interviewing his own mother and firmly but tenderly drawing out of her the reluctant admission that their family was poor “because we were colored.”

Mixtape goes on to trace the rise of the Black Panther Party (BPP), with speeches by co-founders Huey Newton and Bobby Seale and Minister of Information Eldridge Cleaver; a voice over informs us that when the Panthers began serving free breakfasts to poor Black children across the country, FBI Director J. Edgar Hoover declared them the gravest threat to the nation’s internal security.

By 1969, Black Power was at a peak of influence; the Panther newspaper, for example, had a circulation of a quarter-million. There were, of course, many civil rights activists who continued to uphold the ideal of nonviolence; some, including this writer, nevertheless believed that Black Power militance moved the dialogue leftward, giving King and his followers new respectability. Others found an unproductive separatist strain in the emphasis on Black power and pride.

But to the extent that the movement and its militance resonated with many, many African-Americans, they also brought down on it the full power of the nation’s white power structure. Escalating repression by a gamut of U.S. law enforcement powers—including the “counter-intelligence” operations of the FBI’s COINTELPRO units, the 1969 murders by Chicago police of Black Panthers Fred Hampton and Mark Clark, the 1971 slaughter by the New York National Guard of prisoner-rebels at New York State’s Attica Correctional Facility—took a terrible toll on its leadership. The flood of heroin and then crack cocaine into Black communities across the country didn’t help. The movement lost momentum, a decline traced unflinchingly in the second half of Mixtape.

Just before the film depicts the downward slides of the BPP and the Black Power movement, there is a wrenching interview with scholar-activist Angela Davis. (Davis had in 1970 become the third woman ever to appear on the FBI’s Ten Most Wanted list when she was, briefly, a fugitive from a murder charge. She was acquitted in 1972, the year of the interview shown here.) In response to a question about whether she “condones violence,” Davis talks about the September Sunday in 1963 when a neighbor asked her (Davis’) mother for a lift to the 16th Street Baptist Church to pick up the neighbor’s daughter. What the two mothers found there was the bombed church that contained the bodies of four young girls, one of them the neighbor’s daughter. The question of whether a Black person condones violence, she says, can only mean that the questioner has “absolutely no idea what … Black people have experienced in this country since the first Black person was kidnaped from the shores of Africa.”

Throughout the film, contemporary audio commentaries and music by (among others) Davis, Seale, and activist-singer Harry Belafonte, historian Robin Kelley, filmmaker Melvin Van Peebles, poet Sonia Sanchez, and singer Erykah Badu, provide added depth and a sense of the Black Power legacy. Which is not to say Mixtape tells the whole story of those years. Missing, for example, are the opposing voices from within the civil rights movement; there’s little attention to the parallel Black Muslim movement; and it doesn’t include in that legacy the emergence of a national Black electorate, with its far-reaching consequences that certainly include the current U.S. President. Finally, it must be noted that there is a much stronger women’s presence in the 21st-century material (deliberately, one assumes) than in the archives. While Mixtape doesn’t include Carmichael/Turé’s notorious (allegedly tongue-in-cheek) quip that the position of women in SNCC was “prone,” neither does it acknowledge the conspicuous absence of women other than Davis in the Black Power leadership.

But the story it does tell is compelling and important. Mixtape is a must-see both for those who saw the events it depicts unfold 40 years ago and for those who have up until this moment only read about them in history books. It will lift your heart, then crack it in half, then leave you with a slender thread of hope. But that, after all, is pretty much all we who dream of revolution have ever had—and it is, after all, much more than no hope at all.