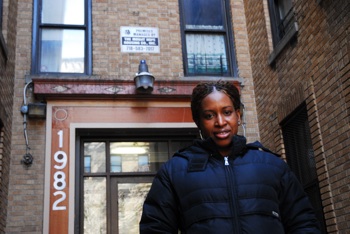 Leonora Laboy has received a credit on her rent in the Mount Hope section of the Bronx for the last two years through help from an unlikely source — the Venezuelan government.

Mount Hope Housing Company, Inc., the community development organization that manages the housing complex where Laboy lives, has participated in Citgo Oil’s heating oil subsidy program for the past six years, including 2010. This year, 290 of Mount Hope’s almost 400 residents benefited from the program, which grants recipients an annual rent credit.

“It definitely makes a difference,” said Laboy, a widow with five children.

Every year Citizens Energy, a Boston based company that uses revenues from commercial enterprises to channel millions of dollars into charitable programs in the U.S. and abroad, asks for aid from major oil producers — including Chevron, ExxonMobil and BP — to alleviate the burden of high heating costs for low income, elderly and Native American populations in the United States. Citgo, which is a subsidiary of the state-owned Petróleos de Venezuela, is the only company that agrees to help.

According to a Citgo official, the Heating Oil Program assisted 40,089 households in New York City in 2010, including 9,735 single-family homes and 30,354 apartments.

The subsidy works as a lump-sum annual credit based on a donation from Citgo that is applied as a rent credit. The amount is divided equally among the tenants and can be applied to a resident’s rent bill throughout the year. The credit varies depending on the year and oil donation from Citgo, says Mount Hope property manager Roslyn Gaspard.

Ivelisse Arroyo, who received a rent credit of $176 this year, has lived at Mount Hope for the past 10 years and has seen what a difference the subsidy can make. She says the heat and hot water are much more reliable than before and jokes that her son can no longer avoid taking baths, as he did as a small child, by claiming that there is no hot water.

Brian O’Connor, a vice president at Citizens Energy, says the company has reached over 500,000 people in 23 states with more than $350 million in aid over six years. According to Citgo, the program also benefits, “more than 250 tribal communities and 234 homeless shelters across 25 states and the District of Columbia.”

Recent proposals by President Obama to cut federal funding for the Low Income Home Energy Assistance Program in half will likely affect millions of low-income Americans in cold climates. O’Connor says these cuts will not directly affect resources for Citizens Energy but have created a large increase in demand for the program. These cuts could make the Citgo/Citizens Energy program all the more important and could possibly put indirect pressure on its efforts by increasing the pool of those without access to heating subsides, leaving some out in the cold. The Citgo program has also been in jeopardy in recent years because of the slumping profits of Petróleos de Venezuela due to a decrease in oil prices worldwide.

For now, Bronx residents hope to continue to benefit from the subsidy. Arroyo, who works as a receptionist at Mount Hope housing, says the program eases different aspects of daily life at the complex. Better heating and hot water result in fewer colds and the rebate that she describes as “surprising and awesome” makes paying bills and putting food on the table easier.

To apply for the heating fuel assistance program call 1-877-JOE-4-OIL.