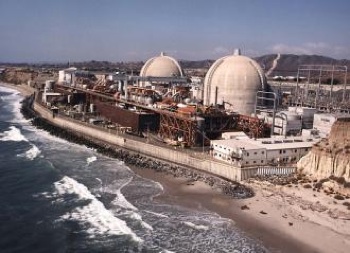 Harvey Wasserman is an expert on energy issues, the author of numerous books and articles (many of which can be read at his website) and a veteran of the anti-nuclear movement. He talked to Eric Ruder about the consequences of the nuclear catastrophe in Japan–and the answer to the claim that nuclear power is the cleanest way to produce energy.

Eric Ruder: Should people in the U.S. be concerned about a repeat of the kind of disaster that struck Japan? Aren’t there nuclear power plants in the U.S. that are built on the same design as the Fukushima-Daiichi plant?

Harvey Wasserman: There are 23 reactors in the U.S. that are very, very similar to Fukushima, including the one in Vermont–the Vermont Yankee nuclear plant, which state officials voted not to re-license because of radioactive tritium leaks and other problems. All of these reactors are vulnerable to the kind of situation taking place in Japan, whether there’s an earthquake nearby or not.

There are four reactors in California that are very close to earthquake faults–two at the Diablo Canyon power plant at San Luis Obispo, between San Francisco and Los Angeles, and two at the San Onofre nuclear generating plant between LA and San Diego.

These are particularly vulnerable to the same kind of disaster as Japan because both plants are within three miles of major earthquake faults and both are on the ocean. San Onofre is right on the ocean–literally right on the beach, and its defenses against a tsunami of the power of the one that struck Japan are inadequate. Diablo is a little removed up a hill, but not that far.

But I read an article posted at nukefree.org which says that the worst earthquake danger for any reactor right now is actually at the Indian Point nuclear plant in New York–which is located less than 40 miles away from New York City, the biggest metropolitan area in the country.

ER: What are the international effects of the disaster in Japan?

HW: People all over the world will die from what’s happening right now at Fukushima. This is similar to the fallout from the atomic bombs that were exploded in Japan during the Second World War. There are critical differences, but overall, it’s like the difference between brands of cars. These are still radioactive materials, they’re still lethal, and they go all over the world.

That’s what happens with nuclear weapons. When the former USSR and the U.S. government were testing weapons, that fallout went all over the world ,and that’s one of the reasons we had a giant movement that ended nuclear testing–a movement that ultimately succeeded.

ER: Until this disaster in Japan, the nuclear industry in Japan was enjoying a renaissance, with various proponents–some of them claiming to speak for environmentalism–saying that nuclear power was the cheapest and safest way to meet U.S. energy demands without contributing to global warming. How do you make sense of this claim?

HW: It makes no sense at all, and it never made sense. These corporations are pulling out all the stops to get at the public treasury. They got $36 billion inserted into the 2012 budget proposal from the Obama White House for federal loan guarantees to build new reactors. Obama still hasn’t changed his position since the Japan disaster–he’s talking about more and more nuclear plants.

These people are not in any way shape or form telling us the truth about nuclear power. But they get their claims that nuclear energy is “clean” heard because there’s a tremendous amount of money behind it. Corporations have a lot invested in nuclear power–they’re out of control because they have so much power and so much financial clout.

This really has nothing to do with our true energy needs. Our true energy needs can be 100 percent satisfied with renewables–wind, solar, tidal, geothermal. Solartopian energy is where we need to go. But there are entrenched corporate interests and investments in the way. That’s what’s preventing the transition to renewable energy.

These large corporations like GE, Westinghouse and the utility companies have so much money invested in nuclear power that they don’t want to admit under any circumstances that there might be a danger, or that renewables could take their place. In fact, as we can see now, this technology is supremely dangerous and can’t be made safe under any circumstances.

ER: Some people, even those who aren’t mouthpieces for the energy industry, believe it would be difficult to scale up wind and solar power and other renewables to the degree necessary to meet all our energy needs. Is that true?

HW: No. Wind, solar, tidal, geothermal, ocean thermal, biofuels–what you need is a mix of all of them. These forms of energy are cheaper, cleaner, safer, more reliable and quicker to install–in the time it would take to raise the capital and build a nuclear plant, you could transition our entire energy economy to renewable.

We get about 18 or 19 percent of our electricity in the U.S., and about 8 percent of our total energy, from nuclear power. It wouldn’t take long at all to replace, in fact I think you could probably shut down all the nuclear plants now, and the lights wouldn’t blink.

Increased efficiency is low-hanging fruit. We still waste 50 percent of the energy we use, and it’s far cheaper to save energy than to generate it. That’s the first thing we should do. We have inefficient machines and technology throughout the economy, but the corporations really don’t care because it’s cheaper for them to waste energy than to save it.

Transportation is a particular case in point. We need to transition to mass transit and revive the U.S. rail system. We need to put in better and more efficient lighting and heating systems, and build new buildings facing south rather than north to take advantage of passive solar. There’s a whole range of very simple and cheap to do that would get us off of this horrifically wasteful energy system and onto something that will actually serve us in the long term.

ER: One argument against trying to replace fossil fuels or nuclear power as energy sources is that this would lead to layoffs and problems in the economy. How do you answer that objection?

HW: Saving the environment is the best thing we could possible do for our economy and for our job situation. There are very few jobs relatively speaking in nuclear plants.

A sustainable, socially just economy has to be based on renewable energy. Fossil fuels and nuclear power belong to corporations, and they kill jobs and they kill people. Only what I call a solartopian economy based on renewables and increased efficiency would allow people to own their energy sources and create a decent job base for the future.

A solartopian economy is an economy based entirely on renewables and energy efficiency. With that will come good jobs that are safe, that are clean, that pay decently and that can be controlled by the community. The community can own windmills, solar panels, geothermal facilities, mass transit systems and all the other things that come with generating electricity and all forms of energy in harmony with Mother Earth.

People should go to my website Solartopia.org and also NukeFree.org where we’re posting a steady stream of information about the crisis in Japan, and about energy in general.