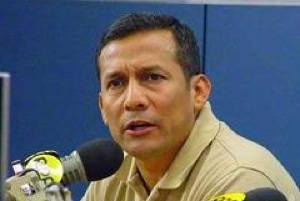 WikiLeaks-released State Department cables have shaken the world, shedding fresh light on the reality of US foreign policy and diplomacy. Many of them have been extremely accurate situation reports from a given country at a given time. More often than not they are considered the absolute truth written by all-knowing and completely unbiased officials. But this is not always the case.

Over the last couple of days, I have been receiving e-mails and telephone calls complaining about a paragraph in a recently posted WikiLeaks cable written in response to an Upside Down World article titled U.S. Meddling in Peruvian Presidential Race? I had published almost five years ago on March 14, 2006. (En Español: ¿Se Meten los Estados Unidos en el Concurso Presidencial Peruano?)

At the time my article was published, Peruvian presidential candidate Ollanta Humala was leading in the polls, and Washington was worried about his leftist and pro-coca production policy and had wanted him neutralized. In the article, I wrote about how Washington got its way.

The recently-released WikiLeaks cable titled HUMALA’S LIAISON TO BUSINESS SECTOR MEETS WITH THE AMBASSADOR was wired to Washington on March 30th, 2006 by then-U.S. Ambassador to Peru Curt Struble.  In it, Ambassador Struble described his meeting with Salomon Lerner, candidate Humala’s “business sector liaison.” In the cable about the meeting, Struble completely misrepresented and misquoted what I had reported in Upside Down World.

To anyone following Latin America recently, it should come as no surprise that the accuser, the Coordinadora is an “NGO” that has been funded by the U.S. government for years.

Although it is not mentioned in the Coordinadora’s “official history” written by the Washington, D.C. based nonprofit called the Washington Office on Latin America, it has been funded by both the Agency for International Development (USAID) and the smaller National Endowment for Democracy (NED) on and off for more than a decade.”  [Italics mine]

In his zeal to discredit the article, Ambassador Struble stated that I had claimed that the Washington Office on Latin America (WOLA) was receiving USAID and NED funding. This was not true. Struble’s cable reads:

“The source for these charges appears to be blogger Jeremy Bigwood, who claims that the National Endowment for Democracy, AID, and AID’s Office of Transition Initiatives finances and controls both the Washington Office on Latin America (WOLA) and IDL, who have pushed the human rights abuse charges.”

Not only is the Ambassador’s allegation a complete distortion of the truth but this episode also demonstrates the danger of using WikiLeaks as a source without verifying the facts with the original documents. While WikiLeaks’ massive releases of records have certainly been a boon to global transparency and our knowledge of how international relations work, it does not follow that if a cable is released in WikiLeaks, the content is automatically true. As with any other information, WikiLeaks cables need to be sourced, verified and weighed before being trusted.

And by the way, after Humala lost the Peruvian presidential elections, the charges against him were eventually dropped, but that’s another story.

Jeremy Bigwood is an investigative journalist/photojournalist who does much of his research through the Freedom of Information Act and the U.S. National Archives. He has written for the American Journalism Review, the Village Voice and many other publications. As a photojournalist covering the Central America civil wars from 1984-1994, his images were published worldwide.

This article was originally published on Upside Down World.