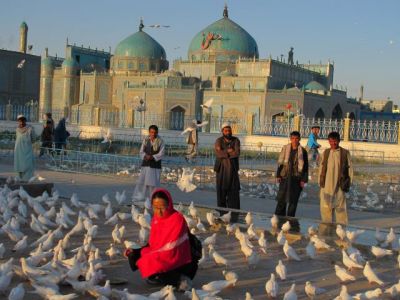 MON APRIL 25
7pm • Free
READING: THE LITERARY ATLAS OF CAIRO
Come hear Samia Mehrez read from her ground-breaking work on Egyptian culture and politics at the start of the 21st century.  A conversation with Columbia University professor Joseph Massad and book signing will follow the reading.
Alwan for the Arts, 16 Beaver St
646-732-3261  • alwanforthearts.org

TUES APRIL 26
5:45pm • FREE
MEETING: CONFRONTATIONAL PROTESTS TO STRENGTHEN OUR RENT LAWS
The Metropolitan Council on Housing will host a planning meeting to discuss possible direct-action protests to fight for stronger rent regulation laws.  Whether a supporter or participant, all are invited to come learn more about the community fight for housing justice.
339 Lafayette St
212-979-6238 x200 • active@metcouncil.net

7:30-10pm • Free
SCREENING: CULTURES OF RESISTANCE
Join director Iara Lee for the NYC premiere of her documentary Cultures of Resistance.  The film is a travelogue of creative acts of resistance happening around the world.  Details of an after-party will be released at the screening.
Columbia University International Affairs Building, 420 W 118th St
culturesofresistance.org

9-11pm • $10
SHOW: HIP-HOP FIGHTS HOMELESSNESS
Get down with the most revolutionary emcees in New York to launch the new series Hip-Hop fights Homelessness organized by Picture the Homeless and the Grassroots Artists Movement.
Recoup Lounge, 210 Rivington St
646-314-6423 • picturethehomeless.org

SUN MAY 1
12pm • Free
RALLY: INTERNATIONAL WORKERS DAY
Music, speakers, march and rally. Stand in solidarity with labor and community members from across the city to commemorate International Workers days and demand economic and political justice for all. Raly will be followed by a march to Foley Square.
Union Square
14th Street and Broadway
212-633-6646