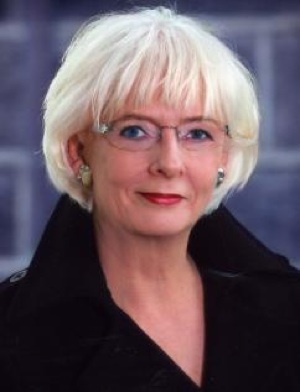 For the second time in two years, the people of Iceland have voted in a referendum against the repayment of Icelandic banks’ supposed debt to Britain and the Netherlands.

In response, the British and Dutch governments are preparing to sue the Republic of Iceland for the sum of 4 billion euros in an effort to win back money lost by their own citizens in failed Icelandic banks during the financial crash of 2008. But having failed in the court of public opinion, Britain and the Netherlands now intend to move into a regular courtroom, where judgments and the will of the people share a less cozy relationship.

Iceland’s Social Democratic prime minister, Jóhanna Sigurdardóttir, has lamented the popular rejection of the government repayments, calling it the “worst option.” She predicts a stormy future for the nation’s economy.

Yet the debt itself is not rightly the people’s debt to repay. It’s the direct result of reckless practices by Icelandic banks, which offered tax breaks and other incentives to pull in huge investments from all over the world, but especially from Western Europe. But the Icelandic people know that all too well–which is why they’ve twice voted against covering the banks’ debts.

In October 2008, at the height of the world financial crisis, Iceland was a country which was both the fifth-richest nation in the world as well as a country whose banks held a debt 10 times greater than the national GDP. A Financial Times article once called Iceland a “reasonably large banking system with a small country attached.”

Iceland’s growth engine could be called the profit-for-nothing sector. After a bout of deregulation in 2001, the country became a financial powerhouse. As with any capitalist venture, banking institutions need to grow or be sidelined by competitors. Without a large domestic market, Icelandic banks found it easiest to finance their own growth by acquiring foreign loans and deposits.

Nearly 100 years ago, Vladimir Lenin wrote Imperialism: The Highest Stage of Capitalism. This popular outline of a Marxist analysis of the growing role of finance capital contains passages that may as well have been written this year: “The development of capitalism has arrived at a stage when, although commodity production still ‘reigns’ and continues to be regarded as the basis of economic life, it has in reality been undermined and the bulk of the profits go to the ‘geniuses’ of financial manipulation.”

The entire global economic crisis over the last three years can only make sense in light of this observation, and Iceland serves as a perfect case study.

When the Icelandic banking system went into crisis, both inflation and unemployment began to soar. Companies and individuals went bankrupt en masse, savings were depleted and mortgages became impossible to pay as the contradictions of capitalism were laid bare.

After just seven years of an unregulated financial market, the government rapidly joined the global Keynesian revival and promptly nationalized its failing banks. In a bid to protect the United Kingdom, Labour Party Prime Minister Gordon Brown invoked a provision in some anti-terrorism legislation and froze the assets of Icelandic banks in Britain.

Nearly half a million British and Dutch citizens–more than the total population of Iceland–lost their savings in the crash. In order to protect their own domestic markets, the British and Dutch governments covered the losses incurred by their citizens with holdings in Icelandic banks.

During this time, the government of Iceland accepted a financial aid package from the International Monetary Fund (IMF) worth $10 billion in an attempt to revive the economy. In order to procure that loan, Iceland had to agree to repay–with interest–the money that British and Dutch governments had spent to cover their own citizen’s losses.

According to this logic, the people of Iceland were to blame for the failures of their ruling class, and had to foot the bill.

Thus, the 2008 banking crisis quickly produced an ideological crisis, and the masses of Iceland, not normally known for their contempt for law and order, took to the streets. The “Saucepan Revolution”–so named for the banging of cookware by protesters–began with weekly protests against the government and the banks. In a nation with a population of just over 311,000, the largest demonstrations were 7,000 to 10,000 strong, or about one in every 35 people in the country.

Discontent was focused on the conservative Independence Party, which had been in power for the previous 13 years and could largely be blamed for laying the foundations for the crisis. Protestors held banners that read: “Incompetent Government” and “Stop the Corruption: Resign!”

Protests escalated as demonstrators armed with stones and eggs faced off against riot police armed with tear gas. Truck drivers blocked roads to protest the rising costs of fuel. When Iceland’s parliament, the Althing, reconvened after the holidays, a crowd of thousands blocked ministers from going into session.

By January 2009, the movement had succeeded in forcing the government out of office. The powers that had been in power were a parliamentary coalition of the Independence Party and the Social Democratic Alliance. Having been deprived of their conservative partners, the Social Democrats–ever the political chameleons–looked the other direction to the increasingly popular Left-Green Movement to form a new coalition.

The newly established ruling coalition certainly set out to ride the wave of popular discontent. In spite of the willingness of the Social Democrats to work in coalition with the Independence Party on more than one occasion in the past, their turn towards the Left-Greens was received with enthusiasm.

Progressive Icelanders no doubt walked with a bit more swagger when Prime Minister Sigurdardóttir, a former union organizer and an open lesbian, inaugurated her administration by stating: “Now we need a strong government that works with the people.” They have since had cause for concern.

The center-left coalition was cemented in the April 2009 elections and has been in power for the last two years. While they have pledged to not gut the remains of the welfare state, anyone who has ever paid attention to the IMF knows that “aid packages” like the one accepted by the last government always come with more strings attached than a marionette. If the IMF has its way, social spending will be cut to one degree or another.

Last October saw the commemoration of the Saucepan Revolution with large protests as prices and foreclosures rise, disposable income becomes scarce, and the wealthy continue living as though it were still 2007. There have even been reports of large-scale debt cancellations for those lucky enough to have the money to spend “stimulating the economy,” and not one banker has been called to court to give an explanation.

To top it all off, three new banks have been created to take over the business of the three failed banks. Two of them have foreign majority ownership, with only the third in the hands of the state.

The Social Democratic Alliance and Left-Green Movement have locked horns over more than one issue, such as whether or not to prosecute the former prime minister for negligence in the face of an impending crisis–with the Social Democrats against. In some cases, their agreements have caused some on the left to worry about the coalition’s progressive credentials.

A Left-Green member of parliament (MP) recently joined the opposition in a vote of no confidence in the government, which the ruling coalition won by only 32-30 votes. For the Independence Party, the “no confidence” vote was a cynical attempt to regain power. But for dissident leftists, the big question is whether or not the Saucepan Revolution is being faithfully represented in the halls of power.

Anyone who had wondered in the past how the “Euro-skeptic” Left-Greens and the “Euro-enthusiast” Social Democrats would get along now knows the answer. Iceland is continuing to negotiate for entry into the European Union.

However, the parties are split over Iceland’s commitment to NATO. Such differences have certainly created headaches for the coalition, which the prime minister recently compared to herding cats. To confound things further, two Left-Green MP’s have left the coalition, while as many as four MP’s have voted against the coalition in attempts to stay faithful to the party’s grassroots. As recently as March, Sigurdardóttir stated her party would not rule out other coalition partners.

The government is also divided on whether to seek the money “owed” to the British and Dutch governments. Iceland’s President Ólafur Ragnar Grímsson, an independent leftist and veteran of the now defunct People’s Alliance party, refused to countersign the government’s plan to cover the payments, forcing the issue into the two referendum votes.

It makes perfect sense that a population which overthrew a government for its relationship with the banksters would continually reject any plan to force them to assume the role of a mass insurance agency for private banks. Such important matters as global finance are never intentionally left to the democratic process for the same reason a burglar does not first seek the consent of a homeowner before breaking a window and making off with the silver. And the legal action against Iceland by Britain and the Netherlands is like lawsuit filed by a burglar who cut himself on the glass during a break-in.

The Left-Green finance minister, Steingrímur Sigfússon, suggested that the Icelandic people simply “are not prepared to accept payments or shoulder the burden unless there is a clear legal obligation to do so.” That may come. Despite President Grimsson’s refusal to countersign the government’s decision to repay the money, he has stated that if the European court rules against Iceland, Iceland will be obliged to pay.

So after standing up to their own domestic ruling class hell bent on living large at their expense, the majority of Icelanders may soon find themselves in an even more complex struggle, squaring off against two foreign governments struggling to force their own populations to pay for their own bankers’ misdeeds.

This time around, saucepans will have to bang across Europe.