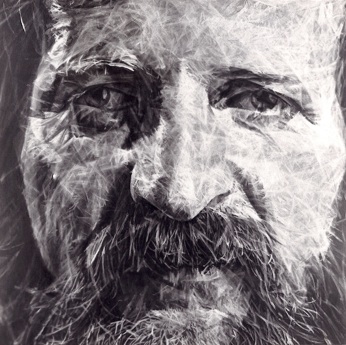 Editor’s Note: Leonard Weinglass, one of the great radical lawyers of an era that included William Kuntsler and Author Kinoy, died on March 23, 2011, at the age of 77 from pancreatic cancer.

Like most criminal defense lawyers, Len sometimes said his job was defending the indefensible. He was not trying to put moral distance between himself and his clients. Never. He was just too modest to say that he was committed to achieving the impossible. He rarely failed.

He did not often create great precedent; he liked to win his cases, and the prosecution can’t appeal acquittals. But when his work — together with other National Lawyers Guild (NLG) greats like Arthur Kinoy — did create precedent, it was big. For example, in the 1972 case of United States v. United States District Court, the Supreme Court determined that the government has no inherent power to conduct warrantless wiretaps of domestic dissidents.

Many of our great freedom fighters and bravest critics of injustice owe their freedom — some, their lives — to him. At the time of his death, Len was working on a habeas petition for one of the five Cubans convicted for defending their country from Miami-based terrorists. Len toured and spoke tirelessly about the travesty that passed for a trial in Miami. As a political lawyer he understood that politics was both the reason for their conviction and what will ultimately force open the prison doors.

Len was not a one-note man, but a one-man band. He knew the anthem of every struggle, but had little time for ideological purity. He learned from the greats, defending Angela Davis; Skyhorse and Mowhawk of the American Indian Movement; Mumia Abu Jamal; Guild lawyer and activist Kiko Martínez; Tom Hayden and the Chicago Eight; the Atmore Holman Brothers; Anthony Russo, who, together with Daniel Ellsberg, leaked the Pentagon Papers, and WikiLeaker Julian Assange.

He devoted not months, but years to a case: 23 to secure the release of Kathy Boudin, 15 for that of Puerto Rican independentista Juan Segarra. But he also represented abused tenants, striking workers and, long before it was fashionable — or considered feasible —  the brutally repressed residents of Newark. He reveled in the zaniness of his friend Abbie Hoffman; his friendship with Tom Hayden spanned almost half a century.

A former co-chair of the NLG’s International Committee, Len’s passports are an itinerary of liberation struggles, from Cuba to Vietnam, the West Bank, Nicaragua, El Salvador, the Philippines, Russia and elsewhere. He helped to win a two-decade struggle against the deportation of activists accused of raising funds for the Popular Front for the Liberation of Palestine and documented human rights abuses around the globe.

While in constant motion, he cleared land — not too much — built a log house, planted trees and pondered the enigma of gardening in Hardiness Zone 5 with the same zeal with which he would begin a cross examination: “Now, Agent, isn’t it a fact that after you recorded my client and his wife in the shower, you put the tape in your car and rode around listening to it for days?”

It was impossible to say “No” to Len.

There will be a public memorial for Leonard Weinglass on Friday, May 13, at 7 pm at the New York Society for Ethical Culture, 2 West 64th St.