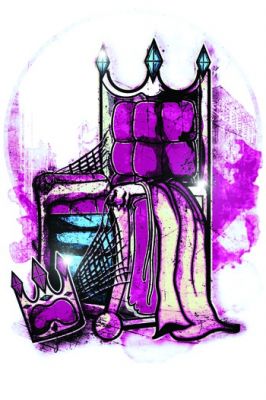 Our ancestors once cowered before royalty they believed were divinity made corporeal. These days, the notion of the monarchy is so outdated that supporters are reduced to citing tourist revenue in defense of a barbaric relic.

Other rationales — the divine right of kings, a repository of tradition, moral paragons, manifestation of the state, a (barely) living national symbol — have long been eroded by the tides of the history. So the last excuse for hereditary rule is that of the bean counters’ ledger: the cost-benefit analysis.

Kate and William’s royal nuptials will reportedly generate more than $1 billion in economic activity, supposedly a boon for commoners who each proffer but a few pence for the $60 million annual subsidy to the fusty Queen and her adulterous horse-faced brood. (Never mind that this sum excludes the costs of security, policing and vast estates and manors off-limits to the Exchequer; though at least a few years ago the royals were foiled in their attempt to pay for heating their drafty castles by tapping public monies meant for indigents.)

Perhaps it would be tacky to mention that the wedding pageant will not have “any sort of lasting effect” on the economy. The public, however, doesn’t seem to be listening. Brits “graced by The Presence [come] away like medieval peasants brushed by the royal fingers to cure the scrofula,” sayeth the Financial Times. The real boon then may be to distract the serfs from higher taxes, galloping inflation, fewer jobs and public services under the axe.

Tackier still is commemorative merchandise that makes up much of the prized economic activity. There are ashtrays – stub your cig in the face of the newlyweds; toilet seat covers – Kate and William can now grace your throne; or “regal prophylactics” – wrap your willie in a William condom for coitus with your fantasy Kate.

Raining on the parade, anti-monarchists say direct subsidies are $180 million, or triple the amount usually cited. And the royals are downright plebian as a tourist attraction; the crowning glory, Windsor Castle, ranks as only the 17th most-visited tourist site in England, easily surpassed by the nearby Legoland.

Of course why would anyone want to fork over $26 to gawk at Queen Liz’s chambers and screech, “Ewww, loovly”? Many more prefer to traipse through the Tower of London, once a royal residence, but far more notorious as an executioner’s ball and medieval Guantánamo crammed with racks, scold’s bridles and head crushers.

If the only justification left is tourism, then it’s time to imagine more lucrative schemes. Eliminating the royals would first free up all those tax dollars spent on such vital activities as Charles and Camilla’s 12-day yacht tour of the Caribbean in 2008 (a $430,000 bargain) or the heir apparent jetting across the pond in 2007 with a 20-member entourage to pick up an environmental award from Al Gore (a mere $228,000 tab).

If Clinton-era donors were willing to pony up $100,000 for a White House sleepover, think of how many über-rich would spend a million or two for a bacchanalia in Buckingham Palace. Or how much revenue, taxes and jobs the royal landholdings would generate as exclusive hotels and chic party rentals. Indian steel tycoon Laxmi Mittal, for example, reportedly dropped more than $50 million in 2004 for his daughter’s wedding, which included an engagement ceremony at Louis XIV’s old crib of Versailles Palace.

But what to do with the royals, whose pomp, ceremony and charity are meant to hide the fact that they are the very embodiment of the idle rich. Prince Charles — the man who would be king who would be Camilla’s tampon — is utterly useless as he long ago fulfilled his destiny of siring “an heir and a spare.” Charles now fills his days peddling quackery such as his branded “Duchy Herbals Detox Tincture,” ranting that Galileo is to blame for consumerism and hatching dimwitted real-estate schemes, including putting his charity foundation in peril for a $40-million loan to purchase an estate, which has since lost 80 percent of its value.

There is always regicide. A bit extreme, but it would only be taking the lead from London protesters who chanted “Off with their heads” while attacking a Rolls Royce-bound Charles and Camilla last December. Plus, with media saturation, what better way to capture viewers’ attention than televising a 16th-century-style beheading of the royal family.

Regicide has a storied past. During revolutions, most monarchs manage to escape popular wrath for murder, plunder, torture and other crimes of absolutism. But in the revolutions that define modernity — the French and Russian — the royalty met a well-deserved fate. The depredations they visited upon their countries are precisely why Louis XVI was guillotined and the Romanovs shot. Other less-known nobility — King Faisal II of Iraq, George I of Greece and Umberto I of Italy — were cut down by bullets for their crimes.

But, whingers may object, the Windsors while parasites are a mostly harmless lot. It may seem that way with all the garden parties and polo matches, but as head of a British Empire (rebranded as the Commonwealth of Nations) soaked in the blood of its forced subjects, the royals have never paid for their crimes. (For a terrifying account of the tens of millions killed by imperial British policy in Asia in the late 19th century, see Late Victorian Holocausts by Mike Davis.)

What better way to help the English to topple a government rooted in medieval despotism, overcome their class deference and end a culture of hereditary idiocy than chopping off a few royal heads?

Plus, imagine putting the Queen’s head in a jar on public display. It would be the ultimate tourist attraction.