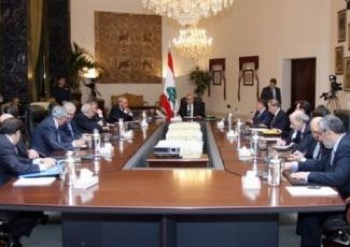 It has been 21 years since the end of the Lebanese civil war. 21 years since the last spasms of violence reverberated through the country’s cities, towns and villages. More than two decades ago, a country torn apart, in ruins and in rubble, suddenly found itself at “peace.” Almost immediately, the reconstruction began. In these years, landmarks such as Nasser, Modca, Horshoe, and the Carlton were torn down and replaced with uniforms of the new global order; cheap clothing made in china, chain restaurants selling American fast food, and coffee houses selling the internet, caffeine, and a cosmopolitan varnish. Quickly after the war billboards began to cover gunfire riddled buildings, old buildings and houses were torn down in a frenzy, and the cracked roads of Beirut were pressed back into harmony. For those of us who had lived during the war, the effect was somewhat disorienting; children had to learn to sleep through quiet nights, “development” was day by day covering our memories with fresh coats of paint, and time began to allow for the planning of the more mundane aspects of life. Garbage was picked up. Electricity became more available. Dial tones returned. Snaking lines for water disappeared. Longer snaking lines for gas soon followed suit.

In 1989, most of the leading warlords of the Lebanese civil war (Samir Geagea and Michel Aoun were notable exceptions) consented to the negotiation of a “truce” in an aptly named Saudi Arabian city, Ta’if. These men, who had mobilized, armed, directed, and inspired Lebanese citizens to kill other Lebanese citizens, were wearing wearing chic business suits, posing for pictures, and granting interviews in the days after the Ta’if Accord was announced. They had robbed the country and its people of its wealth, its security, and of the over 150,000 people who were killed during 15 years of fighting. Quickly, once the accord went into effect and violence finally ebbed one year later, these militiamen and defacto power brokers moved to ensure another legal “reform”; they gave themselves amnesty for the war crimes that they and their allies had committed. Trading in their war chips during the elections of 1992, these men won the biggest prize of all; the Lebanese state. As the leading politicians in a state that was at “peace”, they could continue to rob the country of its wealth and its security, only now they had the legitimacy to do so without their guns. Those who had profited from the war now profited most from the “peace”. Lands were all but stolen from their owners in the name of a politician’s dream of “development”, the telecom sector became another politician’s fiefdom, and all over the country (and especially in the South), “reconstruction” became a synonym for “corruption.” 21 years later, these same political leaders, plus a number of political and economic elites who were not directly involved in the war, still comprise the ruling class in Lebanon. This elite, without exception, increasingly continues to rule as if they are not responsible for the entirety of the Lebanese population, just for “their” people and “their” areas.

Today, Lebanon has no government. After constitutionally toppling the March 14 led government of Prime Minister Saad al Hariri, the March 8 camp, led by Hassan Nasrallah, has proven itself to be almost incapable of forming an alternative one, led by Prime Minister [designate] Najib Mikati. With this failure, they have shown themselves to be just as incapable of running the country. Political rhetoric continues to escalate, with each side accusing the other of being against the Ta’if Accord and hence, against peace. In reality, no powerful political party is interested in fully implementing the Ta’if Accord, which calls for desectarianizing the state and its institutions, overhauling the electoral system, strengthening civil institutions and the judiciary, disarming all militias, and calls for the government to be more accountable to the Lebanese citizenry. It seems illogical to expect leaders who benefit from sectarianism, corruption, lack of accountability, and segregationist electoral laws to change the system that keeps them in power seemingly for life. And so the farce continues. People are tired. They are disillusioned. They are apathetic. The summer is coming, and with it oppressive heat, water and electricity shortages, and even more oppressive fears of violent unrest. The state has all but ceased to function. Corruption saturates the bureaucracy to the extent that prisoners are not allowed out of prison after they have completed their sentence unless they pay the requisite “fee” to get their release papers filed.

While luxury items have always been expensive in Lebanon, today even staple vegetables such as tomatoes and potatoes are not spared the upwards spiral of prices. They say that in Lebanon, the price of cell phone usage, internet, real estate, and electricity are among the most expensive in the world, if analyzed according to how much money people actually live on. 1/3 of the country is “poor” and in 2010, Beirut was ranked the tenth most expensive city in the world. The Lebanese capital was deemed the most expensive city in the Arab world and was also deemed more expensive to rent an apartment in than Paris, Amsterdam, Shanghai or San Francisco. The cost of living continues to skyrocket, as the gap between the vast majority of Lebanese and the members of the State-Business elite is stretched to a breaking point. It is time for residents of Lebanon to realize that we have been the victims of a war waged by men as comfortable training, arming, and directing militias as they are sitting around a “national dialogue” table joking amongst themselves. Since 1975, these war and peace profiteers (and in some cases, their heirs) have been playing with our lives, our livelihood, and our loved ones. When international statisticians analyze the cost of living in Lebanon, they should factor in the price of living in a country run by the same men who have profited, again and again, from its destruction and rehabilitation. It has been 21 years since the civil war ended. But the war against Lebanese civilians continues.