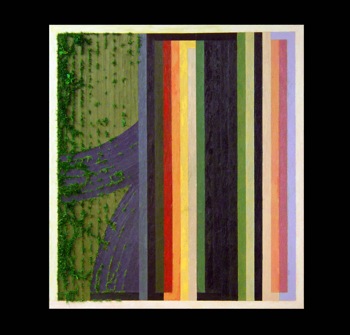 “The Great Upheaval: Modern Art from the Guggenheim Collection, 1910–1918”
The Guggenheim
1071 Fifth Ave.
Through June 1

Some would say that history is always perilous — but  we can tell that the 20th century was one of the most tumultuous times the human race has ever endured for one reason: art. If we accept that the arts are, to paraphrase literary scholar Ernestine Schlant, a “seismograph of a people’s unconscious,” then the last century has been a raging, tempestuous clatter (of the unconscious, anyway).

The power of art as historical record is the undergirding theme of “The Great Upheaval,” an exhibit currently on view at the Guggenheim (a 20th-century cultural landmark). The show, drawn from the museum’s vast holdings of early 20th-century modernism, tracks the avant-garde in painting and sculpture from 1910 to 1918, a period of conflict, innovation and revolution throughout the world. The work on view doesn’t address these issues directly — that doesn’t seem to be what fine artists did back then — but there is certainly some kind of momentum at work: half-seen forces propelling the art, and the world, forward.

Robert Delaunay’s cubist-ish paintings of the Eiffel Tower  from 1910 to 1912 show the modern monument in simultaneous construction and collapse. František Kupka’s Planes by Colors, Large Nude (1909–10) shows a reclining female figure painted in bright, sickly swaths of pure color; the work imbues painterly abstraction with the raw look of X-ray photography, a relatively new discovery at the time. Luigi Russolo’s Solidity of Fog (1912) shows dark figures disarrayed by a floating beacon of white light. The painting looks like a horror show of life during wartime, but it was probably meant to convey something more joyful: an exploration of that exciting new technology, the electric streetlight.

Abstract painting is no longer the be-all end-all it once was, but its appeal to emerging artists has never ceased. Currently, the approach is going through a phase of renewed interest in the art world and, yes, hipness. Exit Art’s exhibit “Geometric Days” seeks to explore the complex social dimensions of geometric form. Most of the art here was created in the last few years — about 100 years after some of the best work in “The Great Upheaval.” Whereas the early modernists stuck with established methods of unified, top-down composition, these newer artists engage in a sort of creative myopia: many of these paintings feel like blown-up details, depicting mere fragments of a large and unfathomable whole (microscopy seems to have been a guiding theme of “Geometric Days,” but I’d say that a similar sensibility can be found in a lot of recent abstract art).

The pressed, jostled forms of Nathlie Provosty’s Telluric and Magnetic III (2011) suggests old-fasioned melancholia while still hinting at a bigger picture outside the frame. In paintings like Structures of Possibility (2011), Dannielle Tegeder’s sudden, edge-y shapes are split across multiple canvases, creating a permanent and deliberate imbalance. The exhibit as a whole is also imbued with a feeling of resignation. Charles Koegel’s Who Knows (2010) gives us actual-size sprawl and real-looking dilapidation: it’s a simple striped painting with grass on it. Rico Gatson’s Mystery Object #3 (2011) looks like an obsolete industrial heater.

Foregoing the boldness of 20th-century modernism, the work in “Geometric Days” feels unsure by design, an apt expression of our non-heroic modern moment. Perhaps it’s just cold comfort, but the history of our mounting uncertainty will do well to be written by artists.