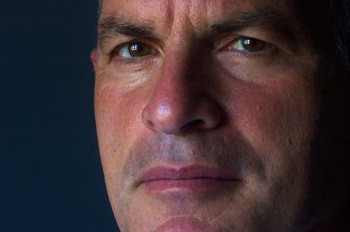 Editor’s note: The report by the U.N. Human Rights Council fact-finding mission on the Gaza conflict of 2008-2009, known as the “Goldstone Report,” was groundbreaking for potentially holding Israel to account for war crimes committed during its assault on Gaza, which resulted in at least 900 civilian deaths and 5,000 wounded. In April the Washington Post published an op-ed by Richard Goldstone in which he questioned the findings of the report.

Philip Weiss, an editor of the Mondoweiss blog, interviewed Norman Finkelstein, a noted scholar and dogged critic of Israel, about the controversy. Following are excerpts from that interview.

Philip Weiss: You write in your paper that [Goldstone’s reconsideration] might pave the way to further attacks.
Norman Finkelstein: It depends. First of all, there’s been the tit for tat going on for a long time, so he is not personally culpable for the current tit for tat. If, however, this climaxes in a second massacre on the scale of Operation Cast Lead 1, then of course he’s responsible; he would have given Israel the impunity it needed; otherwise it could not have launched a second attack on Gaza.

PW: I often quote the title of your book, This Time We Went Too Far, and I infer from that, not so much they learned their lesson, but there’s less impunity. They understand that this operation, whatever it did or didn’t do, really hurt their image around the world.
NF: … The problem I have with your argument is that it’s premised on the notion that Israelis think that they have another option except the resort to massive force. But that’s just not how Israelis think. The Israeli mentality is the Arabs only understand the language of force, and if they get out of hand, you have to go in with the big stick or big club and break some skulls. For Israel the big problem with Goldstone is that it was preventing them from launching future wars. …

PW: Larry Derfner and Bernard Avishai have suggested that Israelis have misgivings about all that destruction they perpetrated, to no end.
NF: I don’t think that’s entirely true. They did achieve something. Just as they achieved something in Lebanon in 2006. It was quite clear that henceforth Hezbollah was very careful not to provoke an Israeli attack, after July/August 2006, because Hezbollah knew that an Israeli attack would alienate the whole population against Hezbollah. So during the Gaza assault, Hezbollah was very quiet … and the reason was obvious, because they knew the Lebanese would turn their wrath on Hezbollah if it seemed as if they had provoked a war in defense of not Lebanese but Gazans. … In the case of Gaza, it had its successes. It turned a lot of the population against Hamas, which is why Hamas had to suddenly inflate the figures for the number of its people killed, because the people were saying, it was Hamas’s reckless decisions that caused the attack. I don’t agree but that’s not the point … Hamas wants to claim a victory where there was no battlefield defeat of Israel and where there was just death and destruction. …

PW: You’re saying that these operations were effective.
NF: There is nothing that doesn’t have an underside. Everything is on balance. On balance Israel got some things out of it. It also suffered some deficits. …

PW: But it’s equivocal.
NF: There was equivocation because in this case, they were going to have to pay a price, because of the Goldstone Report, which they’d never had to pay. … They have already paid several prices — the loss of immunity to Israeli diplomats and soldiers who traveled abroad, the threats of universal jurisdiction being used against them, and some alienation, not qualitative yet but quantitative, in the diaspora Jewish communities, they paid a price. But on balance … more than 90 percent of Israelis afterwards continued to support the Israeli assault. So Israeli society was not exactly appalled or even against what the Israeli government did because they don’t pay any price.
… [T]hreats of legal culpability [create a] very real difficulty for Israel to launch future wars, and that for Israel is a disaster. … That’s exactly why they’re fearful of the revolts in the Arab world. They don’t think that Egypt is going to attack, whether the Muslim Brotherhood or anyone else comes to power. What they’re afraid of is that an Egypt led by a figure like ElBaradei, a comparable figure to Erdogan in Turkey, just won’t let Israel carry on in their reckless and ruthless fashion. Just like [Prime Minister Recep] Erdogan said when Israel was saber-rattling against Lebanon a half year ago, Erdogan visited Beirut and said, “Israel, cut it out.” Now you know ElBaradei gave an interview … in which he said the same thing. If Israel attacks Gaza we’re not going to stand idly by, and that’s what Israel’s afraid of. It’s afraid that between Iran, Turkey and Egypt, the three main regional powers, each of them saying that they’re not going to stand idly by, that Israel’s going to lose its war option, and that’s what it feared with the repercussions of the Goldstone report. …

PW: The retraction shows that you need to count on the movement people, not the mainstreamers.
NF: Goldstone freed up a lot of Jews to criticize Israel, that’s clear, and now that he’s recanted, no one’s really going to trust future Goldstones.
Look, there were three strategies … that have been tested to deal with Israel’s occupation. One is nonviolent civil disobedience whether in Bil’in or flotillas. A second strand has been the BDS. And a third strand has been holding Israel legally culpable. And the third strand was the Goldstone strategy, so to speak, holding Israel legally culpable. What was so disastrous about what Goldstone did is now it’s going to be very tough to go in front of Palestinian or even activist audiences and talk about the legal weapon. Because they’re all going to say “oh really — Goldstone!” He’s delegitimized — you talk about delegitimizing Israel — he has delegitimized before the activist community the legal weapon for holding Israel accountable. …
When Israel launches its next murderous war and you accuse it of having committed war crimes, what do you think they’re going to say? Goldstone. It’s just the reverse now; it’s become their weapon. That’s the most painful blow of all: Goldstone has now become their weapon.

For the full interview, see mondoweiss.net.