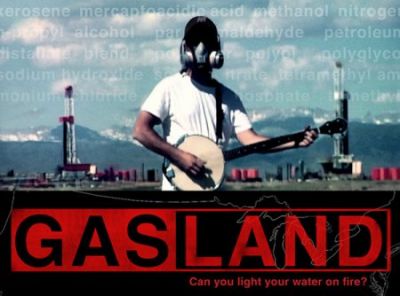 SUN MAY 29
1:15 pm • Free
FILM: GASLAND
Come see the film that has everyone talking about fracking.  Gasland is a documentary following filmmaker Josh Fix on a trip across America to find out what fracking is, what it does to underground water supplies and how it affects communities.  The screening will be followed by a discussion led by David Braun of United For Action.
Community Church NY, 28 E 35th St
212-683-4988 • russellbranca@yahoo.com

4-12pm • Free
PARTY: ANARCHIST DEFENSE FUND BBQ
The Anarchist Black Cross Federation invites those looking for an alternative to the patriotic memorial day celebrations to join them for cheap drinks, cheap food and anarchist fun.  All proceeds will go towards funds for anarchist prisoners and other political prisoners in the U.S.
60 Vernon Ave
nycabc.wordpress.com

TUES MAY 31
6:30pm • Free
ACTION: PROTEST HENRY KISSINGER
Though a number of New Yorkers have been urging the 92nd St Y to cancel the planned appearance of Henry Kissinger, several local groups are organizing a protest for the scheduled talk.  Groups such as World Can’t Wait and Veterans for Peace are calling on people to join them in speaking out against the war crimes committed by Kissinger around the world in countries such as Vietnam, Cambodia, Bangladesh and Chile.
92nd St Y, 1395 Lexington Ave
718-596-7688 • nyc@worldcantwait.org

7pm • Free
ART OPENING: MAVI MARMARA MEMORIAL EXHIBIT
To commemorate the one-year anniversary of the death of nine peace activists killed by Israeli soldiers on the Gaza freedom flotilla, Alwan for the Arts and Brooklyn for Peace will present a multi-media exhibit of works grappling with the Israel-Palestine conflict.  The exhibit will be open until June 3.
Alwan for the Arts, 16 Beaver St
646-732-3261 • alwanforthearts.org

WED JUNE 1
6:30pm • $15/$10
FUNDRAISER: FRIENDSHIPMENT CARAVAN TO CUBA
Join the Pastors for Peace for a talk on the development of arts in Cuba and stick around for musical performances by Mahina Movement and Larry Kiwan.  All proceeds will go towards funding the organization’s 22nd trip through the States to educate people on the U.S. blockade of Cuba and collect supplies and resources to send to the Cuban people.  Food and drinks will be served.
Brecht Forum, 451 West St
212-242-4201 • ifconews.org

THURS JUNE 2
7pm • Free
READING: An AMERICAN RADICAL
Come hear selections from militant activist Susan Rosenberg’s memoir An American Radical: Political Prisoner in My Own Country.  In 1984 Rosenberg was sentenced to 58 years in prison for possession of explosives but received a commuted sentenced from President Bill Clinton.  Her memoir of her time behind bars serves also as a critique of the U.S. prison system.
Bluestockings, 172 Allen St
212-777-6028 • bluestockings.com

FRI JUNE 3
7:30pm • Free
FILM: WIKIREBELS
Watch and discuss the Swedish documentary about the work of the online organization Wikileaks in uncovering corrupt and criminal actions carried out by the U.S. and other governments.  Snacks will be provided at 7:00 before the screening.
Freedom Hall, 113 W 118th St
212-222-0633 • radicalwomen.org/newyork

JUNE 3–12
Various times • $8/$10
FESTIVAL: 2011 BROOKLYN FILM FESTIVAL.
More than 100 films will premiere this year at the Brooklyn Film Festival, whose mission is to bring the power of independent filmmaking to all Brooklyn and city residents. This year the films will tackle issues ranging from corporate takeovers and wars to abusive relationships and the role of government in modern society. Films will be screened at both Brooklyn Heights Cinema (70 Henry St, Bklyn) and indieScreen (289 Kent Ave, Bklyn).
718-388-4306 • brooklynfilmfestival.org