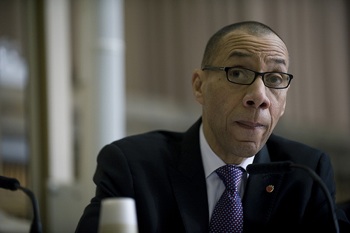 Incoming Schools Chancellor Dennis Walcott has been hailed as everything — courteous, savvy, a consensus builder, a regular man of the people — that his predecessor Cathie Black was not before she was unceremoniously dumped by Mayor Michael Bloomberg on April 7. The rush to embrace Walcott as the anti-Black was embodied in a New York Times puff piece in which the paper of record reached back to an ancient anecdote from Walcott’s time in a recreational football league that shows him as both a scrappy competitor and a man of almost Ghandian forbearance.

However, Walcott, 59, who has served as a deputy mayor for education and community development since 2002, will not have any more of a say over the next steps for education in the city than Bloomberg’s hand-picked school board. Instead, he will be tasked with advancing the mayor’s top-down, business-oriented restructuring of the city’s 1.1 million student public school system during the final two-and-a-half years of Bloomberg’s administration.

Here are some flashpoints to watch for as Bloomberg and Walcott push forward:

• More school closings and co-locations: Under Bloomberg’s watch, the Department of Education (DOE) has closed more than 100 public schools and subsequently carved them up for use by smaller, more selective schools, many of them privately run charter schools. Dozens of others public schools have had charters co-locate inside their buildings and take valuable space, a process that has also roiled neighborhoods across the city. Expect Walcott to offer conciliatory words, but with the more than doubling of the state limit on the number of charter schools last year, school closures and co-locations are likely to continue. 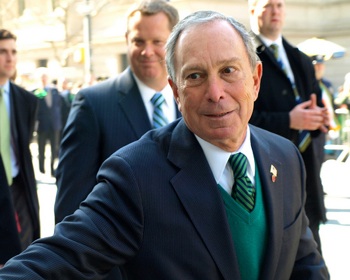 • Increasing class size: Lower class size is one of the few reforms that have been shown to consistently improve student performance. This is especially true in the formative early years of a child’s education. Yet, class size in city schools has steadily increased in the past three years, including in grades K–3. At an April 7 meeting with parents at a Park Slope elementary school, DOE officials were showered with boos when they disclosed that class size limits were being boosted to 25 students for kindergarten and 32 for first grade. “What makes [P.S. 107] unique is the intimacy of it,” one parent told the Park Slope Patch. “It’s being ripped out from under us.”

• Teacher layoffs: Crowded classrooms may be a pressing concern for parents, but not the mayor. Instead, he has threatened to cut as many as 6,000 teacher positions in the hopes of forcing concessions on teacher seniority rules that would make it easier to get rid of higher-salaried veteran teachers in favor of cheaper new hires. It appears as if the Democratic-controlled State Assembly won’t give Bloomberg what he wants this year but look for him and Walcott to continue pushing the issue.

• School construction: Thirty percent fewer new school seats were created in the first six years of the Bloomberg administration than in the last six years under his predecessor Rudy Giuliani. Now, one-fourth of elementary schools have kindergarten waiting lists. When a group of Lower Manhattan parents complained to Cathie Black about school overcrowding, she joked that they should use birth control. Walcott won’t make those kinds of gaffes, but after years of underinvestment a sustained period of new school construction will be needed to address the overcrowding crisis.

• Clicks not bricks: Last November the DOE announced it would create 50,000 new class seats by 2014. By April, the goal had been scaled down to 29,000 seats though there was no change in enrollment.

Meanwhile, the latest 2010–2014 Capital Plan calls for $957 million to be spent on establishing online learning systems at 400 schools over the next two to three years (including $540 million in Fiscal Year 2012) as the Bloomberg administration pursues its vision of entire classrooms of students taking courses (and standardized tests) online. To date, there has been no independent research done that shows this form of learning is more effective for schoolchildren.