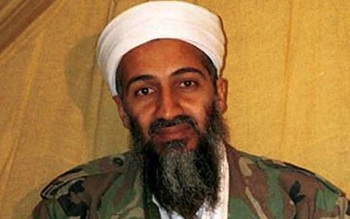 The jubilation of Americans and Western leaders at the death of Osama bin Laden, though understandable, misses the point. In many ways, the figure gunned down in Pakistan was already irrelevant — more a symbol of past dangers than a real threat for the future.

Indeed, from the point of view of America and many of its allies, the most menacing symbol in the Arab World today is not Osama bin Laden but another Arab who recently met a violent death — Mohamed Bouazizi, the 26-year-old Tunisian fruit vendor who chose to set himself on fire after being harassed by corrupt local police.

His act, of course, ignited the storm that has spread across the Arab World and proven a much more serious threat to America’s allies in the region than al Qaeda ever was. Ironically, his sacrifice probably also dealt a far more devastating blow to al Qaeda’s fortunes than the assassination of Osama bin Laden.

The Arab world today bears no relationship to the situation a decade ago after 9/11. Obsessed with bin Laden and al Qaeda, the U.S. has been sucked into a vast quagmire — a disaster for the Americans, their economy, and their standing in the Arab World.

What particularly provoked Osama bin Laden — a Saudi — was the decision of Saudi rulers to accept the presence of more than a hundred thousand “infidel” U.S. troops and their allies in Saudi Arabia following Saddam Hussein’s invasion of Kuwait. In general, he and his followers were outraged by U.S. support for corrupt, repressive regimes from Saudi Arabia to Egypt to Yemen, as well, of course, for America’s backing of Israel.

As Osama himself told CNN in 1997, “the U.S. wants to occupy our countries, steal our resources, impose agents on us to rule us and then wants us to agree to all this. If we refuse to do so, it says we are terrorists… Wherever we look, we find the U.S. as the leader of terrorism and crime in the world.”

Bin Laden’s message resonated throughout the Muslim world. But U.S. officials remained deaf to its meaning, and continued obsessed with al Qaeda and its Taliban allies. The upshot — U.S. policy was the best recruiter Osama could have asked for. Over the past decade, hundreds of thousands of American soldiers, CIA killer teams, mercenaries, predators, and “diplomats” swarmed across the region from Iraq to Afghanistan to Pakistan to Yemen and Somalia, supported by sprawling new bases and pharaonic embassies.

The bill for all this — for an America crippled by cutbacks in health, infrastructure. and education — will be in the trillions of dollars. But despite this massive effort, none of those targeted Arab countries could by any stretch of the imagination be considered a success story. Hostility to the U.S. is high throughout the region. In polls, the majority of those Arabs queried consider the United States a greater threat than al Qaeda.

In Pakistan, despite the U.S. lavishing tens of billions of dollars on that country’s military, it turns out that Osama bin Laden, rather than groveling as an outlaw in the isolated tribal regions, has been living in a fortified villa near the country’s major military academy and a large army base, just a few miles away from the capital city.

America had also launched an ambitious civilian aid program: $7.5 billion over five years, designed to win Pakistani hearts and minds and bolster the civilian government. But, corruption is so rife throughout the Pakistani government, and its officials so incompetent, that the U.S. has been unable to disburse most of the aid. As the New York Times reports:

Instead of polishing the tarnished image of America with a suspicious, even hostile, Pakistani public and government, the plan has resulted in bitterness and a sense of broken promises…

The economy is failing. Education, health care and other services are almost nonexistent, while civilian leaders from the landed and industrialist classes pay hardly any taxes.

Pakistanis see the aid as a crude attempt to buy friendship and an effort to alleviate antipathy toward United States drone attacks against militants in the tribal areas.

The same reports come from Afghanistan. A decade after the U.S. invaded, tens of thousands of American troops are still fighting what seems to be, at best, a see-saw battle against the Taliban. There also, according to another report in the New York Times , the U.S. is backing incompetent, corrupt, unpopular leaders. Millions of dollars of U.S. funds actually get diverted as payoffs to the Taliban and their allies — bribing them not to attack U.S. projects, such as $65 million highway that may never be completed in Eastern Afghanistan.

The vast expenses and unsavory alliances surrounding the highway have become a parable of the corruption and mismanagement that turns so many well-intended development efforts in Afghanistan into sinkholes for the money of American taxpayers, even nine years into the war.

Now back to Mohamed Bouazizi the Tunisian fruit vendor whose death unleashed the Arab Spring that is still roiling the region.

Though Osama Bin Laden and Al Qaeda have yet to be credited with overthrowing an Arab regime, the spark provided by Bouazizi has already led to the downfall of American-backed tyrants in Tunisia and Egypt, and continues to threaten other despots in Libya, Yemen, Syria and Bahrain.

Ironically, most of the leaders overthrown or desperately trying to hang on to power had declared themselves implacable enemies of al Qaeda. Yet, again, it was not bin Laden, but Bouazizi, who turned out to be a far greater menace.

Precisely for that reason, it is Bouazizi’s Arab Spring, not sophisticated U.S. killer teams, that most threaten al Qaeda and its allies. By demonstrating that secular uprisings can succeed in toppling the aged, crusty tyrannies, young Arabs across the region have — so far — undercut the appeal of the Islamic radicals.

So far, because despite the early successes in Tunisia and Egypt, the future of the Arab Spring is far from clear. The current process will take decades to play out. The political and economic establishments have been decapitated in Egypt and Tunisia, but not decimated. In the rest of the region, though seriously shaken, the old order still reigns supreme.

The same corrupt Saudi regime that fueled bin Laden’s outrage is still in power, still backed by the United States. Indeed, they have been doing their utmost to tamp the spreading revolt, spending millions to bribe Yemen’s tribal leaders, dispatching their troops to Bahrain to help crush the uprising of the Shiite majority in that country.

Indeed, that brutal repression may radicalize thousands of young Shiites, generating hosts of new recruits for al Qaeda or other extremists Islamic groups — even as the corpse of Osama bin Laden lies somewhere at the bottom of the sea.

This article was originally published on TruthDig.com, from CommonDreams.org.