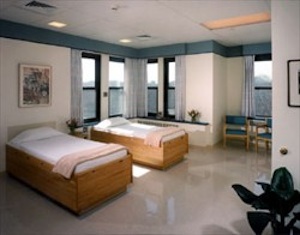 Stephanie Moulton reportedly loved her job as a social worker serving mentally disturbed people living in group homes under the care of the state—many of them having ended up there as a result of criminal charges.

Moulton was brutally killed by one of the schizophrenic men in her care, Deshawn James Chappell, while the 100-pound woman was, as usual, working alone at the group home. Other residents had left for programs and she was taking Chappell to an appointment when he stabbed her to death, dumped her body and fled to his grandmother’s house. His distraught mother told The New York Times she had been telling officials at two different homes for some time that her son was off his medication and becoming increasingly erratic and violent. Working alone, Moulton was not physically equipped for the challenge.

Meanwhile, workers at juvenile detention centers in a number of states are complaining of being regularly attacked by their young charges, and discouraged from reporting the incidents by higher-ups, as reported by the Associated Press last week.

Both situations are examples of how government budget cuts and privatization of social services over the years—becoming even more critical in current times—put both government workers and people under the government’s care at serious risk.

The New York Times story relates Moulton’s murder to the larger trends of de-institutionalization of the mentally ill and also the privatization of group homes that pick up much of the slack for greatly decreased numbers of beds for the mentally ill in medical facilities.

De-institutionalization, on the one hand, was seen as a just way to grant more freedom and autonomy to people with mental issues who did not necessarily need to live in institutional, often repressive settings. But it was also a major way for state and federal government agencies to cut costs, and many said the civil rights aspect was largely cover for cost-cutting that leaves legitimate needs for institutional settings unmet.

Chappell‘s mother said it was not until he faced criminal charges that her son was able to get into government care, even at one of the relatively open group homes where he was allowed to go off his medication and ultimately killed Moulton.

Even after de-institutionalization, group homes have increasingly been privatized, meaning less oversight of their staffing levels or other practices and more incentive for the companies to cut corners to make a profit. Moulton was transferred to the home where she was killed after she was threatened by a hostile resident at another home.

As employees of individual private companies, workers at these facilities would likely find it very difficult to unionize; whereas if the government were running the group homes, workers would at least likely be represented by a relatively powerful public employees union.

Workers at juvenile detention facilities are largely represented by unions, which are speaking out about the physical risks faced by staffers. The AP quotes Jason Prevatt, who suffered a concussion, broken nose and black eyes when attacked by youth at a Massachusetts facility last year:

When I come through the door, I just feel like I have no rights … It’s very unsafe and it’s basically enter at your own risk.

Juvenile detention workers said they are understaffed and are strongly discouraged from reporting or especially pressing charges regarding assaults by youth detainees. One administration official was quoted saying prosecuting youth would be contrary to the idea of working for their rehabilitation.

But workers note that allowing detainees to act up with few consequences makes things unsafe for staff and other detainees. The AP reported:

In Maryland, a 13-year-old boy at a juvenile detention center was charged last year in the death of a 65-year-old teacher, who was beaten, sexually assaulted and choked. An investigation found that the slaying was the result of “multiple systemic security failures,” including outdated buildings and a shortage of security cameras and radios for staff.

In Massachusetts, there were 182 assaults on staff by youths during the 9-month period ending in February, according to figures provided by the American Federation of State, County and Municipal Employees Council 93, which represents more than 45,000 employees in Maine, Massachusetts, New Hampshire and Vermont.

Of course, reports of abuses and neglect by staff at group homes and juvenile detention facilities nationwide are also common. For example, in Chicago several years ago, youth at a temporary detention facility alleged they were forced to eat rotten food and go without clean underwear for weeks.

The root causes of abuses and harm suffered by both residents and staff in such government-run facilities are likely the same—slashed budgets, lack of oversight, privatization and general lack of respect for both people in government detention or care, and those who work with them.