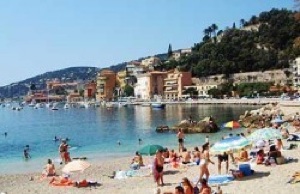 Summer has arrived, the flowers are bursting, the air is warm, the sun is out, and you’re starting to fantasize about your vacation. No matter: Your boss has a big project for you, so you will be clocking more overtime instead of spending time with the people you most care about.

In part, the massive layoffs of the Great Recession have vastly increased the workloads of those still working. “Increasingly, American workers are falling prey to what we’ll call “off-loading”: cutting jobs and dumping the work on to the remaining staff,”  Monika Bauerlein and Clara Jeffery observe in Mother Jones.

Before Corporate America’s big wave of unionbusting—under which union sympathizers are routinely fired (31,358 in 2005 alone) and unionized plants are especially targeted for closing—labor was powerful enough to establish a decent level of leisure time. Nonunion firms carefully copied the standards in union facilities as a means of remaining non-union.

But with unionization now diminished to just under 12 percent of the total workforce, unions are no longer a sufficient force to negotiate a standard for their members that will then become the norm for nonunion firms as well.

U.S. law doesn’t mandate any level of guaranteed vacation days. In fact, it doesn’t even guarantee you a half-hour lunch break, which is provided (or not) at the employer‘s whim.

“The U.S. is the only advanced nation that does not legislate a minimum number of days of vacation,“ writes Greenhouse. “The average in the country is 12 days of vacation per year, with 36 percent of Americans reporting that they do not use all the vacation days to which they are entitled.”

While the Right—funded by major corporations—endlessly bombards us with rhetoric about family values, Corporate America is pressuring us to spend less and less time with our families. Wal-Mart, despite the low pay it offers, frequently demands that workers pledge to be available 24 hours a day in case a need for additional staffing arises, Greenhouse writes.

Meanwhile, “22 percent of workers are expected to respond to work e-mail when they are not at work,” Mother Jones states.

The vast expansion in technology and productivity has hardly freed us from the pressures of work. Instead, it has extended the reach of employers—who can send us an e-mail while we are vacationing at a beach anywhere in the world—to intrude into our time relaxing with our families.

Across the board, the United States lags far behind other nations in providing legislated protections for workers and their families. In a world with more than 200 nations, the U.S. continually grants the least assistance to working families, as Monika Bauerlein and Clara Jeffery document:

Paid annual vacations: The US and only eight other nations [do not guarantee these].

Time off each week: The US and just 15 others fail to guarantee this through legislation. (The US requires overtime pay beyond 40 hours to non-supervisory workers, but there is no legislated limit on the amount of compulsory overtime.  Moreover, employers have commonly abused the definition of supervisors to squeeze unpaid overtime work from employees afraid of losing their jobs if they complain.)

Paid maternity leave: the US and 5 other nations.

WHO HAS REALLY GAINED

But don’t all the long hours piled up by hard-working Americans make us the most productive nation in the world and create broadly-shared prosperity? Not quite, Greenhouse notes:

One surprising result of this spurt in hours is that American workers are no longer the most productive per hour, although because of the huge number of hours they toil each year, Americans can still boast the highest productivity per worker.

Moreover, the gains from increased productivity have gone almost entirely to the richest 1 percent of Americans. As Bauerlein and Jeffery explain,

Productivity has surged, but income and wages have stagnated for most Americans. If the median house income had kept pace with the economy since 1970, it would now be nearly $92,000, not $50,000.

The result for an ever-increasing swath of American families: incredible financial pressures to keep up with the bills coupled with intensifying pressure to find time to spend with their loved ones.

This familiar dilemma for working families raises the most central issue of our times: Will the incredible productivity of the global economy be democratically organized so that all of humanity can benefit with enriched lives? Or will a tiny global elite reap all the benefits while the rest of us feel increasingly enslaved?