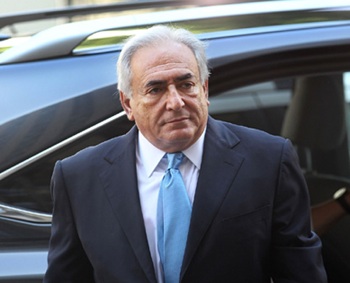 Last week, a variety of media harped on the imminent demise of the rape case against former IMF chief Dominique Strauss-Kahn because of his accuser’s so-called credibility problems. Despite the backlash (and in notable cases the backlash to the backlash) against her, the Guinean Sofitel housekeeper isn’t going away quietly.She proved that last Wednesday when she rightfully sued Rupert Murdoch’s New York Post for libel. From a copy of the filing, which refers to stories and headlines like, “DSK MAID A HOOKER: ‘Took care’ of guests on the side”:

“In, several news articles published in both the hard copy and online editions of the New York Post on July 2, 2011, July 3, 2011 and July 4, 2011, Defendants falsely, maliciously and with reckless disregard for the truth stated as a fact that the Plaintiff is a ‘prostitute,’ ‘hooker,’ ‘working girl” and/or ‘routinely traded sex for money with male guests’ of the Sofitel hotel located in Manhattan. Defendants also falsely stated in the New York Post that the Plaintiff recently engaged in acts of prostitution with various men at a hotel located in Brooklyn following the sexual assault and while under the protection of the Manhattan District Attorney’s Office and that she was turning tricks on the taxpayers’ dime.”

What makes the prostitution accusation so egregious is that it’s based on the word of an unidentified source on or affiliated with Dominique Strauss-Kahn’s investigative team. It rests on quotes like:

“There is information … of her getting extraordinary tips, if you know what I mean. And it’s not for bringing extra f—king towels,” a source close to the defense investigation said.

The woman also had “a lot of her expenses — hair braiding, salon expenses — paid for by men not related to her,” the source said.”

I don’t know how the New York Post reporters, editors, copy editors and graphic designers responsible for this hack job can sleep soundly at night. Then again, they’re on the same team as News of the World, the Rupert Murdoch-backed tabloid forced out of business after 168 years because its reporters were caught paying corrupt cops for tips and hacking into the voice mails of the families of terrorist attack victims and fallen soldiers. (So far, three people have been arrested, including Andy Coulson, a former editor who has also served as a communications director for British Prime Minster David Cameron.)

Whatever the outcome of her libel case, DSK’s alleged victim has managed to interrupt a dangerous script the defense wrote, the prosecution capitulated to and the media parroted. And actually DSK—who is also facing attempted rape charges brought by his ex-wife’s goddaughter in France—should thank her. Because if the housekeeper he admitted having a sexual encounter with is a prostitute, you know what that would make him? A married 62-year-old john who goes to lunch with his daughter after paying a woman half his age for sex.

Who’s winning with that?

Extra: Read about a Harlem-based gathering in support of a vigorous trial here.

This article was originally published on Colorlines.com.