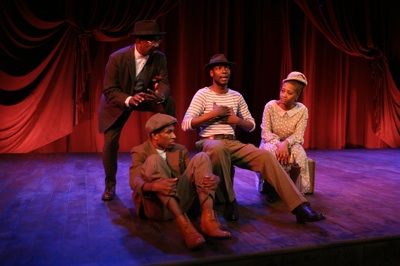 BROOKLYN IN THE SPOTLIGHT: Members of Families United for Racial and Economic Equality (FUREE) and The Foundry Theatre recently teamed up to perform FUREE in Pins & Needles, pictured above. The musical is a Brooklyn-based adaptation of the historic musical revue Pins & Needles, which ran on Broadway from 1937 to 1941 and spoke out for the disenfranchised and satirized right-wing politicians.